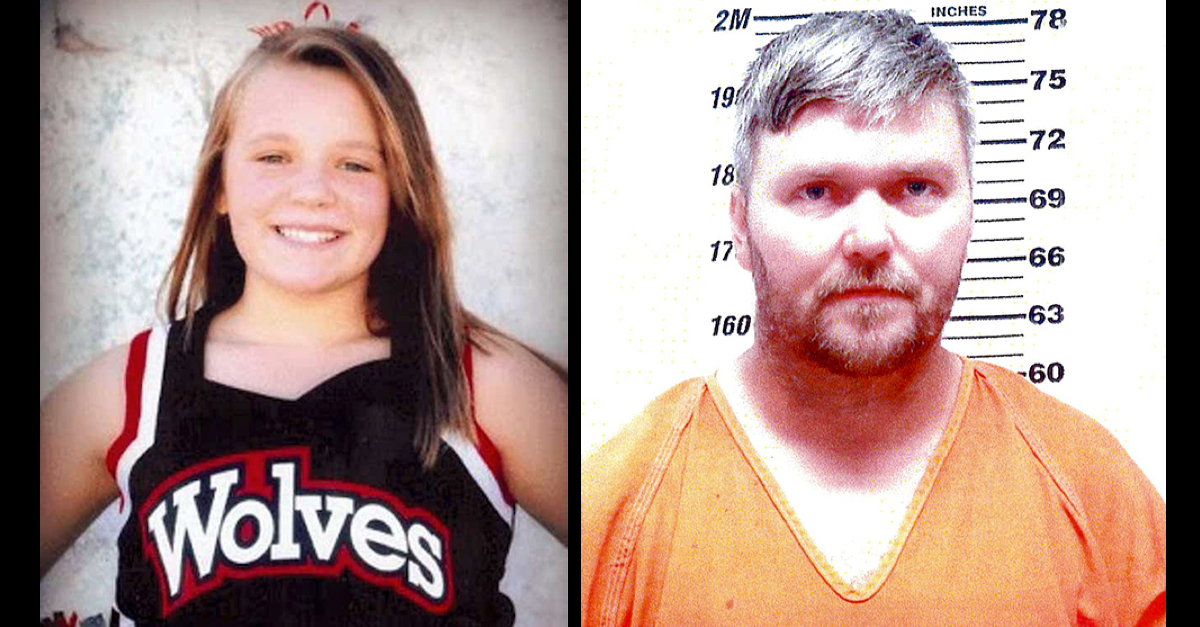 A Texas man accused of killing his girlfriend’s 13-year-old daughter in 2010 was indicted last week more than a decade after the girl was first reported missing. A grand jury in Mitchell County returned a true bill indicting Shawn C. Adkins on one count each of murder and tampering with evidence in the death of Hailey Dunn, Abilene CBS affiliate KTAB-TV reported.

Adkins, 35, was Billie Jean’s live-in boyfriend at the time of Hailey’s disappearance, and he was the sole person of interest in the case, but investigators reportedly lacked enough evidence for an arrest until earlier this year. He had previously been described as the last person to have seen Hailey Dunn alive.

He was finally taken into custody by officers with the Big Springs Police Department in June 2021 on suspicion of murder. The grand jury returned his indictment on Dec. 30.

In court documents filed in the 32nd Judicial District Court, copies of which were obtained by KTAB, prosecutors reportedly revealed for the first time how they believe Hailey was murdered.

“Shawn Casey Adkins is accused of striking Hailey Dunn in the head with an unknown object causing her death on Dec. 26, 2010,” the report stated.

The evidence tampering charge stems from Adkins allegedly disposing of Hailey’s body by dumping the remains near the lake after the murder. Prosecutors reportedly accused him of “intentionally and knowingly concealing a human corpse, namely the body of [Hailey], with the intent to impair its availability as evidence in any subsequent investigation or official proceeding related to the offense.”

Hailey’s father, Clint Dunn, whose relentless efforts to find his daughter’s killer were reportedly a “driving force” behind Adkins’s arrest, praised the indictment through a spokesperson.

“We remain grateful for all the positive support. It’s been a long six months of waiting after a decade of injustice. On New Year’s Eve, Mr. Dunn received a call about an official indictment,” a statement sent to KTAB said. “We are told there are now two (2) felony counts involved. To those in local media asking us for updates, we encourage you to make those calls on your own. Please do not ask us to discuss what we are obligated to protect. Mr. Dunn will remain unavailable for comment until after the trial is over.”

Clint Dunn had previously expressed frustration with the lack of progress in his daughter’s case and in 2019 said he was being left in the “darkness” because “law enforcement is not communicating with me at all.”

Adkins has remained under detention in Mitchell County Jail on $2 million bond.

In a 2011 television interview broadcast by KTAB/KRBC, Adkins denied any involvement with Dunn’s disappearance or death and provided the following narrative of his alleged actions on the day she went missing.

That morning I drove to work. I quit my job, and I turned in my belongings, and I didn’t speak to nobody at work. And, I left work. I stopped by this residence. Nobody was here, so I continued going towards C City, and I got on I-20, and I went to Big Springs to my mother’s house, and I made calls on my cellphone to my mom letting her know that I quit my job and everything. I got to my mom’s house that day, and I got on the internet, uh, looking up unemployment to see if I could get, you know, an unemployment check ’til I could get back on my feet and everything. And that was my day. Then I came home around — I guess — like 3:00 I got there.

He then described his version of his final interactions with Dunn:

Hailey was there watching TV in the living room, and I went into me and Billie’s bedroom. And she came in there and told me she was going to her father’s house and that she was staying the night with a friend. And then she left. And then I was there by myself for maybe an hour at the most. And then David and a friend came over, and they went to his room, and they were playing video games and so forth. And Billie called me and told me that, uh, that her relief got there — and that she was gonna get to leave a little early. So I was up there at the hospital in, uh, Snyder around 6:00 to pick her up and then came back. And then we went to bed shortly after that.