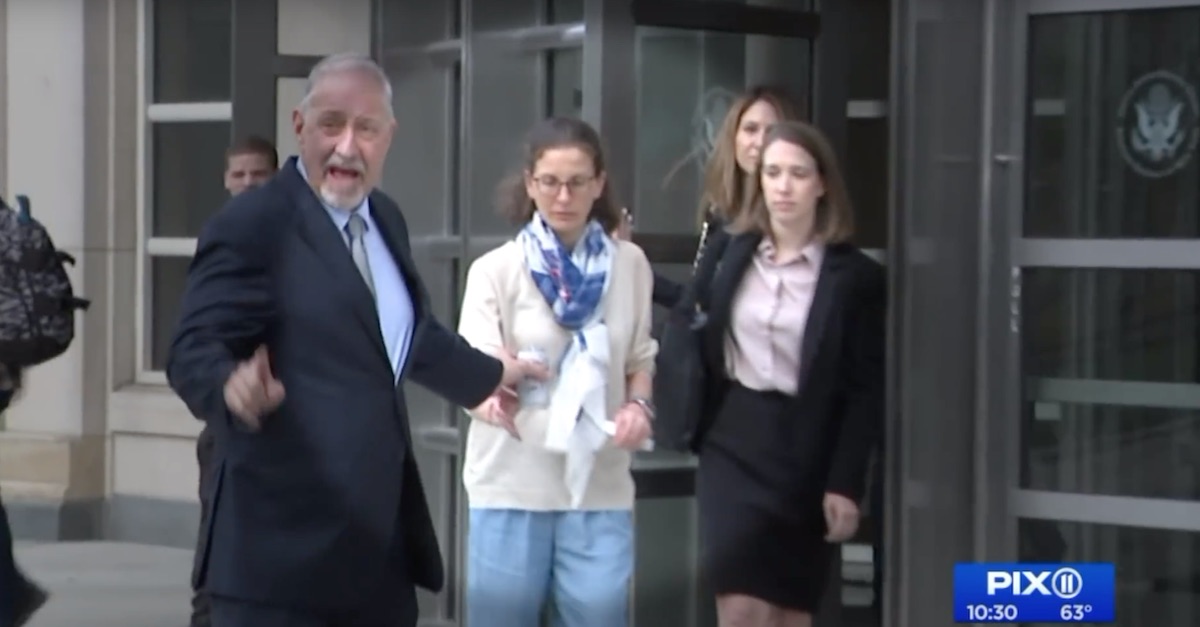 An alleged sex cult member turned witness against the accused claimed in a Brooklyn, New York federal courtroom on Monday that the Seagram’s liquor heiress who already pleaded guilty in the NXIVM case once tried to illegally raise money for Hillary Clinton’s 2008 presidential campaign.

Clare Bronfman recently decided to plead guilty to harboring an illegal immigrant for financial gain and fraudulent use of identification, admitting to her role in the NXIVM racketeering conspiracy. Documentary filmmaker and former NXIVM member Mark Vicente said that Bronfman tried to buy influence for NXIVM by funneling thousands in illegal campaign contributions to “curry favor” with then-presidential candidate Clinton.

“Clare Bronfman approached other people and said she would like to make a campaign contribution but she couldn’t make it above a certain amount,” Vicente said, according to the New York Post. “I wrote a check. She paid me back.”

Vicente said the check was for somewhere between $2,000 and $3,000. Individual contributions to federal campaigns were capped at $2,300 at the time.

Vicente could not recall whether the money went to Bill or Hillary Clinton but admitted “maybe it was her” when prosecutor Mark Lesko reminded him that Hillary ran for president that year.

Vicente previously testified that NXIVM founder Keith Raniere was seen as a “kind of god” within the organization.

“I was awe-struck by the — kind of the — what I saw as this intellectual model,”  he said. “By the time you saw him, it was a little bit like you were seeing, you know, some kind of god.”

NXIVM was founded by Raniere as a “self-improvement group,” but prosecutors alleged that women were recruited to be sex slaves. He has yet to plead guilty. The trial of Raniere, NXIVM’s so-called Vanguard/Master/Grandmaster/Eternal Student, has gone about as expected so far.