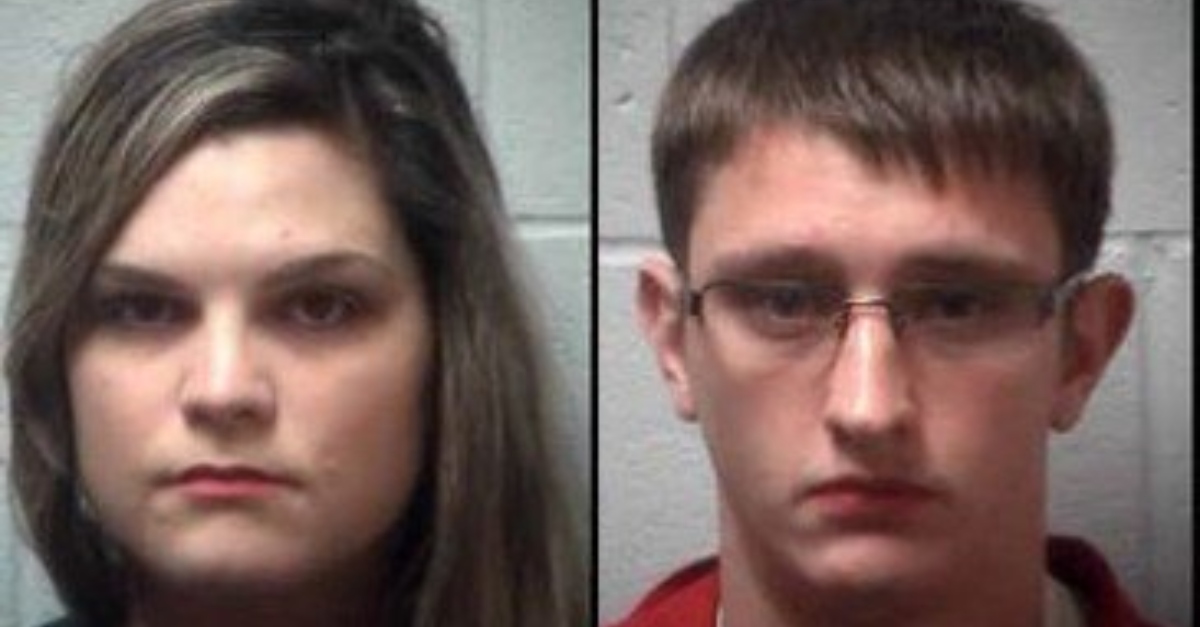 Georgia couple Jennifer and Joseph Rosenbaum were both convicted on Thursday in the murder of their 2-year-old foster daughter Laila Marie Daniel.

#RosenbaumTrial – Jennifer and Joseph were convicted of many of the 49 charges. The bottom line is Jennifer faces Life on the Felony Murder. Joseph faces up to 30 years on 2nd-degree murder. They both face a lot of years on multiple cruelty to child, agg assault, agg battery pic.twitter.com/WkpjN9Cx82

Prosecutors said that the victim died on November 17, 2015. The defendants tried to pass this off as her choking to death after eating chicken, but medical examiners determined she sustained blunt force trauma to her abdomen, authorities said. Even the girl’s pancreas was separated in two pieces.

#RosenbaumTrial – Dr. Darrisaw says she sees liver injuries most frequently in the context of child abuse. Abdominal trauma is the second most frequent. Did you find damage to Leila’s pancreas?
Dr. : The pancreas was “transected” – separated into two pieces pic.twitter.com/cXCIwIVrbK

#RosenbaumTrial – Forensic pediatric pathologist is testifying to the injuries, bruises, abrasions on 2-yr-old Laila’s body. She had 11 injuries to just the torso. She had injury to her liver, consistent with punching the abdomen. pic.twitter.com/hBhxHyCg4s

The defense insisted that this was an accident. Jennifer Rosenbaum allegedly said she performed the Heimlich maneuver to save Daniel.

Prosecutors from Cobb and Dekalb County took over the case because Jennifer Rosenbaum used to intern for the Henry County District Attorney’s Office.

Emergency room nurse Sarah Bohannon testified that she examined the victim, and told the parents about Daniel’s death. She claimed their behavior didn’t fit what usually happened during family notifications. Usually, relatives want to know what happened, but the Rosenbaums were quiet.

Joseph didn’t show a lot of emotion, while Jennifer rubbed her eyes saying she couldn’t cry anymore, Bohannan testified. This seemed out of the ordinary, said the nurse. Family members are usually beside themselves when notified about a relative’s death, especially if that relative is a child, she said.

“They’re sobbing,” she said. “They’re crying. They can be angry at times. They’re just distraught.” She did acknowledge that people react differently during these situations.

WATCH: During closing arguments, prosecutor Daysha Young smacks the table with a belt demonstrating how she says 2-year-old Laila was disciplined. #RosenbaumTrial pic.twitter.com/tyUrtIxXVS

Authorities said both Daniel and her sister were physically abused. Nurse Crystal Bales testified at trial that she found 15 bruises and two abrasions on the other girl’s body after Laila’s death.