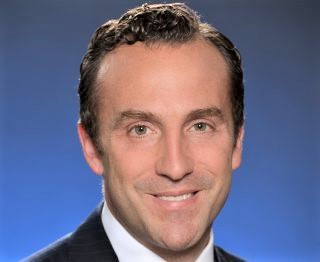 Tuesday night, The Daily Beast published an article going into great detail about how Reed Cordish, a new advisor to President-elect Donald Trump, serves as an executive at a company that has been accused of racially discriminatory practices. The article, which has been picked up and referred to by several other publications, makes references to a number of lawsuits against Cordish Companies, of which Reed Cordish is an executive, and Entertainment Concepts Investors (ECI), a subsidiary of Cordish Companies.  Reed Cordish is also named in the article as president of ECI, and is accused in the sub-headline of calling black people “urbans” and hiring “thugs” to scare black customers away from nightclubs his company owns. The headline even reads, “New Trump Adviser Being Sued for Hiring White Men to Attack Black Patrons.” But as we started actually digging into the lawsuits, we found out there’s a lot more to this story than meets the eye, and plenty of reasons to doubt the claims. For one, the headline is completely inaccurate. Mr. Cordish is not being sued personally. That’s just not true.

The extremely detailed report provided quotes from a number of former Cordish employees, describing horrible sounding practices including the use of “rabbits,” or white customers who were allegedly paid or given free drinks by the company to instigate altercations with black patrons so that bouncers would have an excuse to throw out the black customers. The allegations are frankly horrifying, enough that we wanted to learn more. But the further we investigated, the less confidence we had in the accusations.

First, three lawsuits are discussed in the Daily Beast‘s article, and Cordish Companies have not been found liable in any of them.  In addition, Trump’s pick for advisor, Reed Cordish, himself was not named as a defendant in any of them. The most significant of the cases was brought by Dante Combs and Adam Williams, alleging racist practices at Cordish-owned clubs in Kansas City. The case was described in the article as a class action lawsuit, yet court records show that the court denied class certification. The article also says that the Cordish Companies “won an initial ruling” in the case. In fact, the ruling was an outright dismissal of the case on summary judgment. As the Daily Beast reported, the decision is being appealed.

This case was the heart of the Daily Beast‘s article, which used some pretty strong statements from Christina Martinez and Thomas Alexitch. Martinez was an employee of a Cordish-owned club, and Alexitch described how he was one of the “rabbits” the company used.  What the article doesn’t show is that both Martinez and Alexitch later changed their stories at depositions.

Alexitch is cited in the Daily Beast as saying that “superiors” told him to target black people. At a later deposition obtained by LawNewz.com, Alexitch said he didn’t personally write the affidavit, and that his words were changed. He said that while the affidavit says that a club manager’s superiors (which would be the Cordish Companies) gave instructions about targeting people, in reality he never heard anything about superiors. So even, for the sake of argument, if there was discrimination going on, there’s no evidence that Reed Cordish or Cordish Companies had any hand in it.

Martinez, who was named as the source of the accusation that Reed Cordish referred to black customers as “urbans,” later admitted at a deposition that she didn’t recall hearing him use that word. Martinez was also cited by the Daily Beast as describing the use of rabbits to turn away black customers, as well as racist remarks from ECI VP Jake Miller. Yet, in the same deposition she said that she never received instructions from Reed Cordish or Jake Miller that led her to believe they expected customers to be discriminated against based on race.

With that in mind, it’s not surprising that the judge in the case found a lack of evidence of any racial motivation for the actions alleged in the lawsuit, or any connection to the Cordish Companies. While the allegations made mention of Cordish Companies’ use of rabbits, the judge ruled that there was zero evidence that they were used during fights Dante Combs had at two Cordish-owned bars or when he was denied entry to a third.

The Daily Beast article isn’t the first time that statements from Martinez and Alexitch have been used against the Cordish Companies. A 2015 report uses them extensively, and would easily lead one to believe that Cordish Companies have a horrible record of racial discrimination, especially since it bears the logo of the NAACP. But the NAACP didn’t actually produce the report, and even distanced themselves from it.

The report gained attention in 2015 when the Philadelphia NAACP was actually going to release it with a press conference when Cordish Companies planned on building a casino in the city. At the last minute, however, local NAACP president Rodney Muhammad canceled after learning that the report was linked to a labor union that was feuding with Cordish. It turns out the NAACP logo was placed on the report without the organization’s knowledge.

We asked the authors of the Daily Beast article if they had sources for the racial allegations against Cordish Companies other than this report, but they haven’t responded.

As for the other cases cited by the Daily Beast? One, brought by Shelton McElroy, is still going on and facing motions to dismiss. The complaint in that case also refers to the use of “rabbits,” but the allegations don’t describe anything involving them. Rabbits are described as undercover customers, but McElroy’s case involves a bouncer who allegedly ejected him from a club in Kentucky for violating the dress code, when he was supposedly wearing perfectly suitable clothing. Even if the allegations in the case are true, the complaint doesn’t show how Cordish is involved. The third case, brought by Ryan Thomas in Jackson County, Missouri, was settled in 2013.

It should also be noted that Reed Cordish himself has not been personally named in any of these cases, yet he’s the one feeling the wrath of the media because he was just tapped to be a Trump advisor. The Trump transition team said in a statement obtained by LawNewz.com:

The news stories by certain publications on Reed Cordish are misleading, malicious and false.  They consist of unsubstantiated allegations that were taken from a few suits that were found to be entirely baseless and dismissed by summary judgment with no finding of wrongdoing whatsoever, and a suit involving a third-party business with zero connection to Mr. Cordish. … The company has been nationally lauded for revitalizing urban-cores.  They have been vetted by Government agencies across the country including being awarded gaming licenses in multiple states.  In fact Cordish has been recognized from leading civil rights groups as a model company for inclusiveness.

The Cordish Companies said in a statement, “The inaccuracies and maliciousness of the press to date is evidenced by the fact neither Mr. Cordish nor the company were provided the opportunity to set the record straight by the media.”

None of these cases resulted in a court finding that Reed Cordish or Cordish Companies engaged in racial discrimination, and statements claiming that they did have racist practices have come under significant doubt. So why run a story about it?

Update: The Daily Beast has since changed their headline and posted an editor’s note clarifying that the lawsuits were against Cordish Companies, not Reed Cordish himself, that Cordish won summary judgment on the Combs case, and that Reed Cordish was not accused of hiring “thugs” or “rabbits.”

[Image via The Cordish Companies]