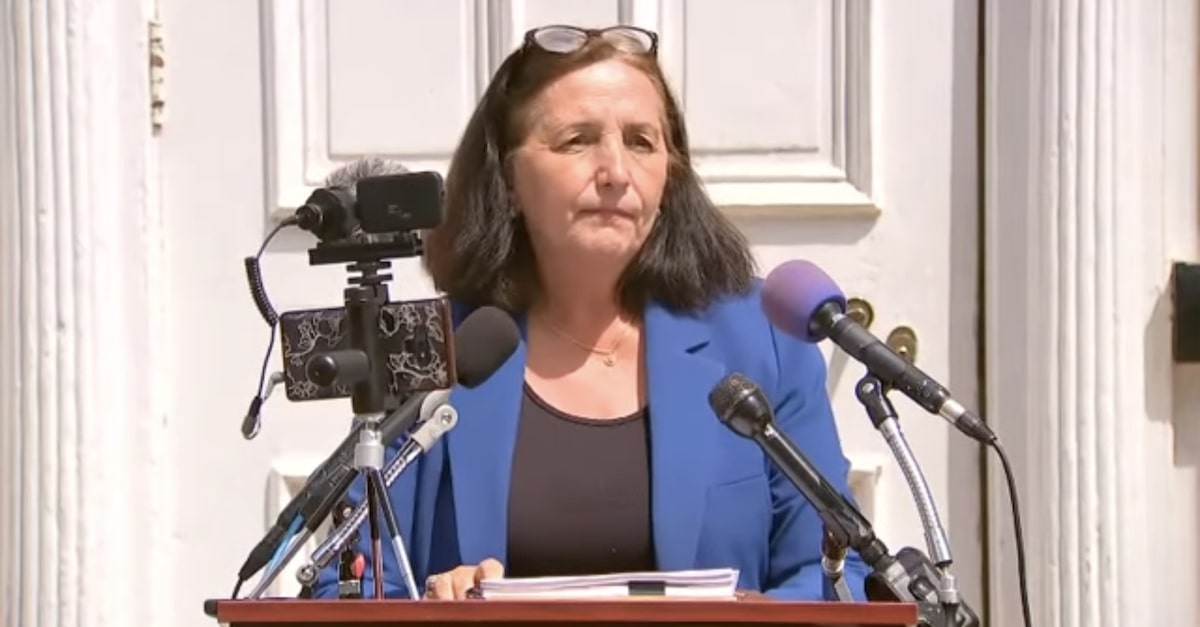 Virginia’s highest court found that a judge wrongfully removed a county prosecutor from a case without a hearing because she gave a lenient plea deal to a teenager charged with committing serial burglaries.

In June, a Loudoun County judge “removed and disqualified” the Commonwealth’s Attorney Buta Biberaj (D) from the case of Kevin Valle, a 19-year-old charged with an alleged smash-and-grab rampage. The Washington Post reported that the teen threw rocks through windows and doors of local businesses in order to get inside and then stole merchandise or cash.

Elected among a wave of self-described progressive prosecutors across the United States, Biberaj favors a brand of criminal justice reform that emphasizes alternatives to incarceration. Her case gained national attention as that movement gains steam — and encounters pockets of opposition.

Efforts to disqualify and remove elected prosecutors over their policy choices have been cast by critics as an anti-democratic attempt to override the will of the voters.

In the Valle case, Circuit Court Judge James E. Plowman Jr. took his dramatic action — without notice — after finding that Biberaj’s office “sanitize[d]” the facts of the case and deemed her unable to “properly prosecute this case with the detail and attention required of a criminal prosecutor.”

On Thursday, the Virginia Supreme Court found that Plowman didn’t provide Biberaj sufficient due process before he “divested her of her constitutional authority to prosecute.”

“Additionally, Biberaj was entitled to notice and an opportunity to respond before Judge Plowman publicly relieved her of that authority based on the conclusion that the plea agreement […] amounted to professional neglect, ineptitude, or malfeasance that infected Biberaj’s whole office,” the high court’s order states.

The court added that Plowman should have given Deputy Commonwealth’s Attorney Michele Burton, who executed the plea deal, more of an opportunity to defend the statement of facts that they provided supporting the agreement.

“Although Judge Plowman made statements that he believed the [statement of facts] was misleading or incomplete, he never notified Burton or anyone in Biberaj’s office that he was contemplating finding that anyone in that office had committed professional misconduct or was unfit to continue prosecuting Valle’s case,” the order states. “Further, Judge Plowman never provided notice that he might discipline Biberaj or her subordinates, whether by disqualification or otherwise, based on such findings.”

In a footnote of the unsigned order, the court added: “In reaching this conclusion, we offer no opinion on any other issue relevant to the disqualification of Biberaj and her office.”

Fair and Just Prosecution, a non-profit group that gathered more than 60 current and former elected prosecutors in Biberaj’s support, celebrated the ruling.

“Discretion is a power uniquely vested in chief prosecutors, who are chosen through democratic elections precisely so that the community can determine what vision of justice can best promote safety, equity and fairness,” the group’s executive director Miriam Krinsky said. “It is essential that this authority is protected from judicial intrusion and overreach.”

In July, the group filed a friend-of-the-court brief on behalf of the more than 60 current and former local prosecutors who called Biberaj’s ouster a “dramatic and unprecedented move.”

“Efforts to prevent CA Biberaj from carrying out the exact work she was elected to do based simply on a disagreement with decisions squarely within her established prosecutorial discretion undermine the sanctity of separation of powers and erode the will of the voters,” Krinsky said. “We applaud the Virginia Supreme Court for ensuring that CA Biberaj and her staff have the opportunity to be heard – and to represent the voice of the people – before a judge takes the extreme action to remove her entire office from a case.”