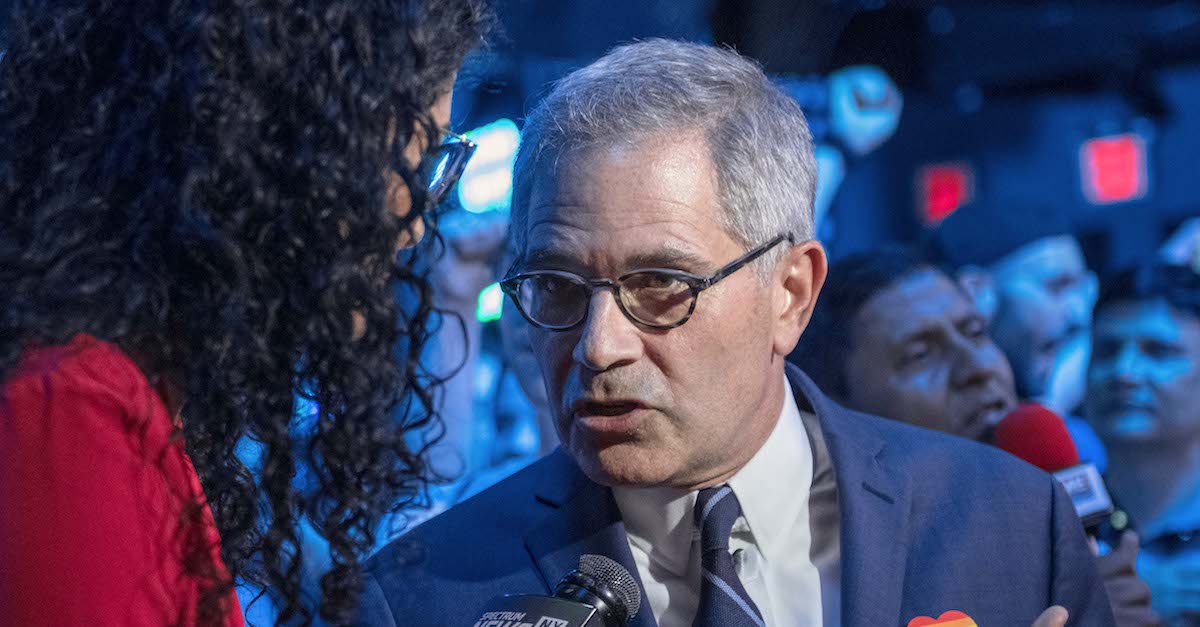 Philadelphia District Attorney Larry Krasner (D), one of the first of a wave of progressive prosecutors elected on a criminal justice reform platform, made “false” claims that his office communicated with the family members of the victims of a man that he sought to free from death row, a federal judge found.

The following day, in what could only be described as a rough week for the top prosecutor, the Pennsylvania House of Representatives voted to hold him in contempt for failing to cooperate with the committee investigating his possible impeachment.

“Extremely Disappointed to Learn of the District Attorney’s Stance”

According to a scathing 28-page memorandum opinion, the district attorney’s office wrongly suggested the relatives of the Pennsylvania couple killed by Robert Wharton supported his release from death row. In fact, U.S. District Judge Mitchell Goldberg found, Krasner’s office did not even contact the sole surviving victim of the attack: Lisa Hart-Newman, who was an infant when Wharton killed her parents, turned off the heat, and left her inside the house to die.

“This Court (which only learned of the family’s opposition through the Attorney General’s Office) is not the only one who considered the District Attorney’s representations misleading,” the opinion states. “Lisa Hart-Newman, the infant, now age thirty-seven, who was left to die by Wharton after her parents were murdered, stated she was ‘extremely disappointed to learn of the District Attorney’s stance and very troubled that he implied that the family approved of his viewpoint.’ […] Michael Allen, one of the brothers of the deceased, also noted, ‘[I]t would appear that there was a substantially deficient briefing by the DA’s office regarding the significance and implications for vacating Wharton’s death penalty.'”

Krasner, who worked at the Federal Public Defender’s Office before becoming an elected prosecutor, is an opponent of capital punishment, and one of his early actions in office was to drop dozens of drug charges as the city braced to decriminalize marijuana. His office sided with Wharton in his federal habeas death penalty case on the grounds that his lawyer failed to properly investigate and present evidence of his positive adjustment to prison.

The DA’s office argued that they did not need to present a full investigation of the facts for and against Wharton, but Judge Goldberg noted that the Third Circuit gave prosecutors precisely the opposite instruction.

“Trial courts and lawyers take direction from appellate judges,” wrote the judge, who — ethics disclosure here — is the father of Law&Crime’s director of podcasting Sam Goldberg. “This is such a basic legal principle that no precedential or statutory citation is needed.”

Finding Krasner’s office committed “egregious” and “exceptional” violations of the federal rules of procedure, the judge ordered the DA to “send separate written apologies” within 30 days of the ruling to victim family members Tony Hart, Michael Allen, Patrice Carr, and to victim Lisa Hart-Newman. Goldberg, who is approaching his 14th anniversary of his appointment to the federal bench by George W. Bush in 2008, also ordered more candor from the DA in future cases in his courtroom. He declined to impose financial penalties.

The day after Monday’s ruling, a committee of the GOP-dominated Pennsylvania House of Representatives voted to hold Krasner in contempt. Calling itself the Select Committee on Restoring Law and Order, the body was formed over the City of Brotherly Love’s rising crime and murder rates. One Republican lawmaker called for Krasner’s impeachment over what he called the top prosecutor’s “dereliction of duty.”

According to the New York Times, Krasner spurned the legislature’s investigation as antidemocratic and illegitimate. He was voted into office twice by significant margins. The Philadephia Inquirer reported that even large members of his party supported the contempt resolution over his refusal to comply with a subpoena, which passed by a 162-38 margin with almost all Republicans and some 49 Democrats.

The Times reported that the resolution could subject Krasner to a range of penalties — up to imprisonment, but the legislature has not decided upon what to pursue.