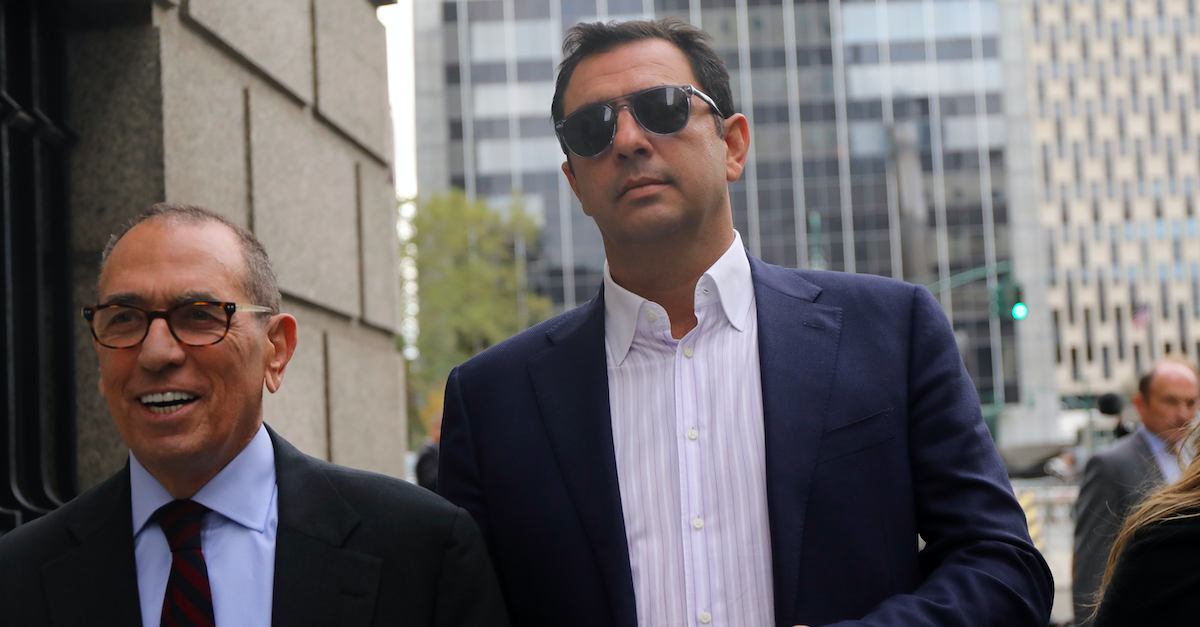 Andrey Kukushkin leaves an arraignment hearing at a federal court in Manhattan on October 17, 2019 in New York City.

The U.S. Department of Veterans Affairs was set to finalize a medical marijuana research deal with a Ukrainian-born businessman charged with unlawfully donating to U.S. political campaigns in exchange for assistance in obtaining cannabis dispensary licenses, according to a Monday Politico report.

The news outlet obtained a copy of the Cooperative Research and Development Agreement (CRADA), which was nearly finalized in September and would have gone into effect Jan. 15, between Cannabis investor Andrey Kukushkin and the San Francisco Veterans Affairs Medical Center to study medical marijuana-related cancer therapies.

The deal was scrapped, however, after Kukushkin was indicted by prosecutors in the Southern District of New York in Oct. 2019–along with David Correa and former Rudy Giuliani business associates Lev Parnas and Igor Fruman.

According to the report, Kukushkin’s medical marijuana projects and his allegedly unlawful campaign contributions appear to have been illegally funded by Russian national Andrey Muraviev, which drew concern from national security experts due to “the level of access Kukushkin and his alleged Russian funder would have had to government scientists, including one who does work with the Pentagon.”

Muraviev is a Russian millionaire and entrepreneur who previously served as the president and CEO of one of the nation’s largest cement producers before becoming the president of Russian investment fund Parus Capital.

In a statement to Politico, a spokesperson for the San Francisco VA Health Care System said the proposed partnership with Kukushkin was reviewed and rejected, but the proposal was allegedly signed by one of the group’s top researchers who also emailed Kukushkin in September saying he was looking “forward to working on our project.”

A recently released recording of a 2018 fundraising event for President Donald Trump in Washington, D.C. showed Parnas trying to convince the president to lift banking restrictions on retail marijuana transactions.

“Have you thought about allowing banking in some of these states that allow cannabis?” Parnas can be heard asking Trump.

“What?” Trump responded, apparently unaware of the restrictions. “You can’t do banking there?”

Parnas explained that banking regulations were “the biggest problem” for the retail cannabis industry, telling Trump that putting together a bipartisan committee on the issue would give him a political boost with millennials.