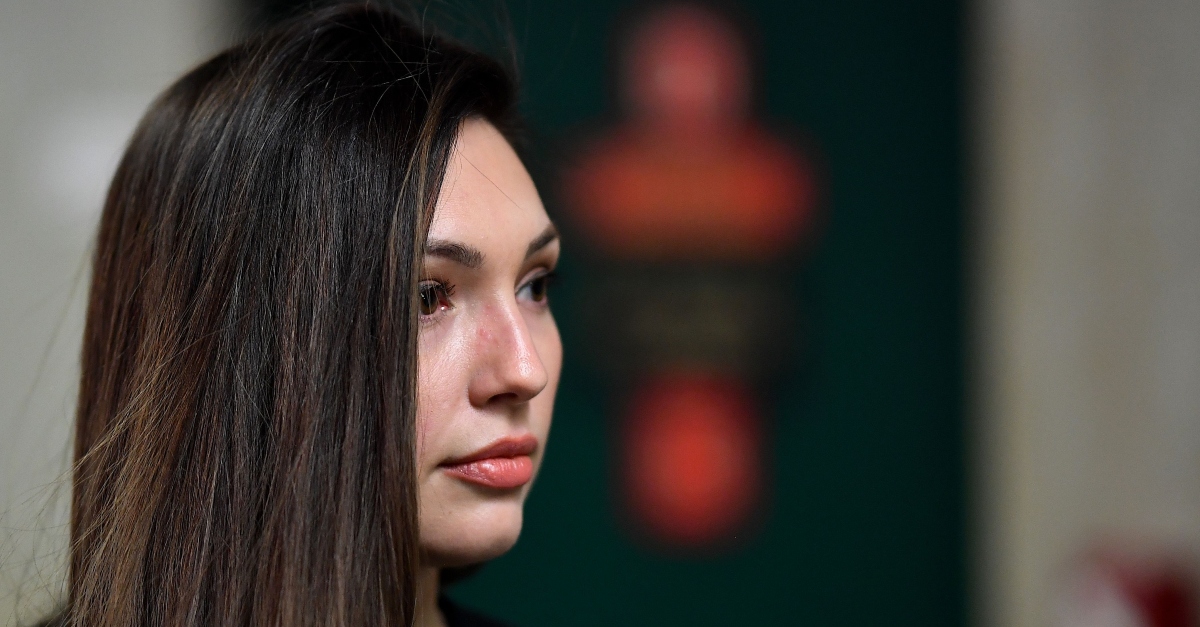 Court stopped early Monday in the trial of disgraced Hollywood producer Harvey Weinstein. One of his alleged victims Jessica Mann broke down crying during her testimony.

After Mann burst into tears, there was a break. Outside of the presence of the jury, there was an effort to bring Mann back into the courtroom, but she didn’t stop crying.

More than 80 women said Weinstein engaged in sexual misconduct against them. Two cases are being adjudicated in a New York courtroom. Mann, a former actress, said the defendant raped her in a hotel room on March 18, 2013. Former production assistant Mimi Haleyi said he forcibly performed oral sex on her at his SoHo apartment in 2006.

The defense is trying to show these were consensual encounters, and that the alleged victims maintained friendly relationships with the Hollywood producer after the purported attacks. The women only turned on Weinstein after he became a national pariah, they asserted. The prosecution is trying to show that victims’ responses to sexual assault can be very complicated, and that evidence of continuing relationships don’t negate the alleged assaults.

In Mann’s story, her interactions with Weinstein were certainly fraught. She said Friday that she thought of him the way she saw her father, and that both men had a similar anger. The alleged victim said he once peed on her, and also made graphic claims about his anatomy.

On Monday, jurors heard about a number of the emails Mann sent Weinstein after the alleged rape. For example, she reached out to the defendant on September 14, 2013 to say that someone’s birthday was coming up. He later wrote her saying he was proud of her work, according to the trial. In July 2014, Mann discussed how her father’s cancer came back. Weinstein wrote her that he was thinking of her, and that he offered prayers for her dad, according to the trial evidence.

Brian Buckmire contributed to this report.