U.S. Supreme Court Disbars Attorney Who Claimed to Be Father of LeBron James 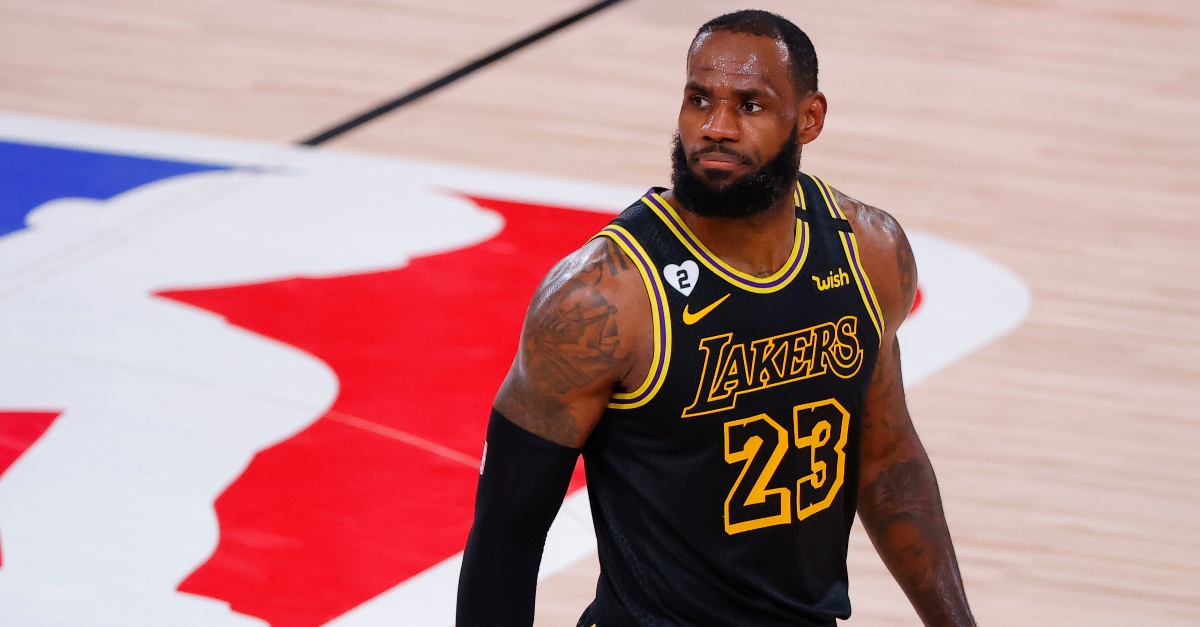 The United States Supreme Court on Friday disbarred Leicester Bryce Stovell from practicing law before them. Stovell is an attorney who sued NBA legend LeBron James and James’s mother Gloria James, claiming to have fathered the basketball star.

The Supreme Court’s decision follows Stovell getting suspended from the court in an August 5, 2019. He is in professional trouble in a few places.

“The District of Columbia Court of Appeals disbarred him after he intentionally misappropriated about $1,000 of client funds and, in connection with four client matters, was incompetent, engaged in neglect, and failed to effectively communicate with a client and keep complete records of client funds,” Illinois records viewed by Law&Crime say. “The Supreme Court of Illinois imposed reciprocal discipline and disbarred him.”

Ohio records state he is suspended from practice.

Law&Crime reached Stovell by phone in a very brief interview. He questioned why we were writing about this. When asked for his response to the allegations, he said the matter was resolved, and he hung up.

Stovell sued the James family in 2010 for defamation and other matters, claiming he fathered the basketball star in a 1984 encounter with Gloria James, according to a 2011 opinion that dismissed the complaint. He claimed the mother and son falsified a paternity test in 2007.

The plaintiff’s allegations as described in the opinion (h/t Bloomgberg law; notations removed):

Stovell refused to accept the results of the paternity test. He researched more about LeBron and Gloria James, and he arranged to attend a Cleveland Cavaliers game so that he could see LeBron in person. … He attended a game on December 5, 2007. … Upon seeing LeBron, Stovell was struck by the similarity in their appearance. … Stovell claims that they both have the same or similar height, skin color, and body type. … Stovell claims that one of LeBron’s teammates, Daniel Gibson, looked at Stovell (who was seated behind the Cavaliers bench) and told LeBron that “that could be your father.” … After seeing LeBron James at this game, Stovell decided that Gloria James was lying about his paternity arrangements, and he decided to consider legal action to establish the truth.

James’s attorney Fred Nance asserted that the plaintiff was just trying to get some money.

“A celebrity of LeBron’s stature gets many money grubbing claims all the time and this is no different,” he said, according to TMZ in 2010.

A second lawsuit from Stovell failed in 2013.

LeBron James’ father was a man named Anthony McClelland, The Guardian reported in 2003. That was the year the Cleveland Cavaliers drafted LeBron no. 1 overall. McClelland was not in the then-budding basketball star’s life. James credits his mother for raising him as a single parent.

“I don’t know if she read about it, or she just heard about it, but from day one, I always had that mother and father inside my mother, so I never was a kid that was kind of like, ‘Where is my father?”’ he told TODAY in a 2014 interview. “She gave me strength to a point where I never even had to think about that, and I have no idea where she got it from. To this day I still won’t even ask her, but she’s definitely the champion.”