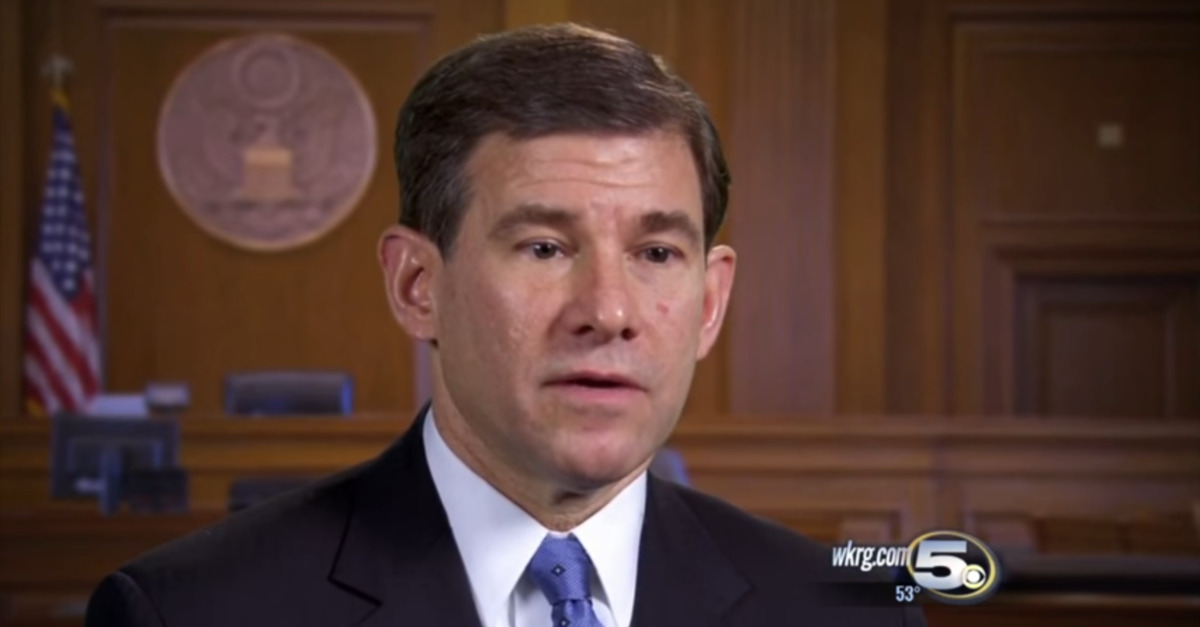 The U.S. Court of Appeals for the 11th Circuit, dominated by Republican-appointed circuit judges, approved a controversial statute that critics and lower courts repeatedly said amounted to a “poll tax” on formerly-incarcerated individuals. That law effectively overturned a constitutional amendment approved by a super-majority of Florida voters in 2018 that eliminated the Sunshine State’s Jim Crow-era ban on extending the franchise to people convicted of felony offenses.

Voting rights advocates appeared to have successfully ushered in a revolutionary change to Florida’s exclusionary voting system after the 2018 midterm elections. Some 65-percent of Floridians voted in favor of Amendment 4–which would have allowed roughly 1.5 million previously disenfranchised Floridians the right to vote. The popular measure affected roughly around 7-percent of Florida’s entire population, but disproportionately impacted the state’s African-American community for the better. Under the prior, 150-year-old system of disenfranchisement, nearly 20-percent of Florida’s Black population was denied the right to vote.

But the Florida GOP quickly sprung into action in order to limit and neuter the law’s otherwise massive impact on state politics.

The Republican-dominated state legislature quickly passed SB 7066, a law which preconditioned the restoration of voting rights on the ability of formerly incarcerated individuals on payment of all fines and fees associated with their convictions. Complicating matters further–in terms of both law and voting practice–the Florida GOP also disclaimed responsibility to provide correct information about the size of a person’s outstanding debt owed. This practice has been railed against by critics who believe the situation creates a strong disincentive for many potentially eligible voters to cast a ballot at all.

George W. Bush-appointed Chief Judge William Pryor delivered the contentious 6-4 ruling. He was joined by several other judges who were appointed by President Donald Trump. In the minority were four judges appointed by Bill Clinton and Barack Obama.

Pryor’s decision began by repeating a factual inaccuracy about the actual language of Amendment 4.

“[I]n 2018, the people of Florida approved a historic amendment to their state constitution to restore the voting rights of thousands of convicted felons,” the judge’s introduction notes—ensuing emphasis in original. “They imposed only one condition: before regaining the right to vote, felons must complete all the terms of their criminal sentences, including imprisonment, probation, and payment of any fines, fees, costs, and restitution.”

Actually, Amendment 4 provided voting restoration to all Florida residents who “completed all of the terms of their sentences.” The stipulation about repaying fines, fees, and restitution was the product of SB 7066— a legislative modification of Amendment 4 language.

Legal blogger and Political Science Professor Scott Lemieux viewed Pryor’s mischaracterization of Amendment 4 as an intentional attempt to obscure the truth about what the historic law entailed.

“The pro-Jim Crow [11th Circuit Court of Appeals] opinion starts off by blatantly lying about the amendment passed in Florida in 2018,” he said via Twitter. “The poll tax was imposed by the Florida legislature, not the amendment itself.”

Lemieux went on to describe the mandatory nature of debts combined with the lack of information about debts owed as clearly in violation of the U.S. Constitution.

As Judge Martin’s dissent observes, the state of Florida refuses to tell people with felony convictions what they owe so they can comply. This kind of Catch-22 is not consistent with the due process clause: pic.twitter.com/WbbxrQnDmZ

“Judge Bill Pryor’s decision upholding Florida’s poll tax on ex-felons is one of the most dishonest, misleading, and despicable voting rights opinions I have ever read,” he tweeted. “It is shockingly bad—an affront of [sic] the very notion that Americans have a right to vote.”

“There are so many lies in Pryor’s opinion,” Stern continued. “Lies about why Florida enacted a poll tax. Lies about how it operates. The decision rests on fictions rejected by the trial court yet unquestioningly embraced by the 11th Circuit. Pryor is peddling outright falsehoods. It is sickening.”

Other legal experts expressed a similarly somber view of the outcome.

American Civil Liberties Union (ACLU) attorney Julie Ebenstein said: “This ruling runs counter to the foundational principle that Americans do not have to pay to vote. The gravity of this decision cannot be overstated.”

“This ruling is a historic mistake and a defeat for voting rights,” said Sean Morales-Doyle, deputy director of the Voting Rights and Elections Program at the Brennan Center for Justice at NYU Law–which litigated the case alongside the ACLU and the NAACP Legal Defense and Educational Fund. “It tells the State of Florida that it’s legitimate to put a price tag on voting.”

“Worse, the Court says it’s okay to do so even when Black Floridians owe more than their white counterparts, and even when many can’t even determine how much they owe and to whom,” Morales-Doyle continued. “By rejecting the district court’s ruling and upholding this law, the court has scored a win for voter suppression and blocked the way for hundreds of thousands of Floridians with past convictions to exercise their fundamental right to vote, in November and beyond.”

Leah C. Aden, deputy director of litigation at the NAACP Legal Defense and Educational Fund also had strong words for Pryor’s opinion, calling it an “outrageous” decision that “sanctions” a “poll tax”:

Today’s ruling is outrageous, and directly contrary to overwhelming public desire to restore returning citizens’ voting rights in Florida and a trial court’s and prior appellate court’s well-reasoned findings. It also is not lost on us that erecting a monetary barrier to the ballot box significantly and disproportionately harms Black returning citizens in Florida. This decision sanctions Florida’s ability to require a long-prohibited poll tax to vote and prolongs confusion for people who may owe monetary amounts that are unknown or difficult to determine, even by Florida.

Other reactions from legal experts conveyed shock but not surprise.

I am not surprised by either the 11th Circuit en banc ruling which squashes felon reenfranchisement despite a lopsided vote for restoration from Florida voters or the 5th Circuit ruling letting only those 65+ vote by mail without excuse.I predicted both.But I’m very disappointed.

I would add that the DOJ’s position on these questions also veers wildly based on which party holds the White House. At this point, the right to vote has become a partisan question, rather than a background assumption of our democracy. https://t.co/PLXOtta4JM

a consistent jurisprudential through-line in republican judicial appointees is the idea that states can do whatever they want to restrict voting short of passing a law that says, on its face, “Black people cannot vote.” https://t.co/zu0nIk6gS8