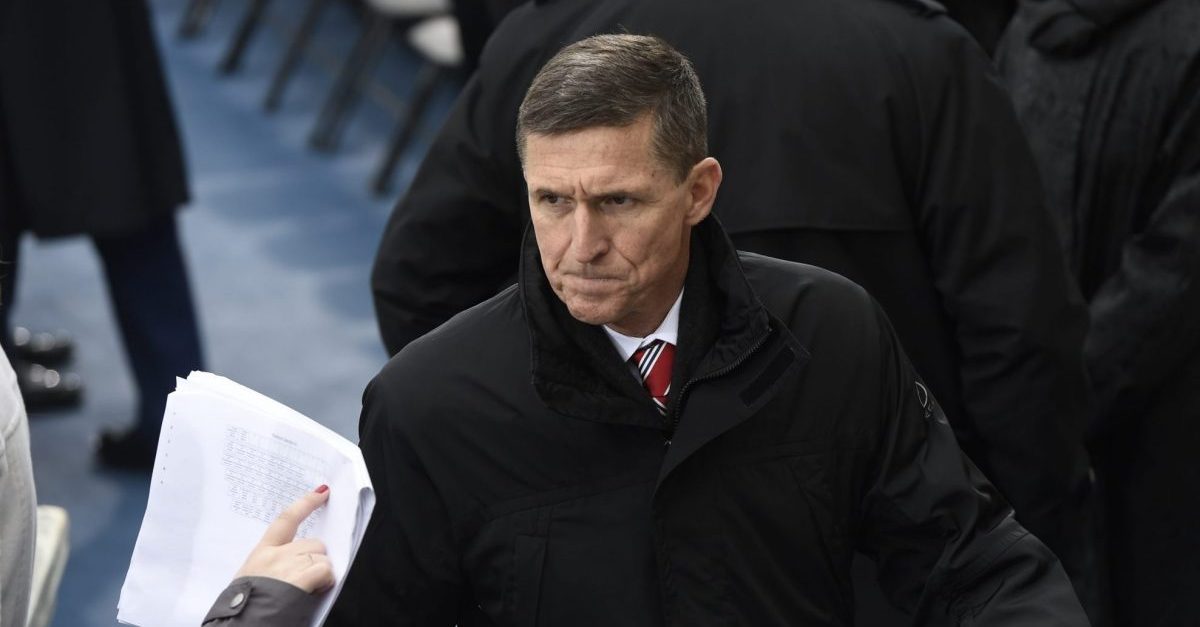 There is a split of opinions among Americans on whether the FBI acted properly or improperly during its investigation of former national security advisor and retired Lt. Gen. Michael Flynn. Former FBI agents are also split, but their insight into the bureau’s nuances is more scrupulous given their former positions.

Former FBI agent Bobby Chacon told Law&Crime on Thursday that an ambitious FBI leadership combined with now-former FBI attorney Lisa Page’s apparent self-professed unfamiliarity with the process of dealing with a 18 U.S.C. § 1001 case “definitely both” created some of the mess, which Chacon described as two-fold. First, Chacon saw a “clear” violation by the government for failing to turn material favorable to Flynn over to his defense lawyers as required by Brady v. Maryland. Second, “the mindset of the executives and agents involved in the Flynn interview” was also a problem.

“We have already seen a giddy [Former Director] James Comey explain that he thought he could ‘get away’ with sending over two agents to see Flynn by violating traditional protocols for White House visits, and now we see the FBI’s head of counterintelligence asking if ‘our goal’ was to ‘get him to lie’ or ‘get him fired,'” Chacon said during a conversation with Law&Crime, which we have lightly edited for clarity.

“In my 27 years as an FBI agent, my job was never to get someone fired, ever. The fact that this was even a consideration shows that there were ulterior motives at work among the top FBI officials involved in the Flynn case,” he said.

Chacon pointed to this violation of protocol as evidence that something was, or perhaps still is, amiss. Agents, simply put, are trained to do things by the book.

“To ‘get him to lie’ is very different from someone lying to the FBI,” Chacon said. He explained:

“What steps did the FBI take to ‘get him to lie’?  Well, we already know the first step, stated by Comey, was to ‘get away with’ violating protocol.  The admission by Comey that he ordered agents to violate White House protocol and knowingly take advantage of the chaotic atmosphere of a new administration — every new administration faces some level of chaos in their first few days in the White House — coupled with Asst. Director E.W. Priestap’s admission that one of the goals may have been to get Flynn fired clearly lays out activity that is outside the FBI’s operating rules and may even indicate entrapment. Someone lying to the FBI is one thing, but the FBI ‘getting him to lie’ in order to achieve its goal of a prosecution or termination is clearly another.

This was a bungled operation from a very inexperienced FBI Director and a group of senior FBI executives who long ago left active investigations to pursue their management/power aspirations. These clumsy investigative missteps and Brady violations are proof that these guys had not conducted active investigations in many years and the true nature of their efforts seem to be more political then investigative.

Preistap was assistant director of the FBI Counterintelligence Division from 2015 to 2018.

“These guys, to rise up that high, leave their investigative days long behind them,” Chacon said of FBI management. “These types of things are somewhat perishable skills, and the longer you don’t use them the worse you are at them. Plus, as you rise up the ranks in any bureaucracy, things get more and more political, especially inside the beltway.”

“Most career field agents like myself come to despise FBI headquarters at some point in our careers because they lose sight of what the Bureau’s true mission is,” he said.  “HQ should be there to support field office investigations. This should never have been conducted from HQ.  If anything, the Washington Field Office should have run this with administrative oversight from HQ.”

Chacon said the sum total of the circumstances troubled him and those former agents and assistant United States attorneys with whom he speaks.

“I worked everyday with a group of . . . agents and AUSAs, and seeing these words like ‘I thought we could get away with’ and ‘getting him to lie’ frightens us — as it clearly shows a predisposition on the part of investigators to circumvent long established rules and construct a situation or trap for the National Security Advisor to stumble into,” Chacon said. “[T]he interviewing agents left Flynn that day noting that he seemed confused (as they wanted) and that they didn’t think he had intentionally lied to them.”

Another long-serving member of the FBI, Andrew Bringuel, separately discussed with Law&Crime the tactics used against Flynn. Bringuel was an FBI Agent Supervisor Instructor and Researcher with more than 27 years of experience.

Law&Crime asked Bringuel whether the FBI’s tactics, as reported by Fox News on Wednesday, were nefarious as many believe.

Bringuel said that charging § 1001 cases by themselves is rare; here, however, it was charged as part of a plea. “Initial interviews are open-ended and the subject tells a story. The narrative may include material lies, and those lies usually involve more serious crimes than the lie,” Bringuel noted. “The use of the 1001 statute almost always includes more serious crimes unless it’s part of a proffered plea, like in this case.”

Bringuel downplayed the significance of the notes Flynn’s supporters are using to argue that the retired lieutenant general was set up or entrapped.

“I don’t care what a handwritten note says; Agents can’t predict a subject is going to lie. This makes the handwritten note of an Agent a nothing burger,” Bringuel said. “[Former federal prosecutor] Andy McCarthy’s gibberish about how FBI Agents deal with drug dealing thugs [is] absurd. FBI is not under any obligation to advise an interview subject not to lie,” Bringuel added. McCarthy is currently a contributing editor at the National Review and a Fox News contributor.

Bringuel did not buy the idea that the FBI was motivated by political bias in their pursuit of Flynn:

The FBI had evidence of more serious violations against Flynn that included his son … the § 1001 charge was part of a generous plea agreement, and trying to suggest FBI senior managers were somehow politically motivated against Flynn is as absurd as suggesting their personal bias materially affected their investigation on Russian interference which IG Michael Horowitz stated it did not.

Bringuel also said that the FBI is “under no obligation” to inform someone such as Flynn that lying to a federal agent is illegal.

“Subjects lie all the time in interviews, and the Agents often don’t know until further investigation is conducted that a material lie was made,” he noted. “The idea that if Flynn were a drug dealer he would have been given more consideration is actually opposite to the truth because in white collar, high profile cases, more consideration and ‘polite’ measures are taken with the subject.”

The retired federal agent said that anyone who saw the “handwritten notes” as a “bombshell” was “grabbing straws.”

“It’s an obvious attempt to discredit a worthy investigation against a corrupt public servant,” he said. “The Bureau didn’t know Flynn was going to lie in that interview, but as the note suggests, the Bureau should brainstorm [about what should happen] if he does lie — what would be the investigative outcomes.”

Legally, Bringuel pointed out, there is “no evidence” Flynn was railroaded:

Flynn’s lies about asking the Russian ambassador to refrain from responding to Obama administration sanctions against Russia and about his lobbying activities in federal filings related to work on behalf of the Republic of Turkey throughout the 2016 campaign were his alone. The lies about his ties to Turkey and lies he wrote on DIA disclosure forms were enough to prosecute him and zero to do with the interview. Special Counsel Robert Mueller didn’t have to rely on the lies told to the FBI Agents during the interview as material false statements or omissions because Flynn had lied on filings under the Foreign Agents Registration Act (FARA) and on his security clearance form at DIA regarding his work and payments from Turkey.

In Bringuel’s opinion, a series of “much more serious charges and the real possibility that his son would be prosecuted” were weighing on Flynn. That’s why Flynn pleaded guilty to a § 1001 charge and why his son wasn’t prosecuted, Bringuel believes.

“Unlike a drug thug who the FBI would have prosecuted to the fullest extent of the law, General Flynn was only charged with [lying],” he said. And, contrary to some assertions Flynn was treated like a “street thug,” Bringuel argued that “the Feds offered Flynn a generous plea, and he has not lived up to his end of the bargain regarding cooperation.”

“I suspect, although without evidence, that Flynn knows much more and is still very loyal to this administration. My gut says Flynn’s charges will likely stand, his loyalty will remain intact, and he will likely be pardoned by Trump before November,” he concluded.

Editor’s note:  this piece has been updated to include additional links to video of James Comey’s statements about the Flynn investigation.