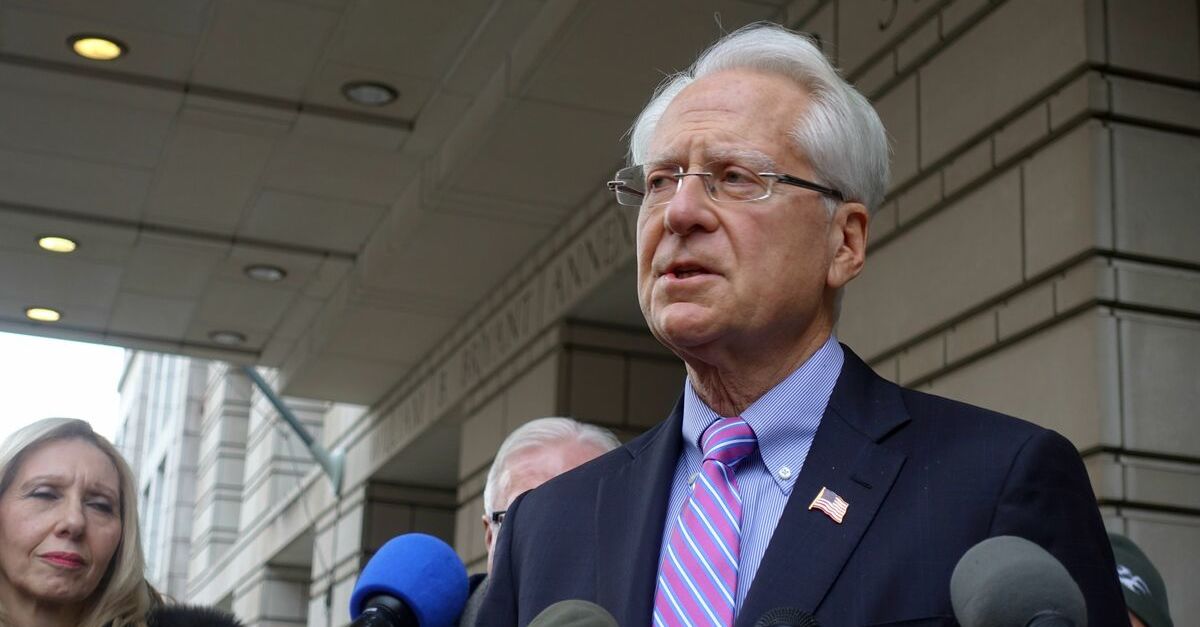 A day after a federal judge dismissed former Maricopa County Sheriff Joe Arpaio’s defamation lawsuit against the media for a second time, conservative attorney Larry Klayman filed a motion to reconsider. In the motion, Klayman included a footnote in which he maintained that it “does not take a rocket scientist” to see that the media defendants acted with actual malice when they falsely referred to Arpaio as a convicted felon.

Obviously, these leftist media Defendants, who covered Plaintiff Arpaio like a “wet blanket,” since he is a foil to try to harm President Trump and disparage his immigration policies, knew the score; namely that the sheriff is not a convicted felon. This simply is why actual malice was properly pled. It does not take a rocket scientist to understand this.

In case you missed it on Wednesday, U.S. District Judge Royce Lamberth dismissed Arpaio’s lawsuit against HuffPost and Rolling Stone, saying the second suit (Arpaio II) failed to allege any facts illustrating that the media acted with actual malice when it identified Arpaio as a convicted felon. Arpaio, who President Donald Trump pardoned in 2017, was never actually convicted of a felony.

The claims stemmed from a 2018 Rolling Stone article that incorrectly referred to Arpaio as an “ex-felon” when he was in fact convicted of a misdemeanor offense. The error was corrected “within hours” and changed to “presidential pardonee.” The HuffPost article erroneously stated that Arpaio had been “sent to prison for his contempt of court conviction,” and was corrected within two days.

The two suits against media outlets and reporters, suits referred to herein as Arpaio I and Arpaio II, were both dismissed by Lamberth. On Wednesday, Judge Lamberth called the decision to refile the case “inappropriate,” and let both Klayman and Arpaio know that however they may feel about the decision, the case should not be refiled a third time.

“Plaintiff may feel slighted by the Court’s ruling in Arpaio I, but his filing of an entirely new case was inappropriate,” Lamberth wrote. “The Court has limited resources—including time—to dedicate to each case before it, and it would be overwhelmed if disappointed plaintiffs could repackage and refile their cases as soon as they are dismissed. Indeed, our entire judicial system depends on parties following procedural rules and limits to endless litigation. And so, to be clear, nothing in this opinion should be understood to be an invitation to refile this case.”

“Rather, the filing of this case seems to be the result of a legal miscalculation, which the Court corrects today by dismissing the case,” the judge said.

On Thursday, Klayman disagreed in no uncertain terms with the judge.

“The Court’s order and memorandum opinion of April 29, 2020 is in serious error with regard its characterization of the previously filed lawsuit, Arpaio v. Zucker, 18-cv-2894 (D.D.C) (‘Arpaio I’) wherein the Court wrote at page 1, ‘[t]he Court granted defendants’ motions to dismiss pursuant to Federal Rules of Civil Procedure 12(b)(6) because plaintiff did not allege any facts of actual malice,'” Klayman’s motion to reconsider began.

Klayman went on to argue that it was improper for the court to dismiss Arpaio I with prejudice (barring a refiling of claims). Making matters worse, Klayman said, the judge “again erred” with his “heads I win, tails you lose” analysis when dismissing Arpaio II:

In the course of responding to Defendants’ Motion to Dismiss in this instant case, case (“Arpaio II”), this court again erred, showing its desire to get rid of Arpaio’s claims by whatever means, ignoring Plaintiff Arpaio’s alternative request to vacate the prior dismissal order in the first case and to properly allow Plaintiff Arpaio to amend with greater specificity, to avoid statute of limitations issues. Specifically, counsel for Plaintiff Arpaio wrote, “[t]his Court, one of the few in the nation who has the will to enforce the law as written, without regard to political bias and politics, must now put its foot down and either deny the Defendants’ non- meritorious motions to dismiss, or reopen the prior case and allow for the complaint to be amended and the case then proceed to discovery.” ECF No. 27 at 31.

Ignoring this reasonable request in dismissing Arpaio II, the Court notes in a “heads I win, tails you lose” analysis, that Plaintiff Arpaio is now out of luck because the statute of limitations has run on defamation.

Klayman said that he was disappointed that the court had made an apparently “politicized decision” to dismiss the case:

The Court is aware that Mr. Klayman respects this Court and is thankful for rulings in other cases in the past which hold those who violate the law accountable, but must now be candid with this Court, as it appears to have made a politicized decision, little better than some other judges in this courthouse. This is very disappointing, especially since Plaintiff’s counsel has always commended this Court, publically and otherwise, as being one of the few politically uncompromised judges on the federal bench. But, what this Court did was not consistent with its past history and it was not up to the Court to arrogate upon itself a non-existent right to dismiss with prejudice. To deny Plaintiff Arpaio his due process rights, extinguishing the right of Plaintiff Arpaio to have his day in court, was simply wrong.

Klayman concluded that Arpaio deserves to get justice while he is yet living (Arpaio is 88).

“Plaintiff Arpaio deserves justice when he is alive, not when he is dead,” Klayman noted. “In short, while this Court has on occasion been critical of Plaintiff’s counsel in the past, the shoe must candidly now be worn on the other foot. Plaintiff and his counsel thus respectfully request that this injustice be expeditiously corrected, as this Court has seriously erred in denying due process to Plaintiff Arpaio, for whatever apparently improper reason.”

Klayman motion to reconside… by Law&Crime on Scribd