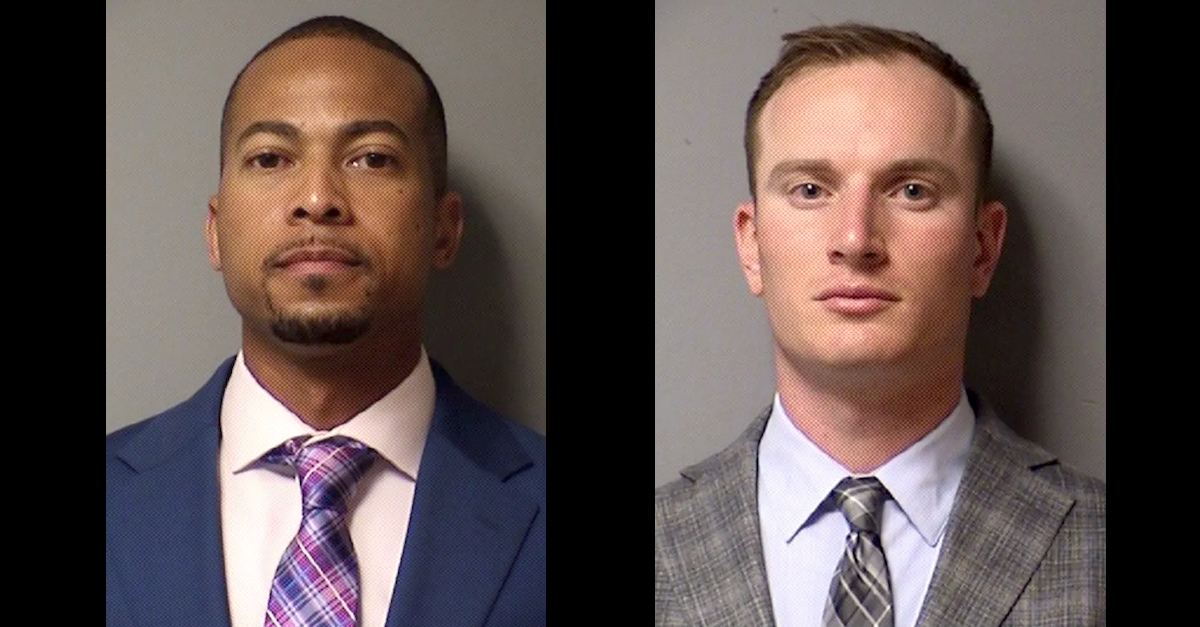 Johnson and Camden turned themselves in on Tuesday, but they have since been released on $150,000 bail, the paper noted. Neither man is allowed to work in law enforcement or for a security company while his case progresses.

“With these indictments, we have taken another critical step towards justice for the Ambler family and for our community,” District Attorney Jose Garza (D) said in a statement. “While we can never take away the pain of the Ambler family, the grand jury has sent a clear message that no one is above the law.”

Ambler allegedly did not dim the high-beam headlights of his vehicle and fled when authorities tried to pull him him over. The chase lasted 22 minutes and ended when Ambler crashed into trees in neighboring Travis County. Body cam footage from Austin police officers showed Ambler telling authorities he was trying comply, that he was not resisting, and that he could not breathe.

“I have congestive heart failure,” he said.

Deputies used a Taser on Ambler four times. He eventually became unresponsive. CPR did not save him. The autopsy linked the restraint by law enforcement to congestive heart failure, hypertensive cardiovascular disease, and morbid obesity. The manner of his death was determined to be a homicide. Nonetheless, a report to the state attorney general’s office suggested it could have been “justifiable.”

Ambler’s death led to fallout for all those involved. Camera crews for the A&E show Live PD were at the scene. The show was eventually canceled due to fallout over how it handled footage of the incident. Body cam footage of Ambler’s death was publicized in June 2020 amid intensifying debate over how law enforcement officers treat people of color, especially Black men like Ambler, and Minneapolis man George Floyd, who had died in police custody shortly before the Ambler footage was released. The production company behind LivePD recently sued, saying Williamson County sheriff’s officials and Austin police officials threw the show under the bus.

Disclosure: Law&Crime is owned in part by A&E; Law&Crime founder Dan Abrams was the host of Live PD.

Read the press release about the indictments below: