Dr. Conley Declined to Reveal Details About the Condition of President Trump’s Lungs—What You Need to Know About HIPAA 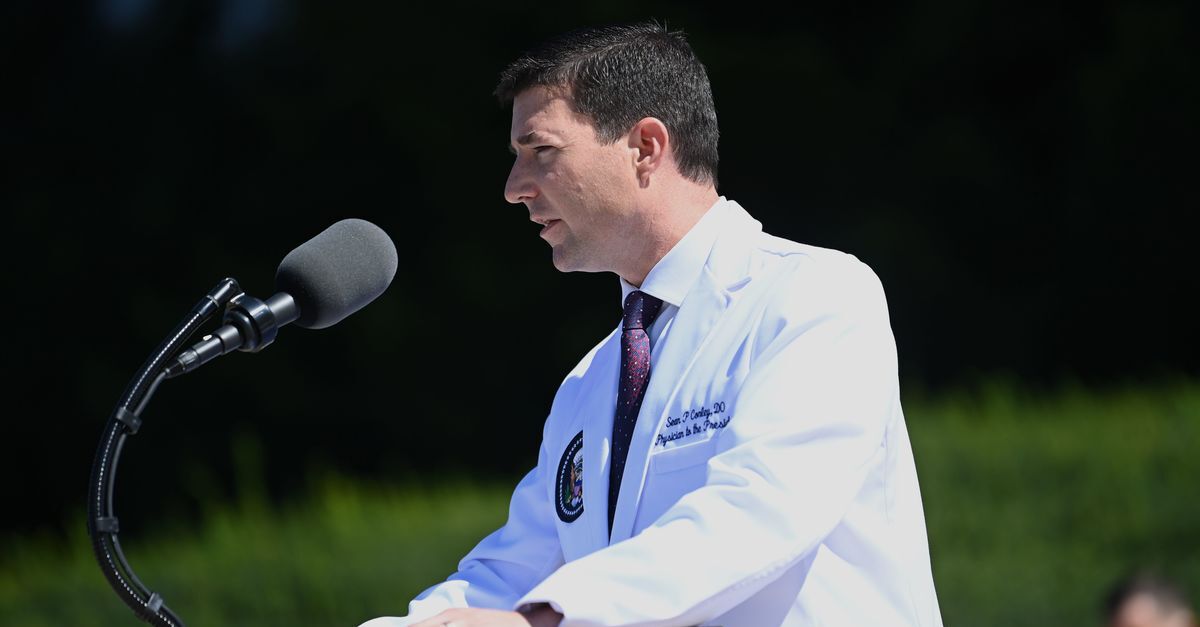 White House physician Sean Conley answers questions during an update on the condition of US President Donald Trump, on October 3, 2020, at Walter Reed Medical Center in Bethesda, Maryland. – Trump was hospitalized on October 2 due to a Covid-19 diagnosis.

Days after he was forced to walk back several of his public statements about President Donald Trump’s diagnosis and treatment, White House Dr. Sean Conley refused on Monday to answer several questions about the president’s health several days after testing positive for COVID-19. When declining to answer certain questions from the media about the president’s health, Dr. Conley said the federal law Health Insurance Portability and Accountability Act (HIPAA) prohibited him from divulging the information.

“There are HIPAA rules and regulations that restrict me in sharing certain things for his safety and his own health and reasons,” Conley said during Monday’s press conference in response to a question about what CT scan of Trump’s lungs revealed.

Conley, who previously said that the president was on oxygen and taking a steroid, also refused to say when Trump last tested negative for the disease. The White House doctor’s willingness to divulge some information about the president’s health while invoking HIPAA to decline commenting on others left some people confused as to what exactly HIPAA is and how it works.

Congress passed the Health Insurance Portability and Accountability Act, better known as HIPAA, in 1996, in part to develop a health information database intended to standardize health care transactions and increase efficiency. While Congress passed HIPAA, the law did not actually include a detailed privacy requirement. Instead the law required the secretary of Health and Human Services (HHS) to compile a list of detailed recommendations for how to best protect individuals’ rights regarding personal private health information.

Under 45 CFR §164.508, a covered entity “may not use or disclose” an individual’s PHI without valid authorization to do so.

Reporter: "So you're actively not telling us what those lung scans showed?"

"There are HIPAA rules and regulations that restrict me in sharing certain things." https://t.co/WFV9kkYCAH pic.twitter.com/2X7Fwugrn8

“The long and short of it is that, a patient can waive HIPAA protections to allow their provider to speak openly to the media about their medical care,” New York Times healthcare reporter Sarah Kliff explained. “If Trump wanted more on his condition shared, HIPAA doesn’t preclude that.”

I deal with HIPAA a lot reporting on medical bills.

The long and short of it is that, a patient can waive HIPAA protections to allow their provider to speak openly to the media about their medical care.

If Trump wanted more on his condition shared, HIPAA doesn't preclude that.