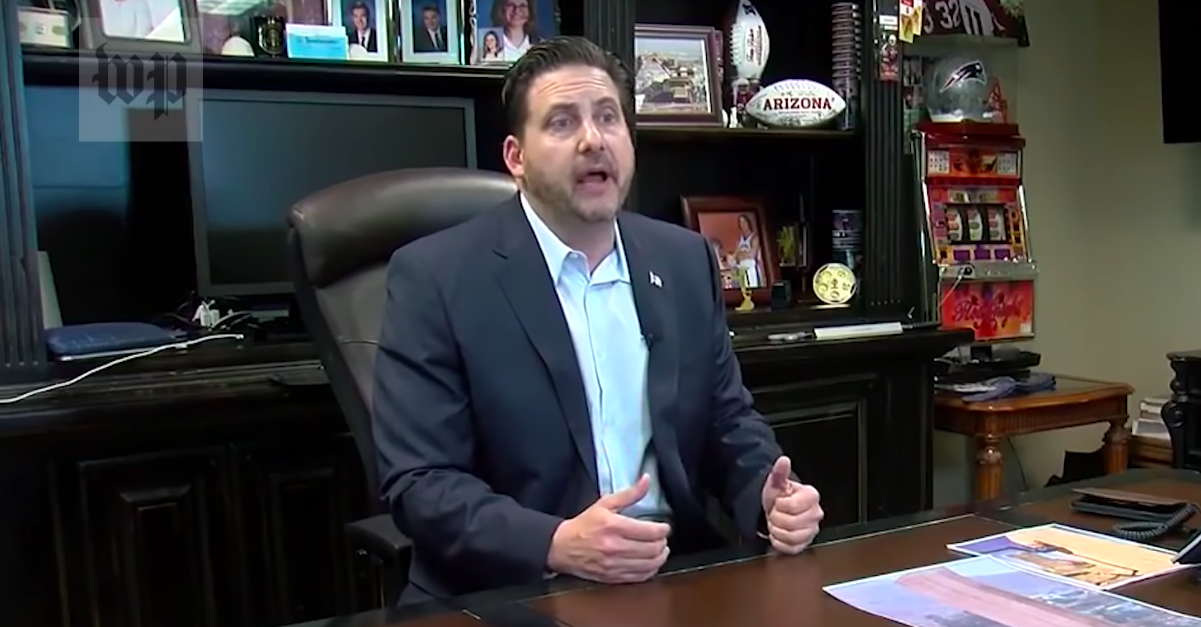 It pays to have friends in high places – particularly when those friends are positioned to grant government contracts worth hundreds of millions of dollars to possible – as is the case for a North Dakota construction firm that President Donald Trump has personally and repeatedly lobbied the U.S. Army Corps of Engineers should contract to construct his southern border wall.

According to the Washington Post, for months Trump had been directly inserting himself into the Army Corps’ typically restrained legal process for evaluating and awarding government contracts on behalf of Fisher Sand & Gravel Co., a privately held organization led by frequent Fox News guest and GOP supporter Tommy Fisher.

Despite Army officials telling the president on multiple occasions that Fisher’s bids for the contract did not meet the required standards, his company was awarded a $400 million contract to build 31 miles of new wall in the Cabeza Prieta National Wildlife Refuge in Yuma County, Arizona that could potentially be worth billions.

Critics immediately pounced on the appearance of bias in Fisher winning the contract.

A North Dakota-based company that President Trump pushed military officials to hire to build a border wall has been awarded a $400 million contract — even after the U.S. Army Corps of Engineers raised concerns that the company did not meet standards: https://t.co/8gDTPhKYri

Remember when it came out 12 hours ago that Trump had directly, personally commandeered the Pentagon contracting process to steer $400 million to a GOP donor, which would have been the biggest US scandal in a third of a century, and then this morning everyone forgot about it?

Fisher reportedly sold Trump on his company by playing to his impatience with the lack of progress on his signature campaign promise, telling the President he could build the wall faster and cheaper than other contractors bidding on the project. The administration has rebuilt approximately 78 miles of already existing southern barriers but has yet to break new ground with additional miles of wall.

In his numerous appearances on conservative media outlets, Fisher has repeatedly stated that he could build more than 200 miles of new barrier on the southern border in less than a year. Fisher’s attorney last week said his client developed a patent-pending installation system allowing his company to erect fencing “faster than any contractor using common construction methods.”

However, the Army Corps of Engineers officials who evaluated Fisher’s prototype concluded that the proposal was cheaper because it lacked both “quality” and “sophistication.”

This story, which is getting little pick up, is a very big deal!! https://t.co/jUkahunctZ

Sen. Kevin Cramer (R-ND), to whom Fisher has donated tens of thousands of dollars, has also been a fervent booster of Fisher being awarded the contract.

According to Cramer, the President likes Fisher because of his appearances on Fox News advocating for his version of the barrier: “He’s been very aggressive on TV,” Cramer said, adding, “You know who else watches Fox News.”