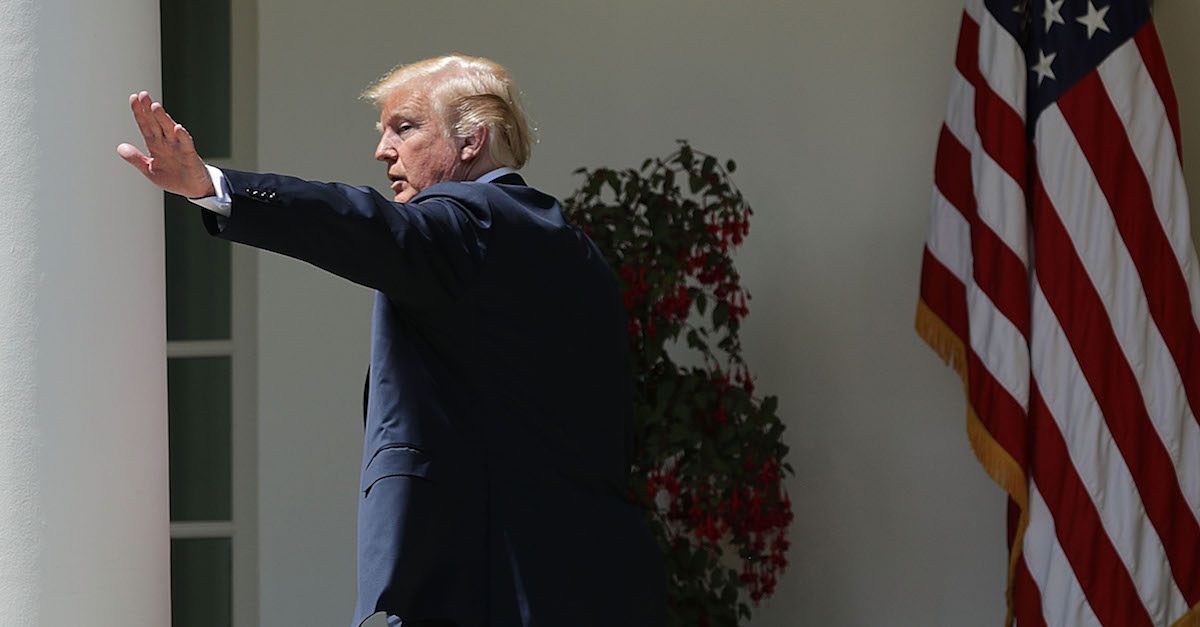 The Defense Department’s top ranking policy official tendered his resignation Wednesday, becoming the latest victim of President Donald Trump’s post-acquittal efforts to rid his administration of any officials he believes contributed to his impeachment.

In his letter of resignation, John Rood was clear that he was leaving his position as Under Secretary of Defense for Policy at the Pentagon at the explicit request of President Trump.

“It is my understanding from Secretary [Mark] Esper that you requested my resignation from serving as Under Secretary of Defense for Policy,” Rood wrote. “Senior administration officials appointed by the President serve at the pleasure of the President, and therefore, as you have requested, I am providing my resignation effective February 28, 2020.”

Rood also thanked the president for the “privilege of again contributing in service to our Nation,” and said he was “proud of the many accomplishments [he and his colleagues at the Department of Defense] have made instituting and implementing the National Defense Strategy.”

But the gracious and professional tone of his formal resignation letter was underscored by reports from several media outlets that Rood’s ouster was the direct result of his role in certifying to Congress that Ukraine had taken the necessary anti-corruption steps required to receive the military aid Trump wanted withheld. Rood’s certification directly contradicted the position of the president and his supporters who claimed that the military aid was being withheld because of the administration’s concerns over corruption in the country.

“Hours after Trump’s July 25 phone call with Ukrainian President Volodymyr Zelensky, a conversation that was at the center of impeachment proceedings, Rood emailed Secretary of Defense Mark Esper — who had been in the job two days — informing him about an upcoming deputies meeting, ‘to discuss the President’s concern about endemic corruption in Ukraine and his reported view that US should cease providing security assistance,'” according to a CNN report. “Rood notes in his email to the secretary that ‘placing a hold on security assistance at this time would jeopardize this unique window of opportunity and undermine our defense priorities with a key partner in the strategic competition with Russia.’”

Alyssa Farah, the DoD’s press secretary released a statement saying that Dr. James Anderson, the current senior official Performing the Duties of the Deputy Under Secretary of Defense for Policy “will take over the responsibilities of Undersecretary Rood until a permanent replacement is appointed by the President and confirmed.”