Who Is John McEntee? | Law & Crime 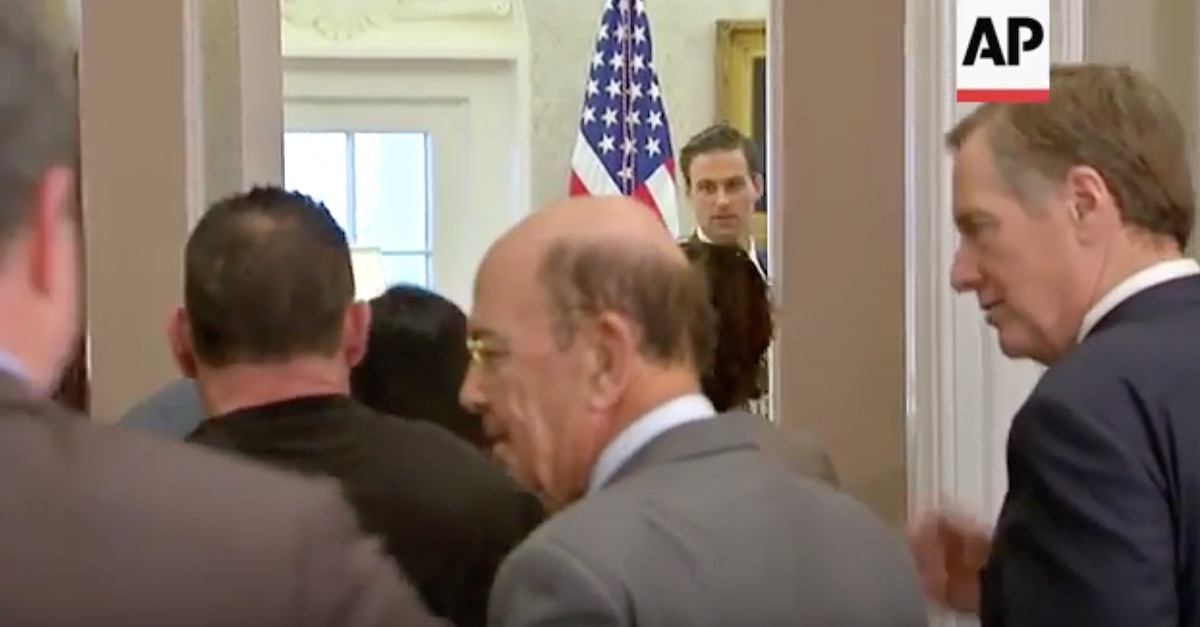 A formerly fired Trump aide is back in the White House and “empowered” to identify and root out Never Trumpers (“bad people” and “Deep State” operatives), Axios reported on Friday. John McEntee, 29, is now heading the Office of Presidential Personnel and will have the authority to keep perceived anti-Trump elements from being promoted across the federal government, instead “shifting them around agencies.”

Trump has empowered McEntee — whom he considers an absolute loyalist — to purge the “bad people” and “Deep State.”

McEntee told staff that those identified as anti-Trump will no longer get promotions by shifting them around agencies.

McEntee was once fired by former White House chief of staff John Kelly amid the cloud of a security concern then-reported as a financial crime investigation.

It was suggested that the “most dramatic changes” will have to wait until after the 2020 election–if President Donald Trump wins, of course. McEntee’s official return to the White House fold was reported last week.

MORE in White House staff moves – Johnny McEntee, the aide removed by Kelly over security clearance issues who recently returned to the West Wing, is expected to take over the office that oversees presidential personnel appointments, per 2 ppl briefed.

After McEntee was escorted out of the White House in March 2018, the Wall Street Journal reported about why McEntee was denied a security clearance:

People close to Mr. McEntee said problems related to online gambling and mishandling of his taxes prevented him from gaining the clearance necessary for the role. The Secret Service is investigating Mr. McEntee for those issues, according to a law enforcement official.

The Trump campaign brought McEntee on as a senior adviser less than 24 hours later.

It was reported as recently as Thursday that the Trump White House’s planned purge will be aimed at former members of then-special counsel Robert Mueller’s team.