Trump Admin: Conditions for Detained Children Can Be ‘Safe and Sanitary’ Without Soap and Sleep 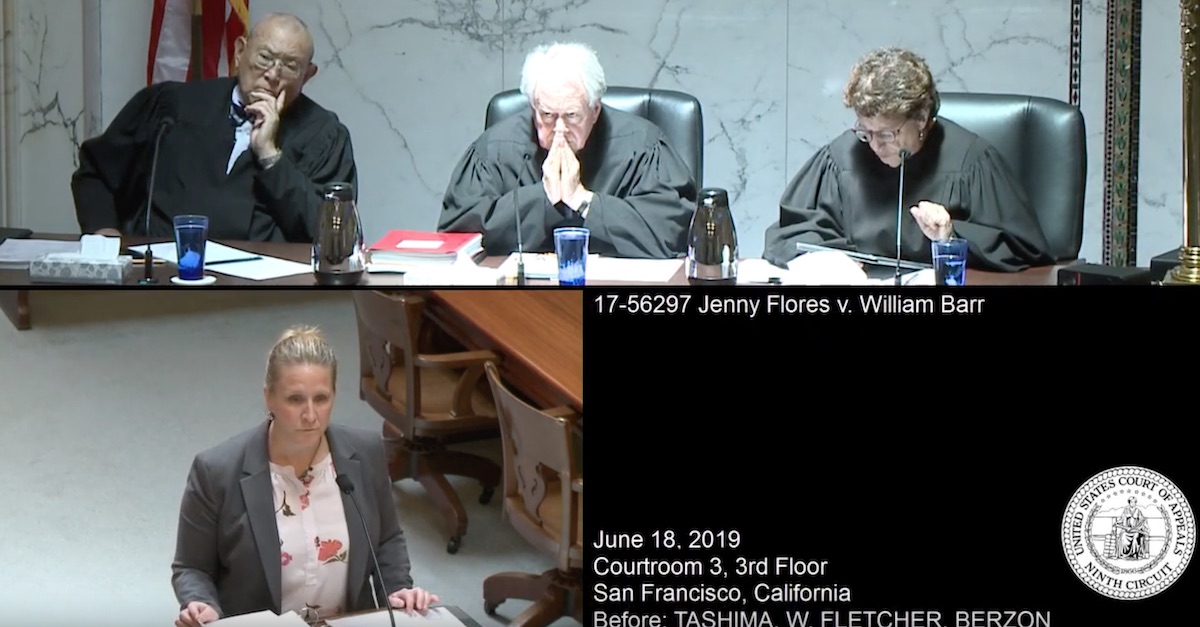 The Trump Administration on Tuesday argued that the government is not required to provide soap, toothbrushes, or beds to children being held in detention facilities.

Lawyers for the Trump Administration asked the U.S. Court of Appeals for the Ninth Circuit to overturn a district court’s order requiring the government to provide detainees with hygiene items such as soap and toothbrushes in order to comply with the “safe and sanitary conditions” requirement set forth in the 1997 Flores Settlement Agreement.

[The government] shall hold minors in facilities that are safe and sanitary and that are consistent with the INS’s concern for the particular vulnerability of minors. Facilities will provide access to toilets and sinks, drinking water and food as appropriate, medical assistance if the minor is in need of emergency services, adequate temperature control and ventilation, adequate supervision to protect minors from others, and contact with family members who were arrested with the minor.

Justice Department attorney Sarah Fabian asserted that because the language in Flores did not list soap, toothbrushes, or beds as items specifically required to comply with the agreement, the administration should not have to provide them.

“Or it was relatively obvious,” responded an incredulous Judge William Fletcher, “and at least obvious enough that if you’re putting people into a crowded room to sleep on concrete floor w aluminum foil blanket on top of them that doesn’t comply with the agreement.”

“It wasn’t perfumed soap, it was soap. That’s part of ‘safe and sanitary.’ Are you disagreeing with that?” he said, adding, “I find that inconceivable that the government would say that that is safe and sanitary.”

Despite Fabian’s efforts, the three-judge panel did not appear to find her arguments persuasive.

“You’re really going to stand up and tell us that being able to sleep isn’t a question of safe and sanitary conditions?’” asked Judge Marsha Berzon.

Fabian had previously made headlines in July of 2018 when representing the administration in federal court to request an extension on the deadline to reunify hundreds of migrant children separated from their families. After the judge asked if she was available to continue work on the case over the weekend, Fabian responded that she could not because she had “dog-sitting responsibilities.”

You can watch the Trump Admin’s argument below. It ramps up around the 24:00 minute mark.