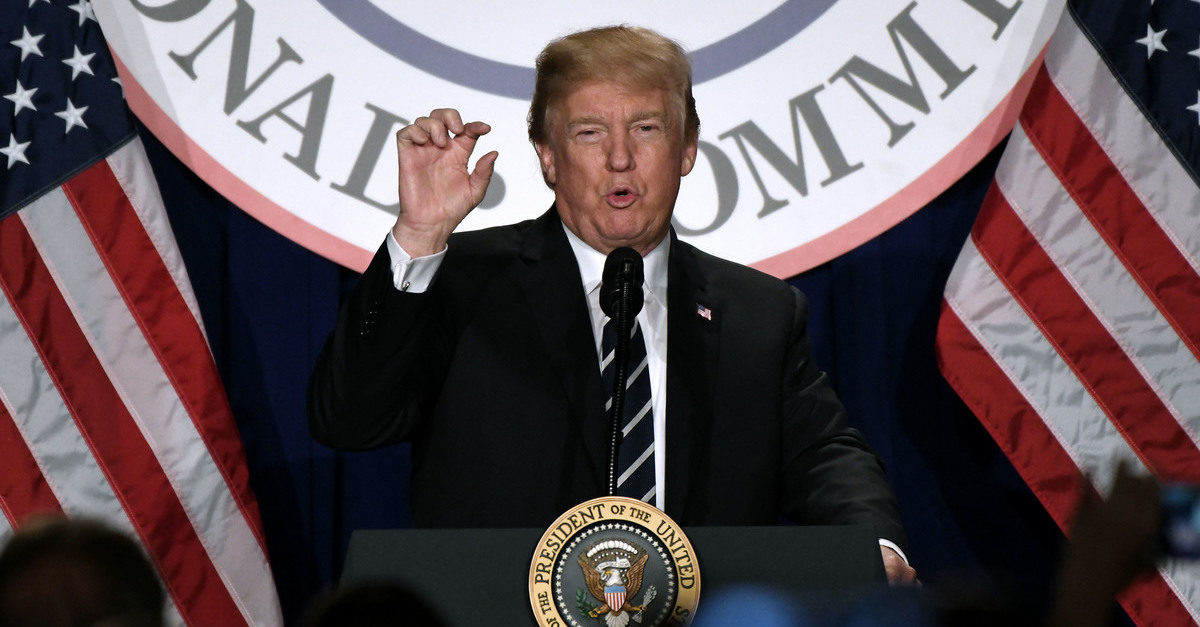 Just months after President Donald Trump announced his intention to repudiate the Paris Climate Accord in 2017, his administration quietly decided to back an Obama-era environmental policy aimed at limiting refrigerants and coolants that scientists say greatly contribute to climate change. It just so happens that the Air Conditioning, Heating and Refrigeration Institute (AHRI) trade group, which lobbied heavily in favor of ratifying the Kingali Amendment to the Montreal Protocol, also spent more than $700,000 at the Trump National Doral resort in Miami in 2017, according to government watchdog group Citizens for Responsibility and Ethics in Washington (CREW).

According to the trade group’s tax return, AHRI hosted its 2017 Annual Meeting event at Trump’s privately owned golf resort for a whopping $700,650 while the organization was undertaking an intense effort to lobby President Trump to back the Kingali Amendment.

Less than two weeks after the AHRI annual meeting in Nov. 2017, which occurred while the group was lobbying the White House, State Department Principal Deputy Assistant Secretary Judy Garber announced the administration’s decision to support ratification of the amendment.

“When he signed the Montreal Protocol, President [Ronald] Reagan said, and I quote, ‘The Montreal Protocol is a model of cooperation. It is a product of the recognition and international consensus that ozone depletion is a global problem, both in terms of its causes and its effects,'” Garber said in a November 23, 2017, a speech to diplomats. “The United States believes the Kigali Amendment represents a pragmatic and balanced approach to phasing down the production and consumption of HFCs (Hydrofluorocarbons), and therefore we support the goals and approach of the Amendment.”

CREW noted that the White House’s support for a global treaty which had previously been a key component of President Barack Obama’s climate agenda stood contra to the typical stance of the administration and President Trump, who has called climate change a “hoax” on several occasions. And while there is no direct evidence that the president’s personal financial gain played a role in the decision-making process, the apparent conflict of interest further evinces the difficulties posed by a president refusing to divest from his private businesses.

AHRI’s lobbying disclosure report for the fourth quarter of 2017 literally included lobbying “President of the U.S.” on two environmental issues, one of which was, “Supporting the U.S. ratification of the Kigali Amendment to the Montreal Protocol.” CREW also pointed out that AHRI’s lobbying expenses have increased noticeably during the Trump era.

The group spent $841,800 on lobbying in 2017 and more than a million dollars in both 2018 and 2019. During the Obama and Bush administrations, by contrast, their lobbying spending never exceeded $700,000 in a single year. They’ve disclosed lobbying “President of the U.S.” during each quarter of the Trump administration.

Although it publicly supported the amendment, the administration has not yet submitted the climate change treaty to the Senate for ratification.