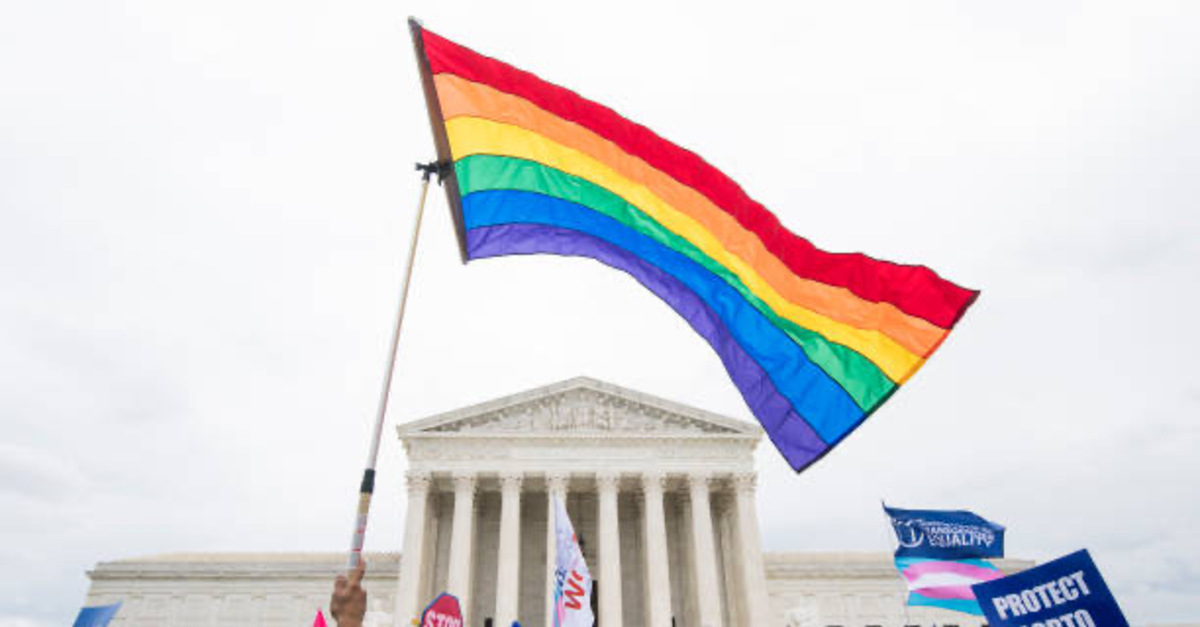 A federal court struck down a decades-old piece of discriminatory legislation targeting LGBTQ individuals in South Carolina on Wednesday.

In a seven-page consent decree, the U.S. District Court for the District of South Carolina declared unconstitutional the Palmetto State’s 1988 curriculum guidelines, which prohibited the discussion of same-sex relationships in public school health classes—except in the context of sexually transmitted infections (STIs).

The statutory language in question provided:

Passed amid the then-burgeoning HIV/AIDS epidemic, the South Carolina statute has long been reviled as a particularly obnoxious relic of the late ‘80s moral panic and extreme bigotry directed against gay Americans.

Several Civil Rights organizations argued for the anti-LGBTQI statute’s ouster in a federal lawsuit filed last month. And, in the end, South Carolina officials declined to defend the statute in court—agreeing with the plaintiffs that the language was discriminatory and in violation of the U.S. Constitution.

In late February, the South Carolina Attorney General’s Office essentially threw in the towel—conceding the statute would not pass muster viz. the Equal Protection Clause and concluded “a court is likely to adopt the analysis that Section 59-32-30(A)(5) overtly discriminates on the basis of sexual orientation” and “would likely determine that such discrimination does not serve a legitimate state interest.”

The Equal Protection Clause of the Fourteenth Amendment to the U. S. Constitution provides that “[n]o state shall . . . deny to any person within its jurisdiction the equal protection of the laws.” The Challenged Provision, S.C. Code § 59-32-30(A)(5), is a classification based on sexual orientation that is not rationally related to any legitimate state interest, and thus cannot satisfy any level of judicial review under the Equal Protection Clause.

“[T]he parties agree that § 59-32-30(A)(5) is a classification based on sexual orientation that is not rationally related to any legitimate state interest, and thus cannot satisfy any level of judicial review under the Equal Protection Clause,” the decree makes clear in a separate section.

“In South Carolina, people across the political and ideological spectrum understand that no one should be excluded because of their LGBTQ identity.  We have common ground in the shared goal of ensuring that all students are safe, respected, and supported in school,” Kevin Hall, an attorney at Womble Bond Dickinson—private counsel for the plaintiffs—told the Campaign for Southern Equality. “This court order means that we can put this clearly unconstitutional 32-year-old law behind us, and it marks a new day for LGBTQ students here, who can now go to school without the stigma that this law cast over them.  My hat’s off to the courageous students in South Carolina who spoke out against this damaging law.”

Wednesday’s order fully bars any and all enforcement of the 1988 curriculum—noting later on that the statute “may no longer be enforced, applied, or relied on by any person or entity, including but not limited to local school districts, local school district boards, and public school administrators and teachers.” Again, the decision:

The Superintendent and the Superintendent’s officers, assigns, successors, agents, employees, attorneys, and other persons who are acting in concert or in participation with each or any of them, are permanently enjoined from enforcing, applying, or relying on S.C. Code. § 59- 32-30(A)(5).

Because of the nature of the court’s order—a consent decree reached between all parties—Wednesday’s decision is a final judgment and cannot be appealed to a higher court.