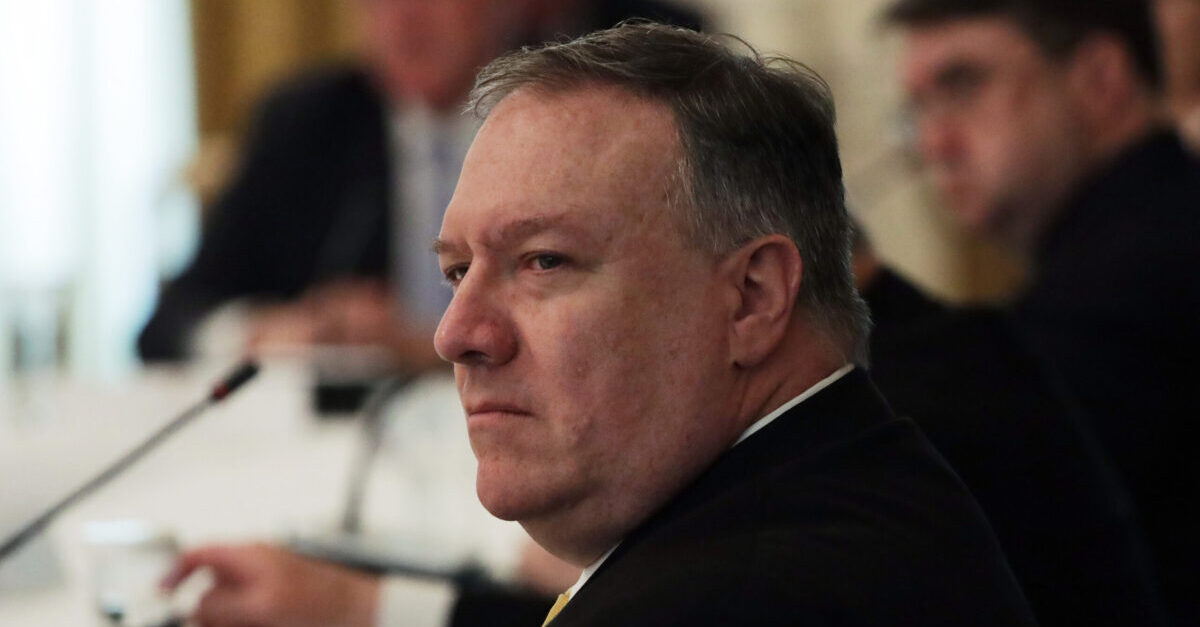 Secretary of State Mike Pompeo on Tuesday is scheduled to address the Republican National Convention (RNC) with a recorded speech that will defy decades of diplomatic precedent and violate “legal restrictions” that Pompeo’s department issued months ago and reiterated to personnel in July.

Chairman of the House Foreign Affairs Committee Eliot Engel (D-NY) on Monday announced that his committee had obtained internal State Department documents revealing that Pompeo approved language from the legal department that explicitly restricted employees from engaging in any partisan political activity.

"Senate-confirmed Presidential appointees may not even attend a political party convention or convention-related event."

Just last month, in a cable to every @StateDept office and diplomatic post that went out with his own signature, Secretary Pompeo reiterated this guidance. pic.twitter.com/fCYK4btZr5

After publicly releasing the documents, Engel said in a statement that Secretary Pompeo consistently throws the rules “out the window” when they prevent him from “serving his political interests and Donald Trump.”

In a December 2019 memorandum from the State Department Office of the Legal Adviser (OLA), entitled “Rules on Political Activities, OLA unequivocally concluded that all presidential and political appointees such as Pompeo are prohibited from engaging in “political activity in concert with a partisan candidate, political party, or partisan political group.”

The memo then provides examples of prohibited conduct which includes endorsing a particular campaign and speaking “for or against a partisan candidate.”

The memo also includes a line, written in a combination of bold font and italics for added emphasis, which states: “Senate confirmed Presidential appointees may not even attend a political party convention or convention-related event.”

The State Department’s internal ethics website had also included a copy of the December memo, but the document appears to have been removed from the site Sunday night, just hours after it was announced that Pompeo would be addressing the RNC.

According to records obtained on Monday by Politico, Deputy Secretary of State Stephen Biegun emailed all State Department employees in February, imploring them to review a slew of legal memos—including the December memo—outlining departmental restrictions on political activity of U.S. diplomats and other State Department staffers.

“In my case, as a Senate confirmed Department official, I will be sitting on the sidelines of the political process this year, and will not be attending any political events, to include the national conventions,” Biegun noted in his email.

“This is truly remarkable. [Pompeo] has flouted every law and norm he can during his disastrous tenure. He stonewalled Congress during impeachment yet eagerly provided docs to [Sen. Ron Johnson’s] bogus ‘investigation,’ and won’t even turn those docs over to the House. And now this,” he said.

This is truly remarkable. @SecPompeo has flouted every law and norm he can during his disastrous tenure. He stonewalled Congress during impeachment yet eagerly provided docs to @SenRonJohnson bogus “investigation,” and won’t even turn those docs over to the House. And now this… https://t.co/cPVZDAMEoK

Similarly, New York University Law School professor and former Department of Defense special counsel Ryan Goodman said that Pompeo “ought to consult his attorney before speaking at the {RNC].”

Others contrasted Pompeo’s approach to the RNC with that of George W. Bush’s Secretary of State Colin Powell.

Colin Powell in 2004: "'As secretary of state, I am obliged not to participate in any way, shape, fashion, or form in parochial, political debates. I have to take no sides in the matter.” 3/7 https://t.co/a47tTJuJ5o …