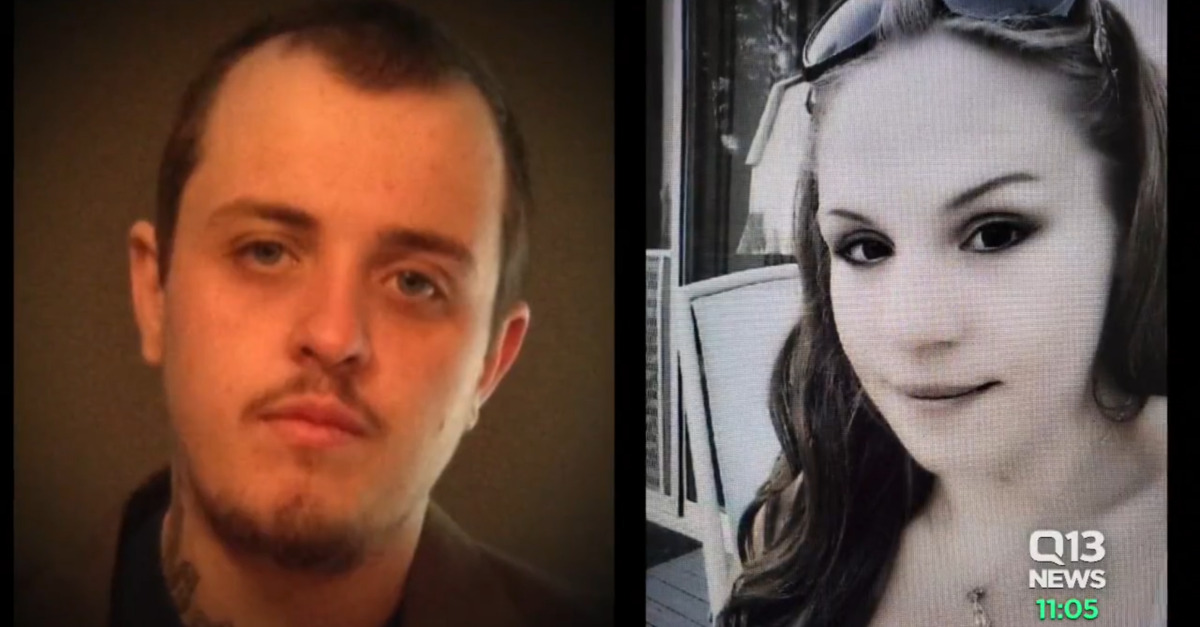 Seattle-area man Michael Lee Dudley now faces two counts of murder, and it all started with a TikTok video.

Recall: the viral video of teenagers searching through rocks on Alki Beach in Seattle while randonauting in late June. They come across a suitcase and decide to open it–apparently hopeful there might be cash inside. Instead they discover the smell of death.

A body was stuffed inside the suitcase. Another body was later found by police in another suitcase in another body of water. According to the King County Medical Examiner’s Office, based on the state of decomposition, 35-year-old Jessica Lewis and her 27-year-old boyfriend Austin Wenner were shot and killed on or around June 9.

https://t.co/Mt0Uo8A0U6
Michael Lee Dudley charged with two counts of murder in the second degree
Held on $5 million bail he will be arraigned Sept. 8 pic.twitter.com/GLo8TFJL2m

Per court documents obtained by local CBS affiliate KIRO, 62-year-old Dudley was arrested and charged with two counts of second-degree murder late last week. His bail was set at $5 million.

Dudley was previously the couple’s landlord and he admittedly argued with the victims over back-due rent.

“He had charged them $1,500 a month in rent, but they were not able to pay it,” a police document obtained by the outlet notes.

After obtaining a search warrant, police inspected the house where the three lived and discovered bullet holes in the wall, blood in the couple’s room and a fresh coat of paint. During an interview, Dudley allegedly told investigators that Lewis had somehow managed to cut herself. But police say he couldn’t quite account for the bullet holes. He was arrested immediately after the interrogation.

The charging documents explained the possible motivation and suggested that more than one person may have been involved in the crimes:

While the precise motive for this crime is not yet fully known, the evidence to date shows that the defendant was angry with the victims for not paying rent and for bringing potential criminal activity to the Ambaum home. The defendant, likely with the aid of others, dismembered the two victims after he killed them, separated their bodies into multiple bags and suitcases and tried to hide them in different bodies of water. This process would have taken a lot of time and effort and his willingness to take these extreme steps demonstrates the threat he poses to the community.

According to Westside Seattle, Dudley’s backstory suggests a history of sexual abuse and incest; Dudley’s daughter filed a sexual assault restraining order against him in June 2018.

Filed in Pierce County Superior Court, the document accused Dudley of sexually assaulting his daughter for nearly a decade.

“I don’t feel safe in my home. Or leaving my home to work,” his daughter added–while also describing a disturbing tendency. Dudley allegedly frequently took out his gun and threatened to use it.

The court, however, rejected his daughter’s request.

“This allegation and the relationship of the party does not meet the definitions in a sexual assault petition per RCW 26.50.010,” the denial read. “These allegations fall under domestic violence.”

Gina Jaschke is Lewis’s aunt and said she was close with her niece before she died. Jaschke told the outlet that her knowledge of Dudley more or less tracks with the allegations made by his daughter.

“Sometimes he would break their car so they couldn’t leave,” she said–describing him with various epithets. “He put trackers on people’s cars. Anytime he ever got in a dispute with anybody he would tell them to leave but try to lock them in the house.”

Dudley also allegedly had another disturbing and typically telling tendency: cruelty toward animals that couldn’t protect themselves.

“He killed the dog in front of them and left the carcass outside for three days to scare them,” Jaschke continued. “They had nowhere to go That’s why they stayed there. He beat this dog to death with a hammer because it got one of his chickens…he just left it out there for the other dogs to look at and sniff. He’s a freaking psycho.”

She also said the loss of her niece–a mother of four–and her niece’s longtime boyfriend has all-but destroyed their families.

“I want to believe they didn’t suffer.”