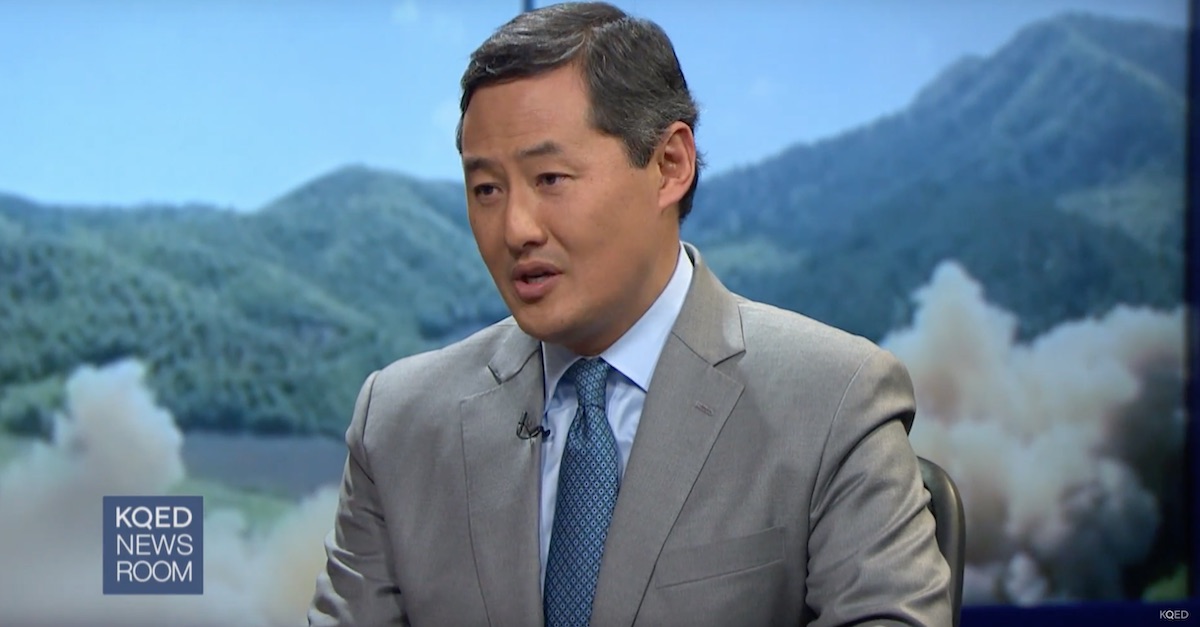 Yoo was quoted in the Times saying the across the board stonewall of congressional subpoenas to testify or supply information was “unusual” in that it is a “blanket refusal.”

“It would be extraordinary if the president actually were to try to stop all congressional testimony on subpoenaed issues. That would actually be unprecedented if it were a complete ban,” Yoo said.

So far, a key witness in former White House counsel Don McGahn has agreed with the White House’s directive not to comply with the subpoena. McGahn emerged as a key figure in Special Counsel Robert Mueller‘s obstruction investigation. McGahn was privy to two orders from the president to go to Deputy Attorney General Rod Rosenstein and ask him to fire Mueller.

It’s no secret why Democrats would want to grill him further, but McGahn is not going to speak against orders. McGahn is still “bound by rules of professional conduct that require him to keep secrets of his former client.”

Meanwhile, Attorney General William Barr warned Democrats that if they moved forward with contempt proceedings he would respond by recommending that Trump assert executive privilege over the full Mueller report and underlying evidence. Trump has invoked executive privilege.

Yoo claimed that it was obvious from the start that Trump wasn’t a constitutional scholar.

“During the campaign, Mr. Trump gave little sign that he understood the constitutional roles of the three branches,” Yoo argued. “In his Inaugural Address, Mr. Trump did not acknowledge that his highest responsibility, as demanded by his oath of office, is to ‘preserve, protect and defend the Constitution.” Instead, he declared his duty to represent the wishes of the people and end ‘American carnage,’ seemingly without any constitutional restraint.”

Yoo was mainly reacting at the time to Trump’s “order to build a wall along the border with Mexico, and his suggestion that he will tax Mexican imports or currency transfers to pay for it.”

“The president has no constitutional authority over border control, which the Supreme Court has long found rests in the hands of Congress,” Yoo responded. “Under Article I of the Constitution, only Congress can fund the construction of a wall, a fence or even a walking path along the border. And the president cannot slap a tax or tariff on Mexican imports without Congress.”

“A successful president need not have a degree in constitutional law. But he should understand the Constitution’s grant of executive power,” Yoo advised.

The so-called “torture memos” forever to be linked to Yoo were remembered this way by The Atlantic a number of years ago:

When we talk today of the “torture memos,” most of us think about the later memoranda, like the infamous “Bybee Memo” of August 1, 2002, which authorized the use of torture against terror law detainees. But those later pronouncements of policy, in one way or another, were all based upon the perversion of law and logic contained in the February 7 memo. Once America crossed the line 10 years ago, the memoranda that followed, to a large extent, were merely evidence of the grinding gears of bureaucracy trying to justify itself.