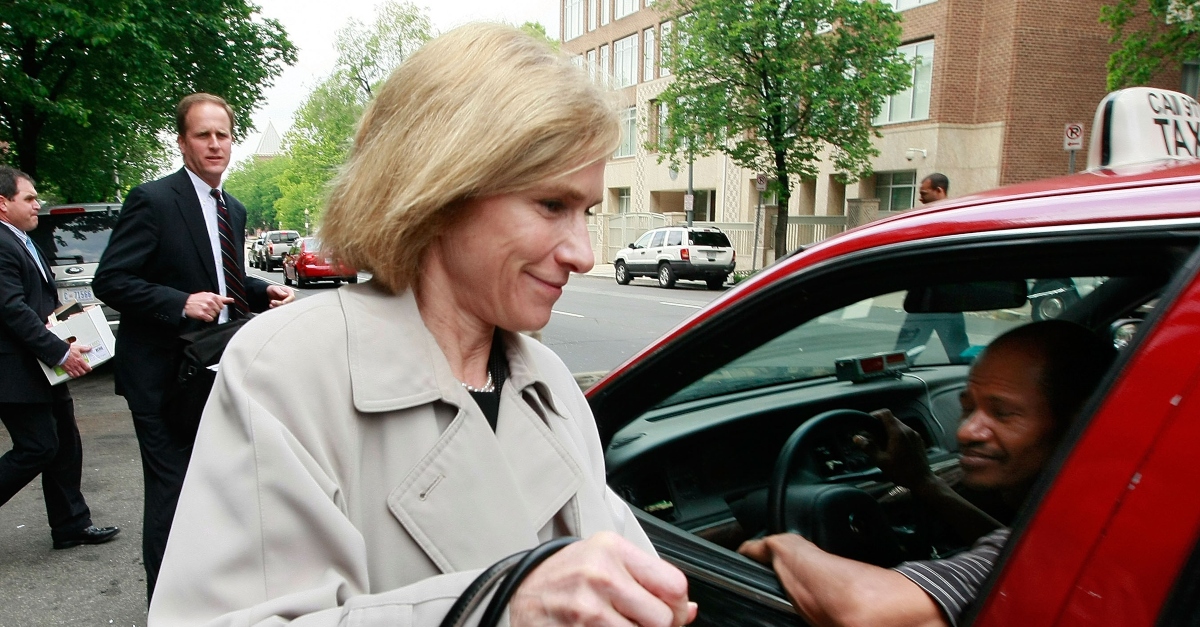 The so-called Durham probe–the investigation of the investigation into the Trump campaign’s connections to Russia–just lost one of its top prosecutors. Nora Dannehy, an aide to U.S. Attorney for the District of Connecticut John H. Durham, has resigned, according to The Hartford Courant. She reportedly stepped down at least in part because of concern that Attorney General Bill Barr is applying political pressure on investigators come up with a report before their work is completed, according to colleagues cited by the newspaper.

Really big. Nora Dannehy is an incredibly well-respected prosecutor – not the type of person who would take this step for no reason. https://t.co/Oc4y2Foiv0

Nora Dannehy is highly regarded. She investigated the firings of 9 US Attys during the Bush administration & is widely viewed as a non-partisan professional. https://t.co/jla0svnMxJ

Dannehy publicly kept things low key. In an email sent Thursday evening, she reportedly kept it to a short farewell, and did not mention concerns about political pressure.

🚨🚨
Canary in coal mine dead.

Top Durham aide, Nora Dannehy resigns partly because “team is being pressed for political reasons to produce a report before its work is done”!https://t.co/JvXtU8k4bY

But according to colleagues, Dannehy worried about what she thought was pressure from Attorney General Barr to get results before the upcoming presidential election in November. The outgoing prosecutor, who is described as not being a supporter of President Donald Trump, reportedly struggled between her loyalty to longtime cohort Durham and her worries about undue political influence.

I’ve been on the other side of cases from Nora Dannehy for decades. I’ve found her to be principled, diligent and nonpartisan. Her participation was one of the reasons I had confidence the Durham probe wouldn’t go off the political rails. Stunning, esp given her loyalty to Durham https://t.co/Pukb4cq2En

Barr has denied using the Durham probe for political purposes.

“I’ve said there are going to be developments, significant developments before the election, but we are not doing this on the election schedule,” he said in an August interview with Sean Hannity on Fox News. “We are aware of the election, we are not going to do anything inappropriate before the election, but we are not being dictated to by this schedule, what’s dictating the timing of this are developments in the case and there will be developments. The way out of the politicization and corruption of the justice system where it’s used as a political weapon by one party against another is not to deliver tit-for-tat, it’s not to use the tactics of the other side, it’s to uphold the rule of law, use the right standard, and that’s what I’m trying to do.”

The attorney general recently said that more charges in the probe could be possible, but declined to say if this would happen before election day. Barr was asked recently if he feels like he has been pressured by the president to come up with results. He said no.

The president, for his part, has said Barr’s legacy depends on what happens.