These Are the Legal Issues Surrounding ‘Unmasking,’ and Here’s Who’s Doing It the Most 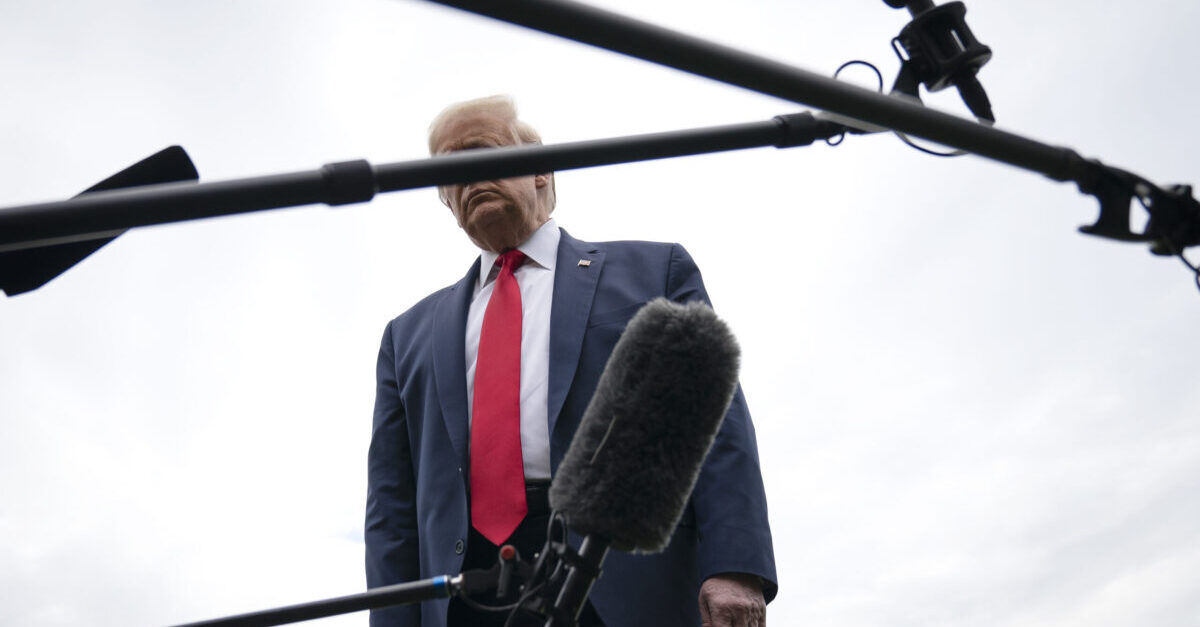 Everyone’s talking about “unmasking,” but very few people are being honest about what that term really means or where it came from.

The Donald Trump White House and its allies have projected the notion that the unmasking process is always nefarious and illegal, though the current administration has issued unmasking requests far in excess of the administration of immediate predecessor Barack Obama. National security state fixtures and Democrats insist the unmasking process is standard, routine, and necessary — despite the fact that unmasking has only existed for a little over a decade and was specifically conceived as an ex post facto method to reward and protect what critics say is rampant criminality by the national security state.

Spying on American citizens without a warrant used to be illegal. The administration fronted by George W. Bush and largely administered by Dick Cheney did it anyway — for several years. In 2005, The New York Times finally released a story that had been withheld prior to the 2004 presidential election which confirmed the existence of the program known as Stellar Wind — which critics call unconstitutional.

The reactionary U.S. Congress, with both houses controlled by the Democratic Party, passed a bill to retroactively — and arguably — legalize these spying efforts by way of the Protect America Act of 2007. Subsequent amendments made in the Foreign Intelligence Surveillance Amendments Act (FISA) of 2008 ensured that the Bush-Cheney warrantless spying program would stand the test of time.

Gone were the days of law enforcement having to seek out warrants for intercepting Americans’ communications. So long as the spy agency targets a foreign national “reasonably believed” to be outside the United States, the government has given free rein, for up to one year, to listen in and otherwise collect all forms of electronic data.

One of the few protections afforded to American citizens who are caught up in such dragnets is the masking requirement, which is mainly sourced from FISA’s general “minimization procedures.” Each agency’s rules are somewhat different, but when, for example, the Federal Bureau of Investigation (FBI) or National Security Agency (NSA) targets a foreign national and catches the name or communications of an American citizen, the spy agency is supposed to obscure the American citizen’s name by using “U.S. Person 1” or “a named U.S. Person” in any resulting intelligence reports.

Those protections are, by design, not very strong.

(1) specific procedures, which shall be adopted by the Attorney General, that are reasonably designed in light of the purpose and technique of the particular surveillance, to minimize the acquisition and retention, and prohibit the dissemination, of nonpublicly available information concerning unconsenting United States persons consistent with the need of the United States to obtain, produce, and disseminate foreign intelligence information;

Spy agencies, in turn, craft their own determinations of how to keep American citizens’ privacy in place via internal rules.

Thus, those agencies mask. But national security officials — and other high-level executive branch figures — can also unmask with ease if they merely justify their unmasking requests with a plea to national security or some other allegedly legitimate rationale.

Unmasking procedures are also governed by internal agency rules and—of a piece with the Kafkaesque contours of FISA generally—there’s only oversight in name. That is, there is effectively no oversight whatsoever. Whether or not an unmasking is truly legitimate is necessarily impossible for the American public to know.

A brief unmasking scandal quickly passed through the collective consciousness during the spring and early summer of 2017 after allies of President Donald Trump alleged that highly-placed Obama administration officials “mishandled and leaked” surveillance information in a way that led to the improper identification of non-targets implicated in a foreign intelligence-gathering scheme.

Those charges, mainstreamed by Rep. Devin Nunes (R-Calif.) on behalf of the White House, effectively amounted to a dual-pronged blunt political instrument: (1) they suggested the then-controversial idea that Barack Obama authorized surveillance against the Trump campaign; and (2) they had characteristics of specific retribution directed against members of Trump’s transition team.

The original story concerned Obama’s onetime national security adviser, Susan Rice, who was apparently the foremost impetus behind the majority of those requests for the Trump aides in question to be unmasked after they appeared in surveillance reports of non-U.S. citizens during the final days of the Obama administration.

Again, the names of Americans are initially redacted in such intelligence reports. But the quirks of the national security state reward powerful individuals with end-runs around procedures and safeguards if their hearts desire such knowledge. When Rice requested those redactions be lifted, the intelligence community was more than happy to comply. It is a feature, not a bug, of how such facially sensitive information can quickly shape-shift according to political whims. That’s how the national security state works.

The inner logic is power itself. Democrats and national security-flavored pundits insisted the whole to-do was merely ho-hum; the Trump administration saw red, called foul and screamed like blood at several decibels for awhile. The scandal eventually died down and went away. Now it is back again.

And this time, there’s no guessing game as to who was outed for being mentioned by — or conversing with — a foreign surveillance target. This time around, the unmasked man is well known and already consuming a fair deal of digital ink and broadcast bandwidth. And he just so happens to be the subject of Trumpworld’s latest passion play: retired lieutenant general Michael Flynn.

Notably, the Biden campaign did not respond favorably to Herridge’s reporting.

“SCOOP,” tweeted Biden’s Rapid Response Director Andrew Bates in a since-deleted tweet. “Catherine Herridge is a partisan, rightwing [sic] hack who is a regular conduit for conservative media manipulation ploys because she agrees to publicize things before contacting the target to ask for comment.”

As it turns out, Biden’s request to unmask Flynn was made on January 12, 2017 — the same day that the Washington Post‘s David Ignatius initially reported on the conversations via Flynn and then-Russian ambassador Sergey Kislyak. The Intercept’s Glenn Greenwald argued at the time that the “senior U.S. government official’s” leak to Ignatius was illegal. It would not be a surprise if Trump’s allies pushed for an investigation. Such a course of action would, of course, have severe implications for the 2020 presidential election.

This was the description of the list of individuals who submitted requests to unmask Flynn:

The landscape here is a partisan minefield constructed out of what the intelligence community insists is simply business as usual.

Former CIA official Michael Morell told the Washington Post that unmasking happens all the time:  “literally hundreds of times a year across multiple administrations,” he said. “In general, senior officials make the requests when necessary to understand the underlying intelligence. I myself did it several times a month and NSA adjudicates the request.”

Former Director of National Intelligence and retired lieutenant general James Clapper said Thursday on SiriusXM’s The Joe Madison Show that unmasking “is not at all nefarious.”

“Well, I think creating that exact narrative as though this was something illegitimate or inappropriate when it is actually a very, very useful tool available to national security officials. And I know that officials in the current administration are using it to a fairly well actually much more than the previous administration,” he said. “So they too must recognize that this is a valuable tool that serves the national security interests of the United States. It’s not at all nefarious. And the unmasking is occasioned by the interest, the objective of trying to minimize the identity of U.S. persons and restrict that access as much as possible. That’s why the program is designed the way it is. So it’s a legitimate, appropriate and important national security tool.”

He also said that the alarm bells were going off about Flynn and that it was “perfectly legitimate” to take a closer look.

“There were actually dozens of contacts with various representatives of Russia. And so at the time our dashboard warning light [started blinking] . . . given the responsibilities of these positions, it seems to me perfectly legitimate, in fact people would be derelict if they didn’t have enough curiosity to inquire what was going on,” he added.

Civil libertarians and Fourth Amendment advocates would likely counter that the status quo of routinely unmasking American citizens due to requests from political appointees is, actually, somewhat problematic — and, as noted above, it’s certainly not a longstanding feature of American society; it was only constructed from the ashes of an expressly illegal and unconstitutional program in the first place.

So, has the Trump administration found religion when it comes to the protection of Americans’ civil liberties? Hardly.

In fact, after learning all about the Obama administration’s efforts to unmask certain members of their transition team, it seems the Trump administration underwent a Damascene conversion in the exact opposite direction. The 45th president’s national security state has ordered a massive spike in unmasking requests when compared to numbers from prior years.

According to the DNI, NSA received these amounts of SIGINT “unmasking” requests per year:

Something very odd was happening in 2018. Remind me who was in the White House then…