Texas Man Uses Guns to Tell People to Get Off His Overgrown Lawn, Dies 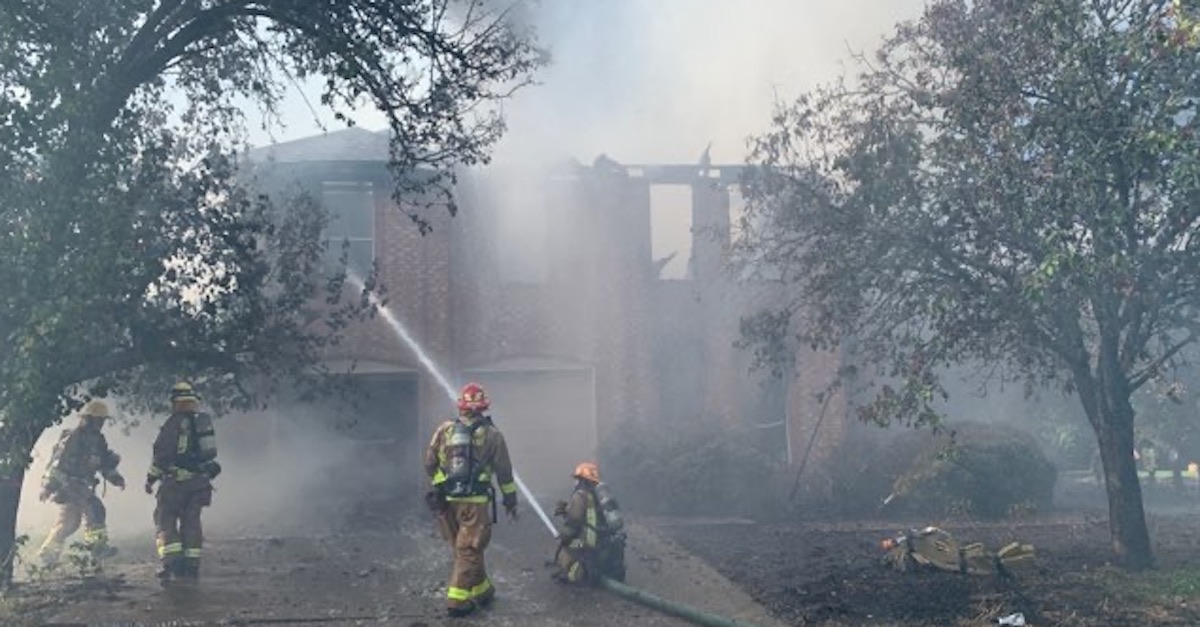 A man in Texas is dead after a shootout with police in Austin stemming from the city’s efforts to trim an overgrown lawn.

It all started with a nuisance abatement effort on Wednesday morning, and ended hours later when the man, armed with multiple weapons, came out of the garage as the house burned down around him, authorities said. At 9:15 a.m. that day, Austin police, along with code enforcement officers, served a search warrant at the house for a nuisance abatement related to the overgrown lawns in both the front and back of the house.

About an hour later, as contractors for the code enforcement department were trimming the lawn, someone in the house started firing at them, Austin Police Chief Joseph Chacon said at a press conference Wednesday. The man was reportedly described as white and in his 50s. He has not yet bet identified.

None of the contractors were injured, and all were able to back away safely from the house.

But the ordeal was far from over.

After the initial gunshots were fired, the officers tried talking to the person inside the house, Chacon said. The resident didn’t respond.

A SWAT team was called to the house, along with mental health officers and a crisis negotiator. A nearby elementary school was placed on lockdown. A PA system was used, because officials had no other way to reach the man inside the house.

“SWAT spent several hours trying to negotiate with the individual to just simply come out of the house,” Chacon said. But there was no response.

Then, just after 3:15 p.m., the suspect started firing at officers in back of the house, Chacon said.

“There were several shots fired at the officers, and because of the immediate threat, at the front of the house, they made entry using a robot,” he said.

The robot revealed that a fire had started inside the house, and it was spreading quickly. Officers also heard more gunshots at that time, although it was unclear where the suspect was, and where he was firing, Chacon said.

It was not immediately clear how the fire started.

Officers backed off, but for the next 20 minutes still tried to reach the person inside the house. By this point, the house looked like it was fully engulfed in flames, according to Chacon. Thinking the man inside had succumbed to the flames and smoke, Chacon said that firefighters started to put out the blaze.

But the man hadn’t succumbed.

“At approximately 3:39 p.m., the garage door opened and the suspect stepped out of the garage, with weapons in hand,” Chacon said. “At that time a SWAT officer shot and struck the resident, who went down with a gunshot wound.”

Officers tried to administer lifesaving aid before the man was taken to the hospital, but he didn’t survive. He was pronounced dead at 4:01 p.m., about seven hours after efforts to cut the lawn had started.

Chacon described the lawn nuisance issue as an “ongoing situation with the code department regarding an overgrown lawn in the front and back yard.”

Neighbors told local CBS affiliate KEYE that they had rarely seen the man who lived in the house. The house is in the Circle C neighborhood, where the median home price is nearly $750,000.