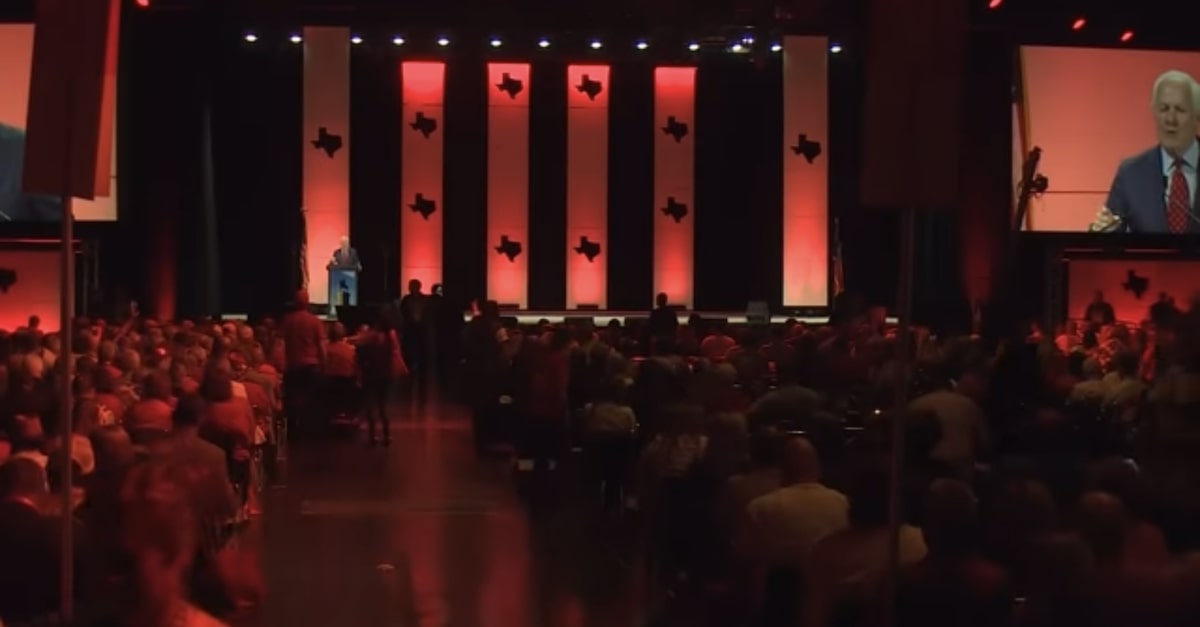 The Republican Party of Texas voted for a resolution that would appear to rock the foundations of judicial review in the United States. Along the way, the Texas GOP rejects the legitimacy of Joe Biden’s presidency, describes homosexuality as an “abnormal lifestyle choice,” and urges the legislature to push a referendum on whether the Lone Star State should secede from the union.

That only scratches the surface on the radical proposals on the 273-point platform urges the abolition of several government agencies, withdrawal of the United States from the United Nations and the prosecution of physicians who perform “non-elective abortions” with homicide.

Overshadowed by numerous other proposals seemingly putting the state party in the firm embrace of the far-right, the Texas GOP appears to call for dismantling the 1803 Supreme Court precedent Marbury v. Madison.

Highlighting the first clause, The Economist’s Supreme Court correspondent Steven Mazie identified the language as a clear rejection of more than two centuries of precedent establishing the concept of judiciary review in the United States.

The TX Republican platform, among many other things, calls for the reversal of Marbury v. Madison & congressionally imposed SCOTUS jurisdiction stripping pic.twitter.com/5yvNII1yN3

In 1803, the Supreme Court established  in Marbury v. Madison that U.S. courts can strike down laws that violate the Constitution, or as then-Chief Justice John Marshall put it: “A Law repugnant to the Constitution is void.” It has been called the most important precedent in the high court’s history by establishing the judiciary as an independent and co-equal branch of government.

Implicitly calling to topple that pillar of constitutional checks and balances, the Texas GOP likewise rejects the findings of more than 60 state and federal courts across the United States about the 2020 election.

“We reject the certified results of the 2020 Presidential election, and we hold that acting President Joseph Robinette Biden Jr. was not legitimately elected by the people of the United States,” the resolution flatly states.

Federal judges appointed by both Democratic and Republican former presidents—including by Donald Trump—dismissed the false election fraud claims embraced by the Texas GOP. So did numerous members of the Trump’s own administration, including his former Attorney General Bill Barr and cyber-security czar Chris Krebs, who found the 2020 election was the most secure in U.S. history.

According to the Texas Tribune, delegates voted down entreaties to soften anti-gay language in the resolution.

“We are the Republican Party of Texas, not the Westboro Baptist Church,” one delegate said, according to the Tribune.

The Westboro Baptist Church is a virulently anti-gay and antisemitic hate group whose members have held protests at the funerals of gay people and U.S. soldiers.

The delegate’s reported entreaties were overruled: The final version of the resolution continued to call homosexuality “abnormal” and called to nullify the Supreme Court’s landmark ruling Obergefell v. Hodges that extended the fundamental right to marry to same-sex couples.

Apparently flirting with secession, the Texas GOP wants to put “independence” on the ballot.

“We urge the Texas Legislature to pass bill [sic] in its next session requiring a referendum in the 2023 general election for the people of Texas to determine whether or not the State of Texas should reassert its status as an independent nation,” the document states.

The Texas GOP also officially rebuked Republican senators behind recent firearm safety legislation, casting all gun control as a “violation of the Second Amendment and our God given rights.” One of the senators on the rebuke list, John Cornyn of Texas, was booed at the state’s convention, KHOU reported.

(Screenshot from Sen. Cornyn’s speech at the convention via KHOU)