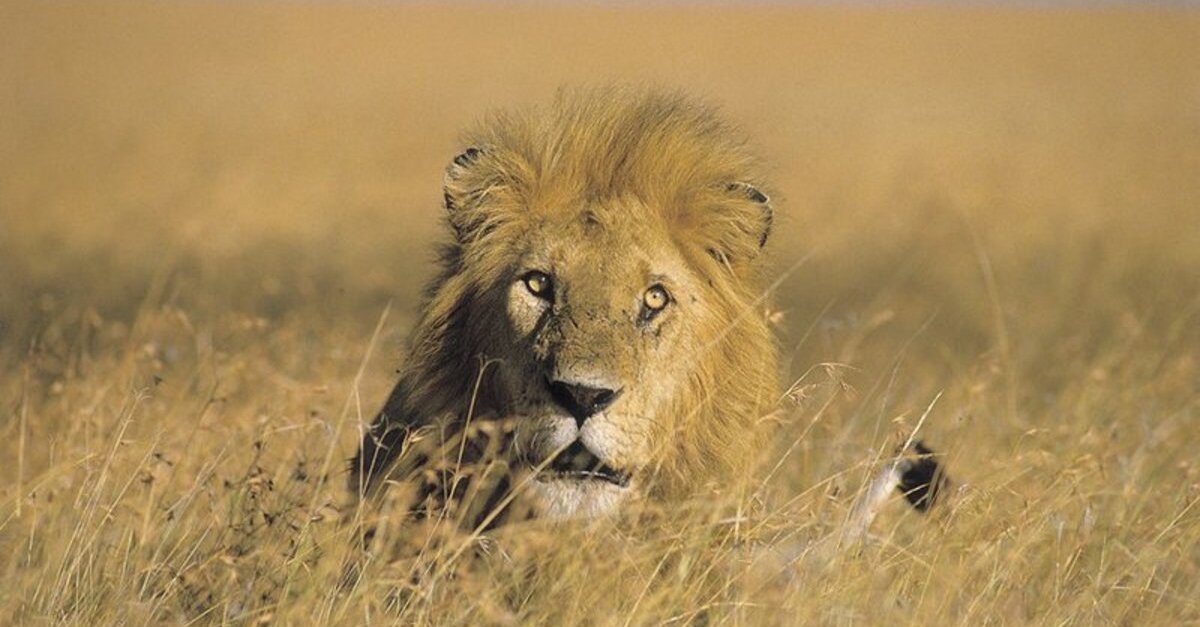 Louise Linton has a problem with her husband’s boss. The infamous rich woman, largely known for celebrating her own wealth and a concomitant air of disdain toward people with less money than her, criticized the Trump administration for allowing the importation of dead animals protected by the Endangered Species Act.

“Americans should not be permitted to kill exotic animals for fun!! Linton exclaimed in a Wednesday afternoon Instagram post featuring an up-close photograph of a majestic-looking lion crouched amidst the tall grasses and weeds of somewhere in Africa.

Linton’s post contained the following excerpt from a September article by the animal-focused nonprofit Center for Biological Diversity:

The Trump administration has authorized a U.S. hunter to import a lion trophy from Tanzania — the first allowed from that country since lions were given protection under the U.S. Endangered Species Act in January 2016. A Florida man received permission to import the lion’s skin, skull, claws and teeth, according to U.S. Fish and Wildlife Service records belatedly released under the Freedom of Information Act.

“The decision likely signals that the Fish and Wildlife Service is approving, or will approve, lion and other wildlife trophy imports from Tanzania, despite that nation’s troubling history of mismanaging populations of lions, elephants and other imperiled animals,” the article continues on the nonprofit’s website. “Many — likely more than two-thirds — of the permit findings would apply to other applications for Tanzanian trophy imports.”

Linton’s post also contained the following call to action: “Urge Congress to pass the Conserving Ecosystems by Ceasing the Importation of Large Animal Trophies (CECIL) Act to ban imports of trophies and parts from African lions and elephants from Tanzania, Zimbabwe and Zambia into the United States.”

Law&Crime previously reported on the Trump administration’s quiet reversal of an Obama-era ban on the importation of lions, elephants and a rare antelope known as the bontebok. That policy went into effect in March 2018.

Commenters on the Instagram post were split between praising Linton’s digital activism and offering criticism directed at the Trump family and administration.

“Next do caged kids,” one poster wrote. “Thanks!”

Linton, for her part, has previously said she’s not happy about that.

In a June article of Los Angeles Magazine, an interviewer asked: “Donald Trump Jr. is not in the administration. He’s a big advocate of big-game hunting—lions and elephants. Do you feel uncomfortable going to dinner with him?”

To which Linton replied:

(Long pause.) Yes, I feel uncomfortable. … Look, I do what I can. I was involved in a couple of meetings at the White House, one of them was a Pets for Vets thing. So there I was, sitting in the Roosevelt Room in a suit, with all these other animal advocates, and my husband walks past and he does a double take, like, “Honey? What are you doing in the Roosevelt Room?” (Laughs.) I’m like, “Hi Steve. I’m just here being a voice for the animals!”

Linton is married to Treasury Secretary Steven Mnuchin. She previously captured the public eye and quickly catapulted to an unenviable place in the public imagination in November 2017 when she posed with a sheet of sheet of money at the Bureau of Engraving and Printing in Washington, D.C. while dressed to the nines.

The internet quickly and mercilessly mocked the couple for that photo shoot.