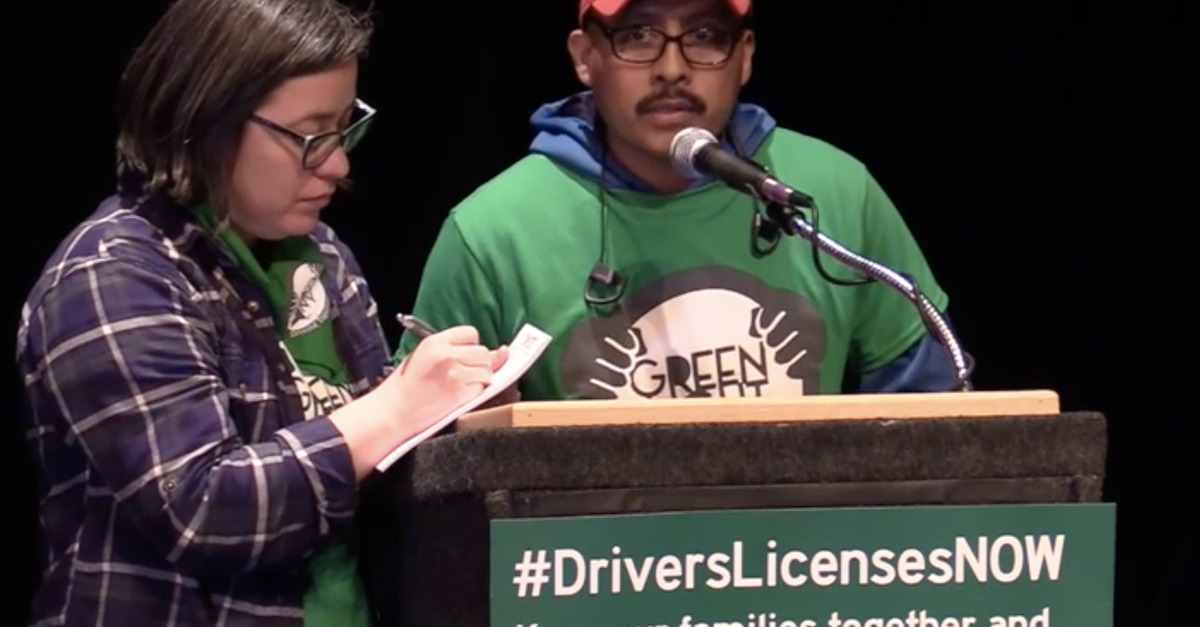 It seems we’ve got some new 1Ls in the Kim Davis School of Law. This time, county clerks in New York State are deciding not to issue driver’s licenses to undocumented immigrants – even though the denial is in direct contravention of New York’s new “Green Light Law.”

When New York State passed the “Green Light Law” last June, local clerks and other municipal officials started vowing to stand tall against illegal immigration by dragging Gov. Andrew Cuomo and his liberal ways into court. The Green Light Law goes into effect December 14. Now, its fierce opponents are taking their righteous indignation to federal court (and, like Kim Davis, are losing).

Erie County clerk Michael P. Kearns’s federal lawsuit was dismissed on Friday for lack of standing, which is somewhat amusing. As the County Clerk, Kearns’ job is to enforce the laws as they exist – not to insert himself into a political dispute like some imagined champion of justice. Lawsuits are for people with actual, personal disputes — not just those who dislike the laws adopted by state legislatures. Kearns’s lawsuit was smacked down for the very reason his refusal to acknowledge the law is so infuriating: it’s just not about him.

Predictably, Kearns doesn’t plan to take his loss laying down; he vowed to appeal the decision – a promise that ignited a coalition of eight states and the District of Columbia, not to mention the New York Civil Liberties Union, to file amicus briefs defending the law. Kearns isn’t standing alone in his determination not to follow the letter of the law. Allegany County Clerk Robert L. Christman adopted a similar stance, telling press, “If you come into my facility and you have done something illegal, it is my obligation to report you to the appropriate authorities, whether you’re a citizen or not.”

Some of the hardest-working and most productive people in this city are undocumented aliens. If you come here and you work hard and you happen to be in an undocumented status, you’re one of the people who we want in this city. You’re somebody that we want to protect, and we want you to get out from under what is often a life of being like a fugitive, which is really unfair.

That was back before Rudy was infected by MAGA-mania, but the sentiment still stands.

Listen, though, if you think there’s more to lose than to gain by allowing undocumented immigrants to drive legally, you’re entitled to your opinion. And if you’re a legislator, you’re even entitled to vote against the bill. But once the bill passes and becomes law, you’re not allowed to simply ignore it – particularly if you are a government official sworn to uphold the law.

This is not the Wild West.

If your job is to hand out driver’s licenses, you are obligated to give those licenses to everyone authorized under the law — not just to the people you prefer. Case closed.