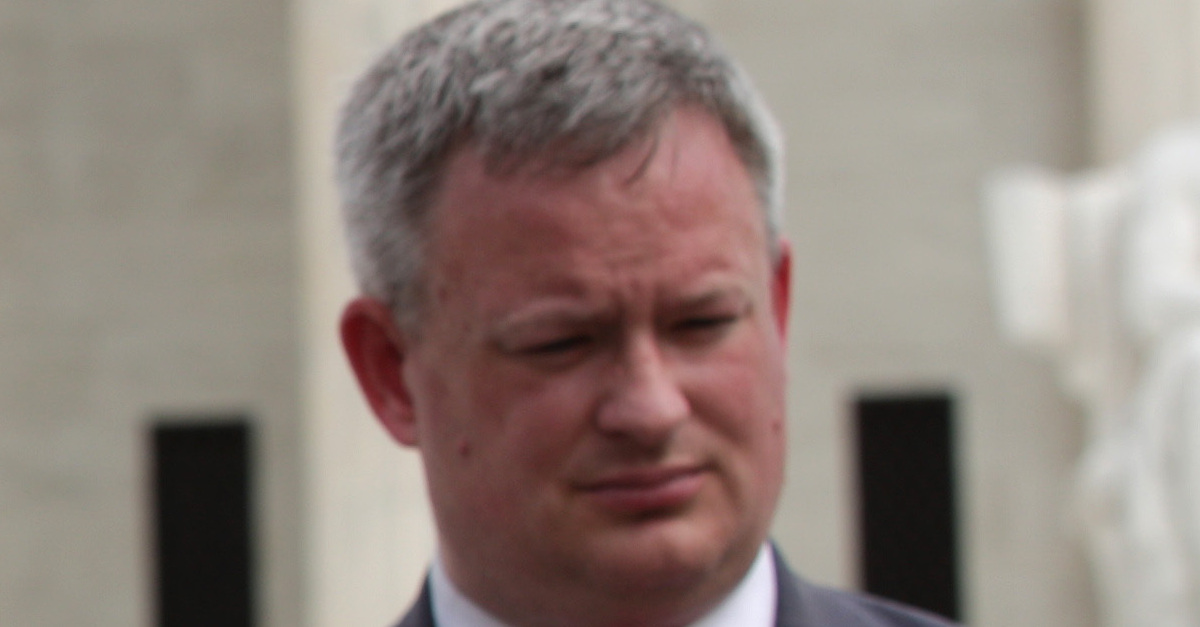 South Dakota’s Republican Attorney General Jason Ravnsborg originally said he hit a deer while driving home from a GOP fundraiser. But that “deer” was actually a man, 55-year-old Joseph Boever. The man’s dead body was discovered the next morning.

On Thursday, Ravnsborg was charged with three misdemeanors unlikely to result in significant jail time, if any.

The attorney general is facing one count each of careless driving, operating a motor vehicle while using a mobile electronic device and a lane-changing violation. Each of those “Class 2” misdemeanors carries a maximum penalty of 30 days in jail and/or a $500 fine.

Some members of Boever’s family were notified before the charges were announced publicly and are dissatisfied with the results.

“They obviously don’t like our decision in this case, but as we all know, victims don’t make this decision,” Beadle County State’s Attorney Michael Moore told the Associated Press.

Nick Nemec, one of Boever’s cousins, recently said authorities kept the family “in the dark.”

“We have really been kept in the dark, anything I know was something I saw on the news, or dug up on my own,” Nemec wrote on Facebook on Wednesday. “Just got off the phone with the widow, no one has contacted her today, or in fact since this thing has started.”

Nick and Victor Nemec, Boever’s other cousin, have reportedly been bewildered ever since the night in question. First, at the attorney general’s first version of his story; then at the incongruities with local law enforcement’s report of the situation; finally, at how long state investigators took to assess Ravnsborg’s legal liability.

“You reach a point of resignation,” Nick Nemec said last week. “You get beat down by the system and you just kind of resign.”

The peculiarities with the case have caused many to wonder about the administration of justice in the Mount Rushmore State.

State authorities were concerned about that as well.

South Dakota Gov. Kristi Noem (R) oversaw an investigation by the state’s Department of Public Safety. But that wasn’t the final word.

Noem and the attorney general later expressed marked impatience. While the Boever’s family and South Dakotans from all walks of life were also wondering what took so long, the general tenor was skepticism about what the eventual charges might be. Those concerns came to fruition on Thursday.

“I don’t feel good about it, but it’s the right decision,” Moore added. “Obviously when a person dies, we want to know what happened. But we’re limited by the investigation and by the facts. And we can’t compel someone to tell us. I mean, there’s just nowhere else to go.”

The original version of the story galvanized public opinion into taking note of the case after Ravnsborg’s implausible deer story unraveled and more facts—and questions—came to light. The initial accident report said that the attorney general was not intoxicated but confirmed that he was “distracted” during the fatal hit-and-run incident.

It should be noted that the toxicology test wasn’t performed until 15 hours after the fatal crash. That sample turned up no alcohol.

Adding to the mystery, rife with themes of power and potential corruption, is that Ravnsborg, after his car was wrecked, drove home that night in a vehicle owned by the Hyde County Sheriff.

Why hadn’t Hyde County Sheriff Mike Volek found Boever’s body on the night in question when it was later discovered feet away from the pavement? That’s a question the Nemec brothers have raised publicly but that they doubt they’ll ever get an honest answer about.

Then there was the original 911 call. Ravnsborg claimed he hit the “deer” in “the middle of the road.” Boever, however, was walking on the shoulder when he died.

“You always know you are going to hit a deer in the moment before you hit the deer,” Nemec said.