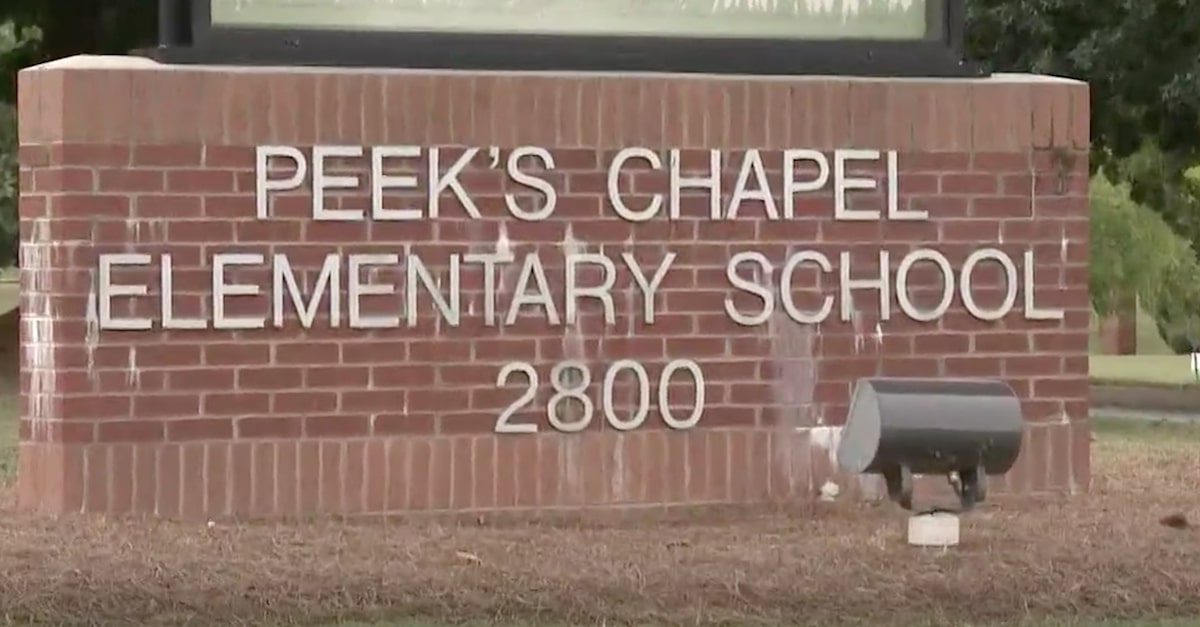 A 12-year-old was sent to the intensive care ward following a shooting at a Georgia elementary school on Friday. The suspected shooter, a 15-year-old, is now in custody. The victim was rushed to the hospital and remains in the ICU, but is “stable and communicating,” according to the Rockdale Sheriff’s department,

The shooting reportedly took place right outside of Peek’s Chapel Elementary School in Conyers, Georgia, about 25 miles outside of Atlanta. According to school district spokesperson Cindy Ball, the shooting happened at a time when the school was empty. Rockdale Sheriff’s deputies say they responded to a call from the school and upon arriving at about 6:35 p.m. found the 12-year-old shooting victim.

Ball issued the following statement on the incident to the Atlanta Journal-Constitution:

We are deeply concerned about the incident that occurred after hours on the property of Peek’s Chapel Elementary Friday night. At this time, our thoughts and prayers are with the young man who was injured.  Again, this occurred after hours when no students or staff were on campus. We will assist law enforcement as needed during their investigation.

As for the 15-year-old shooter, whose name has not been released, he’s been charged with aggravated assault and aggravated battery. The investigation is ongoing and officers are still unsure what to make of the situation. Deputy Lee Thomas has said that it’s “unclear what the wounded boy was doing on campus.”

“I am very proud of our deputies and our investigators in response to this incident. They were able to respond and apprehend the subject involved,” said Rockdale Sheriff Eric Levett in a statement. “Thank you to the medical professional for doing an outstanding job of stabilizing the victim and our Rockdale Public Schools for their continued support of our efforts to keep this community safe.”