A police officer in South Columbus, Ohio shot and killed a Black teenage girl who had allegedly been threatening people and appeared to be holding a knife. The shooting took place just minutes before a Minnesota jury found former officer Derek Chauvin guilty of murdering George Floyd on Tuesday. Family members identified the deceased as 16-year-old Ma’Khia Bryant, local news outlet 10 WBNS reported after authorities originally said that Bryant was 15.

Michael Woods, the interim chief for the Columbus Division of Police, held a brief press conference and released body camera footage from the officer who fired his weapon. Woods said officers were dispatched to the location after someone called 911 and reported that several females were there “trying to stab them and put their hands on them.” Dispatchers were not able to ascertain information regarding weapons prior to officers’ arrival.

The video shows the officer exit his vehicle and approach several people standing on the front lawn of a suburban home when Bryant charges from the side of the house and knocks one female to the ground. Brandishing what appears to be a knife, Bryant then moves away from the officer and appears poised to attack a second female who had her back up against a vehicle parked in the driveway. That’s when the officer pulls his gun and fires four shots.

A slow-motion screengrab appears to show the knife, which is difficult to spot in the real-time video.

In the slow motion video it appears as though the teenage girl, who ends up being shot and killed, is holding what looks to be a knife in her hand and as she goes to stab another girl that’s when the officer fires. pic.twitter.com/fvuhtUu5tD

Bryant quickly collapses to the ground as onlookers start shouting at the officers, several of whom crouch next to the teen and try to provide medical treatment. “She had a knife,” the officer who fired his weapon said in response to onlookers’ yells. The officer has since been identified as Nicholas Reardon. Reardon has been with the Columbus Police Department in Dec. 2019. NBA star LeBron James tweeted and deleted an image of Reardon on Wednesday.

At another point of the body cam video, you can see a knife on the ground. 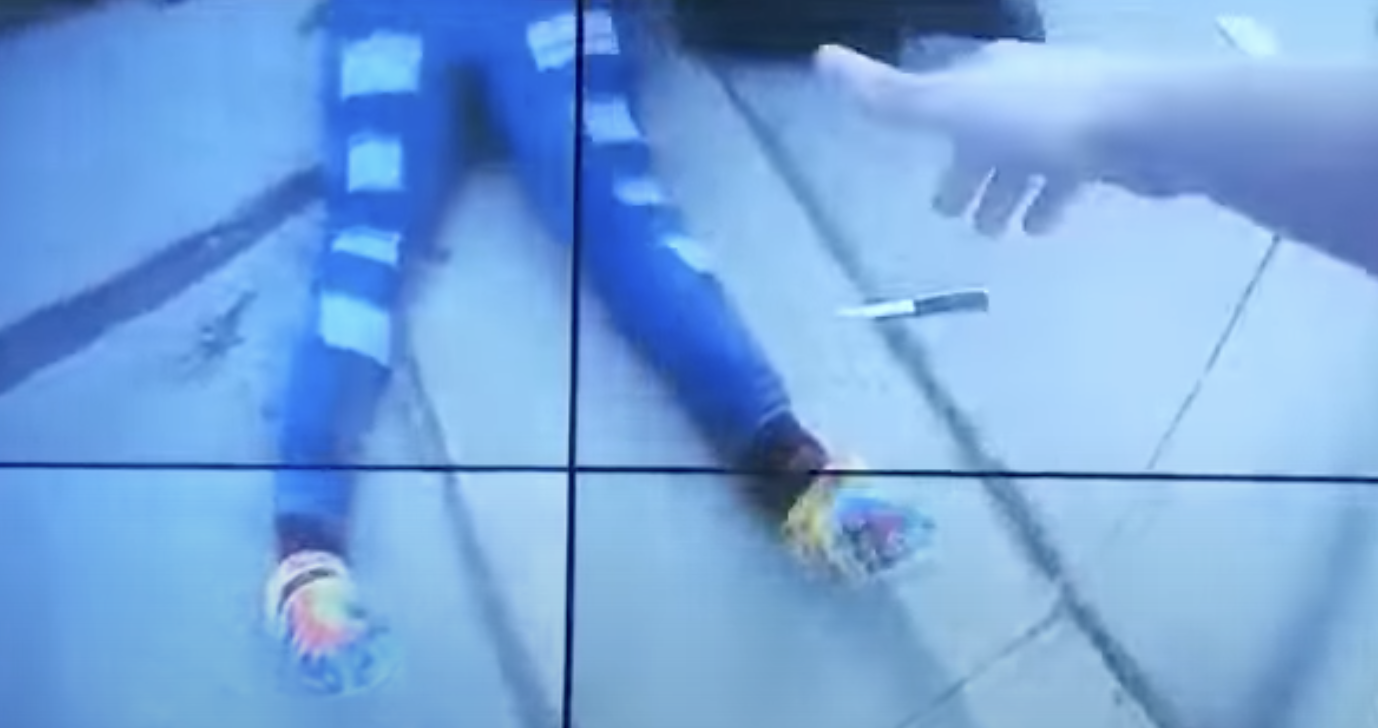 Bryant, who was a foster child under the care of Franklin County Children Services, was taken to Mount Carmel East Hospital in critical condition. She was later pronounced dead, WBNS reported.

The outlet also spoke to Bryant’s mother, Paula Bryant, who said that her daughter was the one who called the police because there were other girls fighting on the property.

Columbus Mayor Andrew Ginther said it was a tragic day for the city, but noted that the officer took action to prevent injury to another girl.

“It’s a tragic day in the city of Columbus. A horrible, heartbreaking situation,” he said. “I’m not just the mayor, I’m a father. The city of Columbus lost a 15-year-old girl today. We know based on this footage, the officer took action to protect another young girl in our community. But a family is grieving tonight and this young 15-year-old girl will never be coming home.”

As neighbors and demonstrators began arriving on the scene, an unidentified officer was heard saying “blue lives matter” in a video posted to Facebook.

Another neighbor told the Washington Post that an officer on the scene was wearing a “blue lives matter” face mask, which the neighbor considered to be “insensitive.” Many other critics online questioned why police used deadly force against Bryant, contrasting that with the way Kyle Rittenhouse and Dylann Roof were treated.