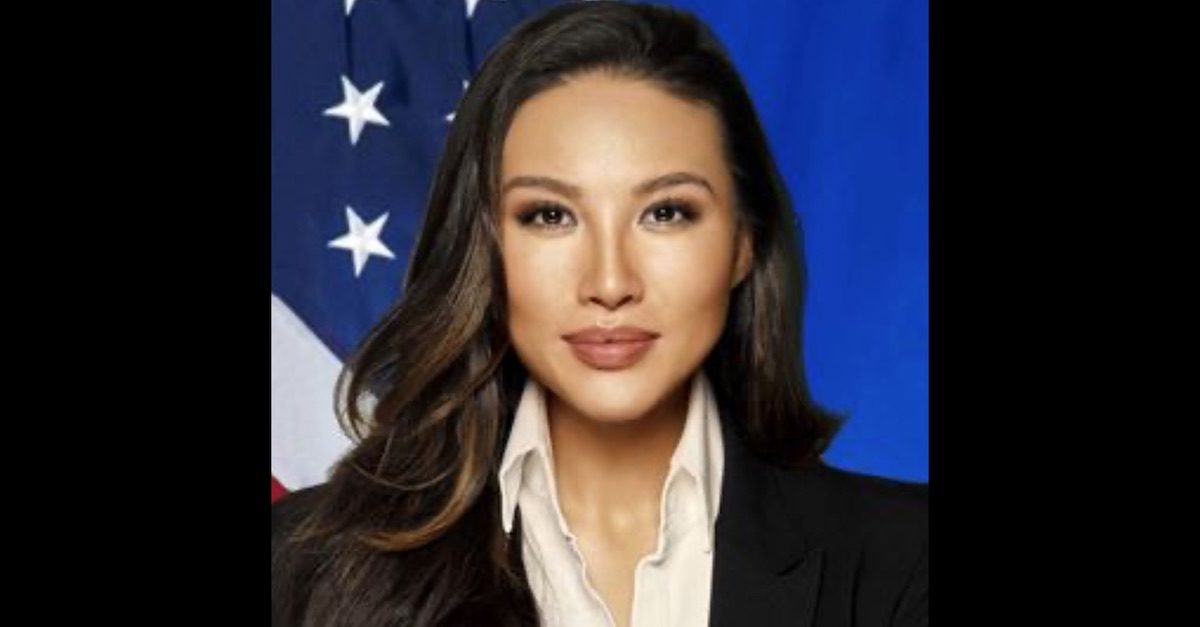 A senior State Department official in President Donald Trump’s administration reportedly landed the role after falsifying numerous aspects of her professional and educational background, including creating a fake Time magazine cover with her face on it.

According to a wild report from NBC News, State Department deputy assistant secretary in the Bureau of Conflict and Stability Operations Mina Chang, 35, lied about graduating from Harvard and severely embellished her work experience as the CEO of a nonprofit organization called Linking the World. The report highlights a 2017 video posted to Linking the World’s website, which shows Chang being interviewed about the nonprofit’s work. During the interview, the screen cuts to a shot of the magazine cover with Chang’s face on it as the interviewer asks her “how [the cover] came to be.”

The interviewer in the video told NBC News that Chang brought the fake cover to the interview to illustrate the significance of her work.

She is not the first White House official to put their face on a fake Time magazine cover. President Trump was found to have fake copies of himself on the cover of Time hanging in at least five of his golf clubs. The Time cover is not the most serious fabrication of Chang’s accomplishments.

Several key claims in Chang’s official government biography were refuted. That bio is still posted on the State Department’s website at the time of this publication.

For example, Chang’s biography states that “Mina is an alumna of the Harvard Business School,” and a “a graduate of the United States Army War College National Security Seminar.” However, Chang actually only attended a seven-week course at Harvard in 2016 that does not offer a degree. Similarly, the Army War College program she attended was a four-day seminar that does not have any “graduates.” Both institutions confirmed this.

The only educational institute NBC was able to find was not mentioned in Chang’s government biography, but was mentioned on her LinkedIn account. There, Chang only listed the University of the Nations, an unaccredited Christian school born out of their Youth With a Mission movement that, according to its website, “was founded to train students in ministering the love of Christ and teaching others according to the command of Christ to make disciples of all nations.”

Chang further claimed to have “addressed” presidential national conventions in 2016, but that was also found to be false. But wait, there’s more:

Chang was originally being considered for an even more senior government post in which she would have overseen the U.S. Agency for International Development’s work in Asia. She would have been responsible for a budget of more than $1 billion. The administration announced an intent to nominate her in late 2018. She was appointed to the State Department post in the interim.

Chang’s nomination to the USAID job, which would have required Senate confirmation, was withdrawn on Sept. 9 without public explanation, after the Senate Committee on Foreign Relations asked her for more documents and details about her nonprofit organization and her work experience.

Needless to say, all of this is raising a lot of questions about how exactly the Trump administration goes about vetting job candidates.