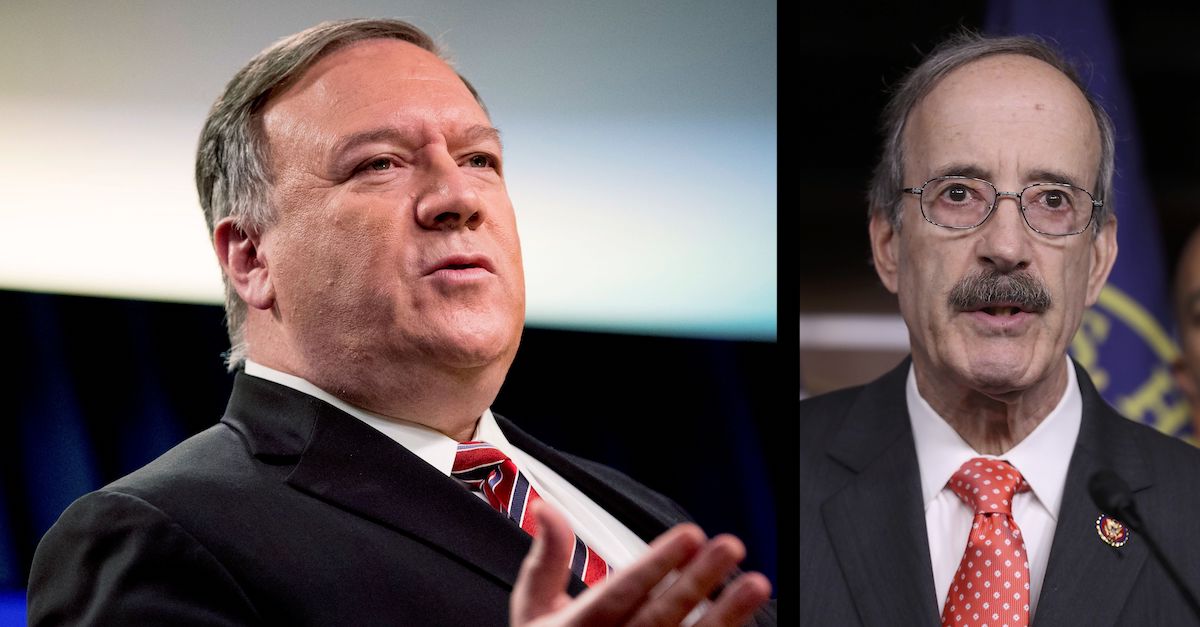 U.S. Secretary of State Mike Pompeo and his top deputy on Thursday again rejected allegations that the Pompeo fired former State Department inspector general Steve Linick in retaliation for opening a slew of investigations into Pompeo’s conduct. In a pair of letters to House Foreign Affairs Committee Chairman Elliot Engel, Pompeo and Deputy Secretary of State Stephen Biegun reiterated denials that Pompeo had any knowledge Linick’s office was investigating him on several fronts, including his role in a Saudi arms deal and allegations that he used his office for personal gain. The correspondence also included several personal attacks. Pompeo insinuated that Engel didn’t know what was happening with the committee he chairs, and Engel implied that Pompeo would soon be out of the job.

The communications centered on Linick’s closed-door testimony from last week. Linick claimed he was terminated because he was investigating Pompeo’s efforts to secure emergency arms sales to the Kingdom of Saudi Arabia.

Linick testified that Undersecretary of State for Management Brian Bulatao “tried to bully” him on various occasions, including over a leak investigations and repeatedly over the IG’s investigation into the controversial weapons deal with the Saudis. Linick also testified that at least three of Pompeo’s senior advisors were aware of his investigations into allegations that Pompeo was using federal funds to throw lavish dinner parties and into claims Pompeo’s wife was using government resources. The House Committee on Foreign Affairs, before which Linick testified, suggested later that Linick undermined Pompeo’s claims that he was unaware of the investigations.

“I hear you’ve been busy in your district, so let me get you up to speed on what’s been happening in your committee,” Pompeo wrote in the opening paragraph of the letter, adding a footnote with an article from The Hill stating that Engel was “fighting for his political survival.”

The secretary then said he had to respond to Engel’s “nasty insinuation,” again denying having any knowledge of the investigations and accusing the Chairman of providing a “clearly misleading narrative to the American people.”

In his response, Engel said Pompeo’s conduct didn’t measure up to his predecessors, listing several by name, and saying the State Department and the world expect more from him.

“So after reading your letter, which was reported in the press shortly after you transmitted it to me, I feel compelled to offer a bit of unsolicited advice: the world listens to the words of America’s top diplomat; the world watches the way the branches of our democratic government operate and interact with one another, especially when our constitutionally required checks and balances are at work; the world takes note when individuals who should be standard bearers of American values, character, strength, and courage instead hide behind ad hominem attacks against perceived political enemies,” Engel wrote.

“The men and women of the State Department, like the American people, expect more from our leaders. I hope you bear in mind the gravity of your position and the example you set during your upcoming final few months in office.”

[Pompeo via by Andrew Harnik/POOL/AFP. Engel via Chip Somodevilla/Getty Images.]