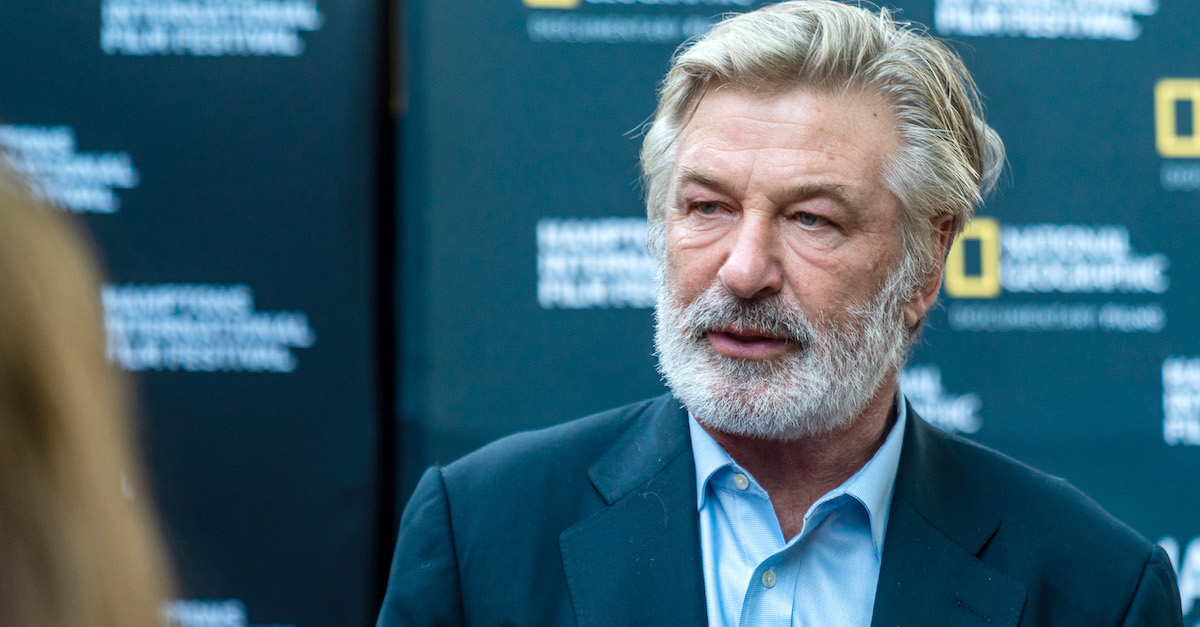 Search warrant materials released by the Sante Fe County Sheriff’s Office provide new insights into the strife on the set of the film “Rust,” where tragedy struck after actor and producer Alec Baldwin fired what had been described to him as a “cold gun.”

Rehearsal involved Baldwin pointing the revolver toward the camera lens at the time of the shooting, Souza told detectives.

“Six Individuals Walking Out of the Film”

In a newly released court filing, a detective recounts an interview with cameraman Reid Russell about a walkout by six people complaining about payment and housing. 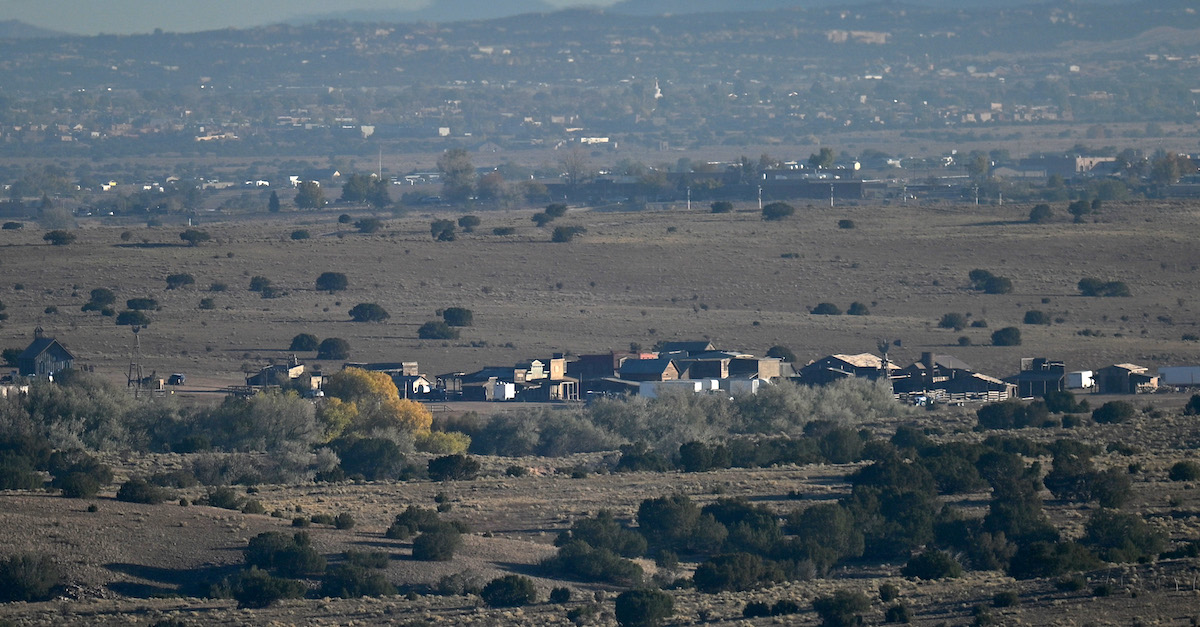 “While speaking to Reid he stated he arrived early to eat breakfast on the day of incident,” Det. Joel Cano wrote on Friday. “Reid told me he had much work to complete due to a camera crew of about six individuals walking out of the film. Reid stated the camera crew was having issues with production involving payment and housing. Reid also said that the camera crew that walked out on the film wrote a letter to production on disagreements.”

The Los Angeles Times previously reported the unrest on the set of the film in Santa Fe’s Bonanza Creek Ranch, attributing their account to three anonymous sources familiar with the matter. In addition to voicing frustrations about pay, commute and hours on the low-budget film, the workers’ concerns also included matters of gun safety, according to the report.

Unlike the LA Times report, the search warrant application does not link the walkout to concerns about gun safety.

“We’ve now had 3 accidental discharges,” a crew member told the unit production manager in a text message, according to the paper. “This is super unsafe.”

Despite widely reported accounts of worker strife, director Souza reportedly told the detective that the climate on the set was friendly.

“Joel was asked about the employees’ behavior, and he said everyone was getting along there were no altercations that took place to his knowledge,” the warrant states, referring to Souza.

According to the warrants, Souza also told authorities that he believed the gun used during the rehearsal was safe.

As previously reported by the Santa Fe New Mexican, assistant Director Dave Halls yelled “cold gun” — indicating that it had no live rounds — when he handed the the prop weapon to Baldwin. Halls later told the detective that he did not know live rounds were in the prop gun, according to the warrant.

The detective said Souza told him that, as well.

“According to Joel it was his belief the gun being used in the rehearsal was safe and used the term ‘cold gun’ when explaining the firearm safety announcements. He said he remembered the phrase ‘Cold Gun’ being said, while preparing for the scene,” documents said.

“Pointing the Revolver Toward the Camera Lens”

The deadly shooting has cast public attention on issues of gun safety on the sets of Hollywood films. Experts note that films usually employ several levels of checks, caution that so-called “prop guns” are often deadly weapons, and point out that even blank cartridges can kill, even absent incidents with live ammunition. In both stage and film, experts advise never to aim prop firearms aimed directly at the supposed target.

According to the warrant, the director said that the rehearsal involved Baldwin “cross drawing his weapon and pointing the revolver towards the camera lens.” 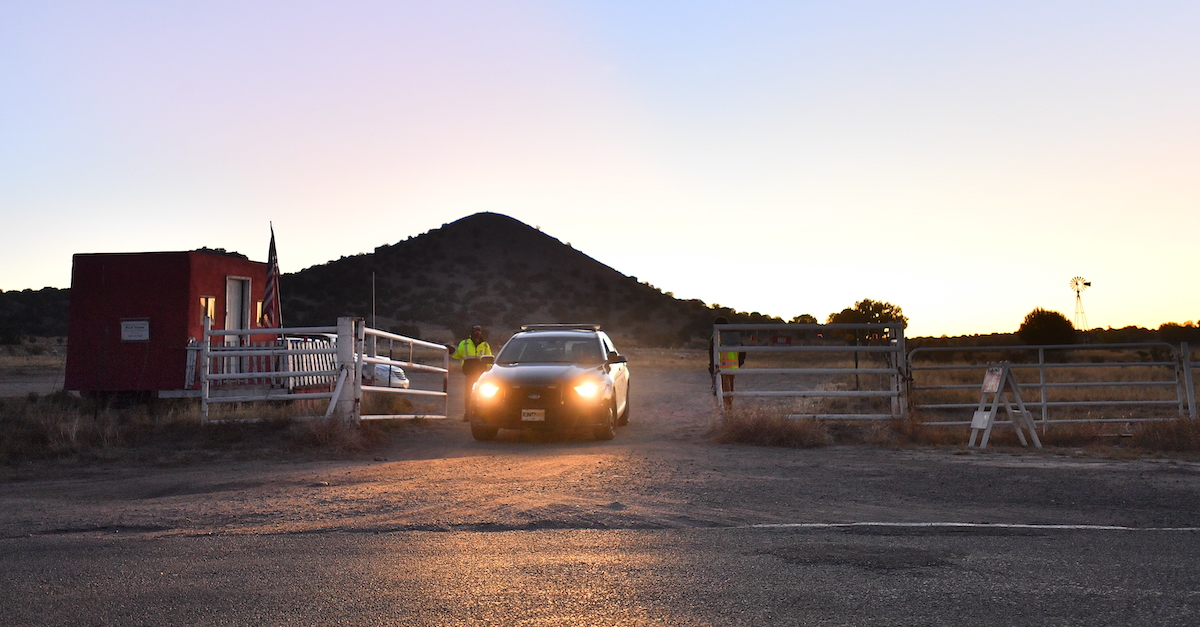 “Joel said as far as he knows, no one gets checked for live ammunition on their person prior and after the scenes are being filmed,” the detective wrote. “The only thing checked are the firearms to avoid live ammunition being in them. Joel stated there should never be live rounds whatsoever, near or around the scene.”

According to cameraman Reid Russell, there was no recording of the incident “as it was just preparation of the scene and setting.”

“Reid said while preparing, there was a shadow coming from the outside light and they had to move the camera at a different angle from Alec,” the warrant states. “He said Alec was trying to explain how he was going to draw out the firearm and where his arm would be at when the firearm was pulled from the holster.”

Read the search warrant applications, below:

[Image of Baldwin via Mark Sagliocco/Getty Images for National Geographic]