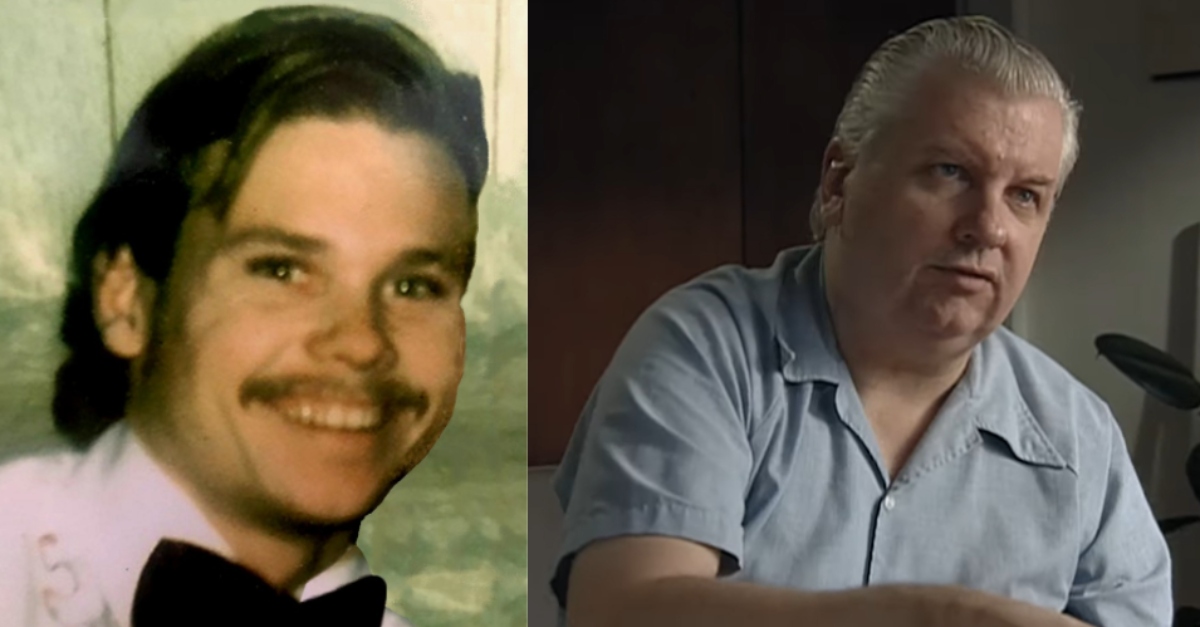 Francis Wayne Alexander, or “Wayne,” as he liked to be called. And the man who killed him, John Wayne Gacy.

Six of the “Killer Clown’s” 33 victims had not yet been identified, but investigators in the Land of Lincoln just knocked that number down to five. Deputies from Cook County, Illinois, discovered that one of the victims was named Francis Wayne Alexander.

The North Carolina native was among the dozens of men and boys that serial killer John Wayne Gacy murdered in the 1970s Chicago area. Investigators said they found Alexander’s remains among 26 other sets in the crawl space of Gacy’s home. He would have been 21 or 22 years old, but investigators could not further narrow down the time period in which the murder happened.

“It is hard, even 45 years later, to know the fate of our beloved Wayne,” Alexander’s family said in a statement read Monday by Cook County Sheriff Thomas J. Dart. “He was killed at the hands of a vile and evil man. Our hearts are heavy, and our sympathies go out to the other victims’ families. Our only comfort is knowing this killer no longer breathes the same air as we do. We can now lay to rest what happened and move forward by honoring Wayne. We ask that you respect our wishes of privacy as we process this tragedy.”

Alexander was born in North Carolina in 1955, and his family moved to New York, Dart said. He got married and moved to Chicago in 1975, but shortly after divorced. His wife moved back to where she was from, said Detective Jason Moran. His family was loving, but he made decisions in his life that led them to believe he wanted to be left alone, the sheriff said.

That meant there was no missing persons report when Gacy would have killed Alexander sometime after January 1976, when Alexander got traffic tickets on record. The end date for the murder would have been March 15, 1977. Alexander was buried under a person last seen alive on that day, Moran said.

Alexander worked at various bars and clubs, the detectives said. This was not labor work; Gacy, who ran a remodeling company and worked as a clown, lured some victims with the promise of construction work. It is unclear how Alexander encountered him, but Alexander lived at and may have gone to areas where Gacy targeted people. He also lived blocks away from William Bundy, another Gacy victim who was finally identified in the past decade, according to officials. The so-called killer clown was executed in 1994.

Missing person reports did not necessarily help in other cases, Dart said.  Deputies credit the genetic genealogy work from the DNA Doe Project with helping them find Alexander’s relatives, first his distant cousins, then his immediate family. He is survived by his mother, two half-sisters, and two half-brothers, said the sheriff’s office in a statement. 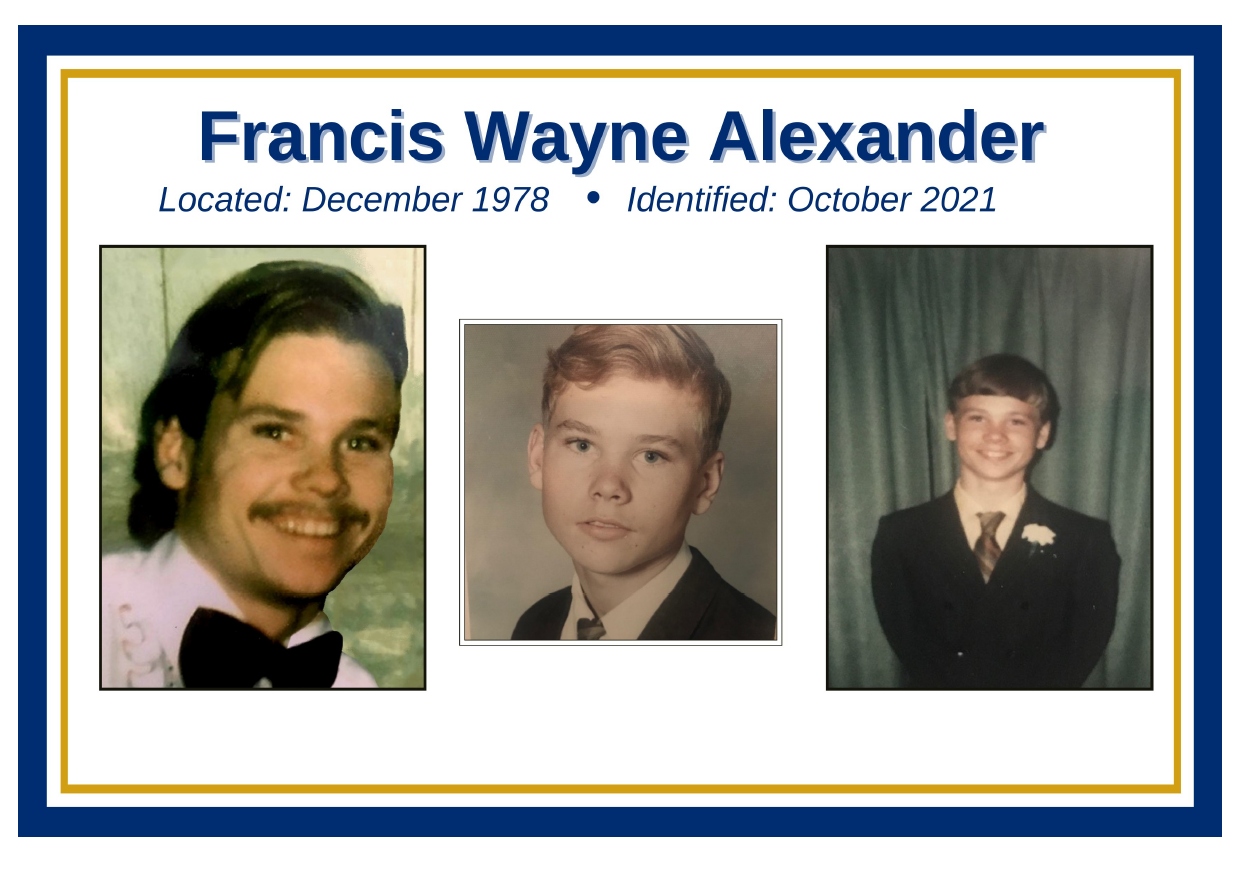 The sheriff’s office asked that if anyone believes a male relative may have been a Gacy victim, they should visit the office’s website, which features an information page and tip submission form on the case. You can also call Sheriff’s Police at (708) 865-6244.

“These unidentified young men brutally murdered by this vicious serial killer deserve dignity and that includes knowing their names,” Dart said. “As science evolves, it is important for us to continually apply these new tools to both new and old cases to help victims and their families.”

[Images of Alexander via Cook County Sheriff’s Office; screenshot of Gacy via Peacock]