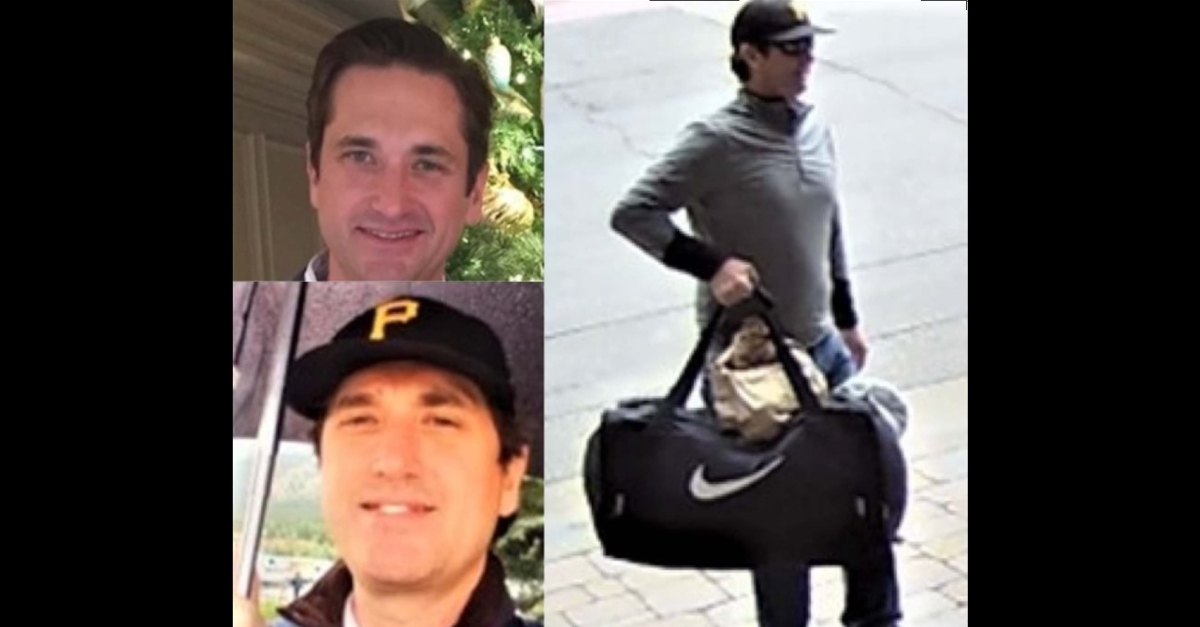 Search and rescue volunteers managed to find a body in Wyoming, and a spokesman credits news coverage of the Gabby Petito case for raising awareness of such missing person cases. A team with a search dog found a body fitting the description of Texas man Robert “Bob” Lowery, 46, said Teton County Search and Rescue on Tuesday. The body was found on what was described as a “steep, timbered slope.”

Lowery, who is from Houston, Texas, had not been seen since Aug. 20, authorities said.

“Cause of death is currently unknown,” search and rescue wrote. “The family has been notified as authorities wait for verification.”

Robert’s sister Leigh Lowery told Dateline in a Monday report that her brother resigned from his real estate job and left Houston on Aug. 19 to travel. He wanted to go on hiking and camping trips. Once that was done, he was going to start with a new work enterprise. But then he stopped communicating with his two children, who are 10 and 15 years old.

“Bob talks to those kids every day, multiple times a day,” Leigh Lowery said, speaking before apparent discovery of her brother’s body. “He’s never out of touch with them. But it’s been 37 days and nothing. And that’s what’s concerning.”

Robert Lowery was reportedly tracked down to the Piste Mountain Bistro at Jackson Hole Mountain Resort in Teton Village, Wyoming, where he was recorded on video. Then he got a Lyft vehicle to Pearl Street Bagels in the unincorporated area of Wilson. Leigh Lowery said she managed to access her brother’s bank and phone records, but there has been no activity since Aug. 20. The Lyft driver could not remember if her brother had hiking gear or voiced plans to go hiking or camping, she said.

Deputy Chad Sachse of the Teton County Sheriff’s Office told Dateline that authorities recently got a tip of a missing man seen on the Black Canyon Trail in Bridger-Teton National Forest on Aug. 20. Sachse said they had been receiving attention because of the Gabby Petito case. The 22-year-old Petito went missing while on a cross-country trip with her boyfriend Brian Laundrie, 23. Petito was found dead on Sept. 19 in Wyoming from an alleged homicide, eight days after she was officially reported missing. Laundrie is wanted for allegedly using Petito’s debit card for more than $1,000. He returned home to Florida on Sept. 1 without Petito. He is currently considered missing.

“You never know what little bit of information could help,” Sachse said. “Hopefully, more tips will come in to help these other families.”

Search and Rescue said much the same thing in their statement on Tuesday.

“The widespread news coverage of the Gabby Petito search helped bring light to Lowery’s case, and resulted in at least two members of the public calling local authorities this past weekend with new information about his possible last seen point,” they wrote. “The new information put Lowery on the Black Canyon Trail, wearing a black baseball cap with a gold P, and carrying a black duffle bag with the Nike logo.”

Hansen told Law&Crime in a phone interview that recent tips helped authorities find a last point of contact with Lowery that put him on a trail at the base of Teton Pass. From there, they were able to narrow down their search and focus it amid the vast surrounding area.

“It gave our team something to go on,” he said.

News coverage of the Petito case raised awareness of missing people across the country, and in particular, in Teton County where there were ongoing cases of missing persons, Hansen said.

Other recent cases out of Grand Teton include missing include Cian McLaughlin, 27, whose vehicle was found at Lupine Meadows Trailhead. He stands 6’0″, weighs 180 pounds, has brown hair, and has brown eyes.

Asked if there was anything else he wanted to say, Hansen advised readers to let people know their whereabouts and say when they will be back if hiking in the backcountry.

“Let people know where you’re going and when you’ll be back,” he said.

During an emotional Tuesday press conference, Gabby Petito’s family announced the start of a foundation named in their daughter’s honor and dedicated to finding missing persons.