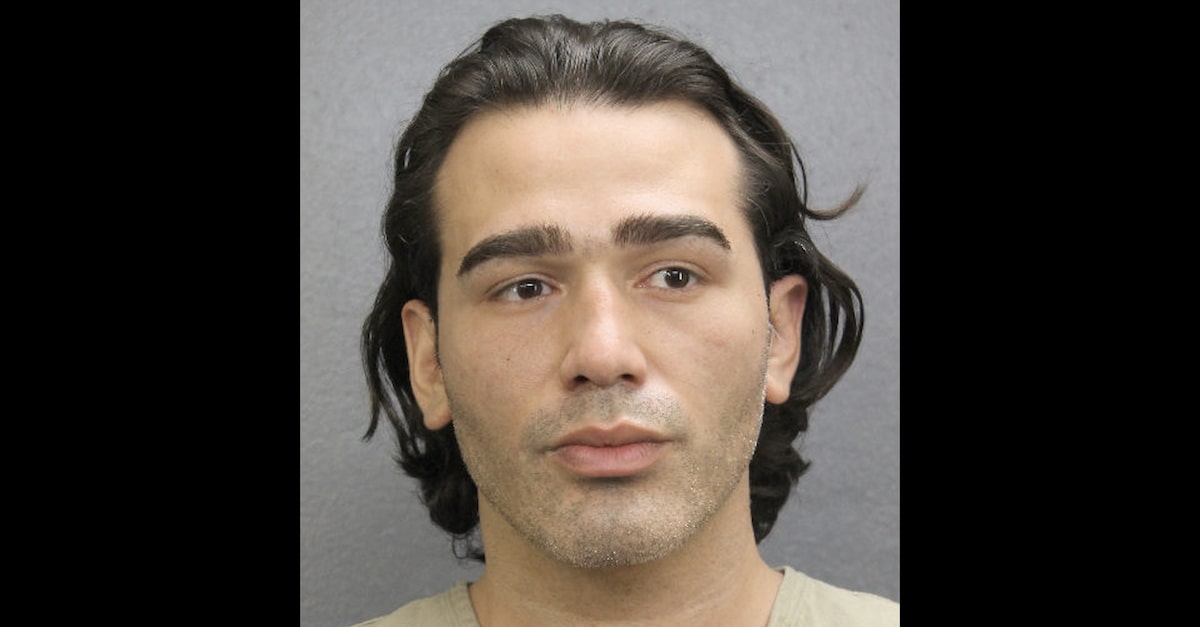 A Florida man who agitated for a “race-based civil war” will spend more than three years for being a felon in possession of firearms, prosecutors said.

Paul Nicholas Miller, a 33-year-old from Ft. Lauderdale, had previously been convicted of three separate felony offenses in New Jersey before he took firearms training in Florida. He applied in the Sunshine State for a concealed carry license, where he falsely claimed that he had never been convicted of a felony.

That was a prelude to Miller’s indictment that resulted in a 41-month sentence against him on Sept. 28, but court papers show more about his radicalization.

The FBI began monitoring Miller before his indictment this past February, watching him in “Nazi regalia and a bulletproof vest” and brandishing “what appeared to be knives or firearms.”

“The central themes of Miller’s internet presence were his white supremacist ideology, his advocacy for a second American civil war, his wish for the collapse of the existing order, and his hope for a bloody reordering that would result in the implementation of his preferred hierarchy,” prosecutors wrote in Miller’s sentencing memo.

In a profile from Aug. 23 this year, NJ Spotlight News chronicled the descent of a man they described as a once-promising kickboxer into an extremist going by the handle Gypsy Crusader. Banned by most mainstream social media platforms, he reportedly moved his broadcasts to the fevered corners of the “alt-right” and gained a large following with racist, antisemitic and violent invective, the news outlet reported.

“His broadcasts through this and other media include a long series of graphic threats directed primarily at members of the African-American, Jewish and LGBTQ communities,” U.S. Magistrate Judge Patrick Hunt summarized in his detention order. “These include specific threats to lynch, scalp, shoot, kill, gas or beat members of these groups. He has filmed and broadcast himself approaching members of these groups in the streets and harassing and threatening them, purportedly to see their reaction. He has encouraged his social media followers to behave similarly and has called for the hastening of a race-based civil war and the collapse of society.”

“Miller was committed enough to these precepts that he mused in a video posted to his social media soon after the Capitol Riot about becoming a martyr if arrested,” prosecutors say.

On March 2 this year, the FBI raided Miller’s home in Ft. Lauderdale and “found an arsenal consistent with Miller’s advocacy: an unregistered short-barreled rifle, a handgun, a combat knife, a tactical vest with plated body armor inserts, 787 rounds of high-caliber rifle ammunition, and 61 rounds of 9 millimeter ammunition,” prosecutors say.

Though Miller tried to pass off his racist online persona as comedy, prosecutors rejected that: “He stockpiled this cache while self-employed as an influential internet provocateur calling for ideological violence and civil war while threatening strangers with extreme violence.”