Teen Boys Tried to Kill Their Mother and Brother: Deputies

Teen Boys, 16 and 13, Tried to Kill Their Mother and Little Brother: Deputies 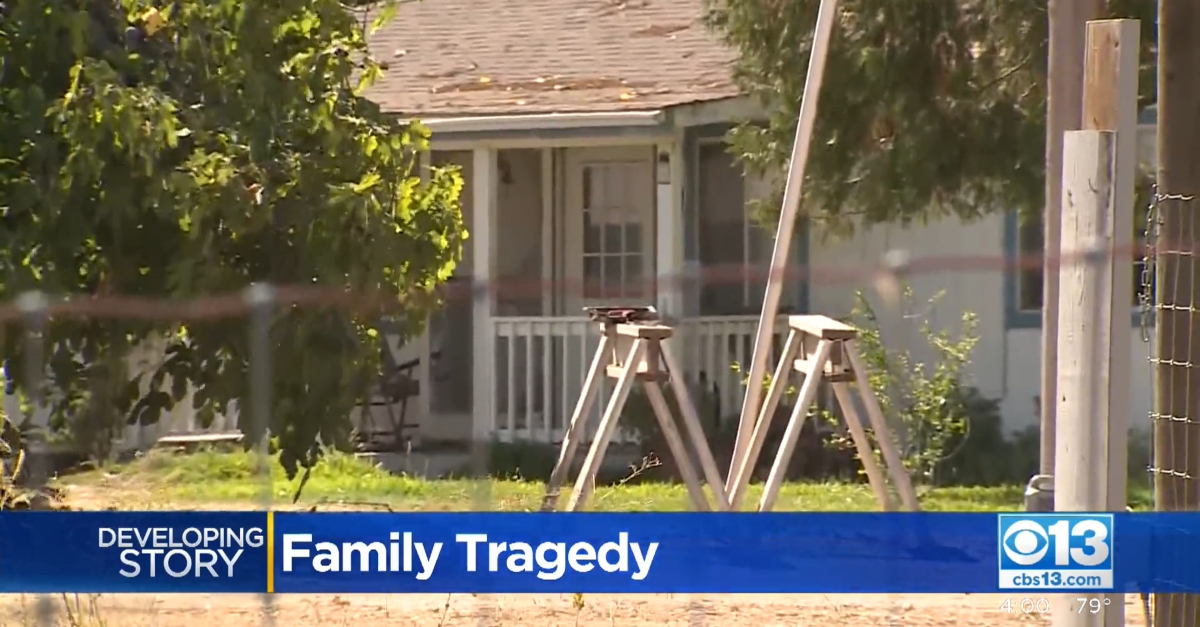 Site of the alleged attempted homicide

Two boys are accused of trying to kill their mother and 10-year-old brother. The victims remain in critical condition at a local hospital, said the Sacramento County Sheriff’s Office in California.

Deputies said they got a call from a juvenile boy, who said he hurt his mother and little brother. Law enforcement and fire officials arrived there to find a woman and a boy needing medical help.

Identifying the suspects only as boys aged 13 and 16, authorities booked them into the Sacramento County Juvenile Hall for attempted homicide. The elder brother is an award-winning pianist, according to KOVR. He allegedly texted a fellow club member about the attack, and that child’s father called the family’s church. The family is involved in a Christian home school speech and debate club. Grace Valley Christian Center released a statement on this matter.

“Like many in the community, we were shocked and heartbroken to learn of this terrible tragedy,” said Reverend Gregory Broderick. “We don’t yet know what happened, but we are praying for everyone involved, and especially for the full recovery of mother and son.”

Broderick said the mother is recovering but the son is having a tougher experience.

Neighbors said the father of the family and the daughter were out when the incident happened, according to KOVR. One of the neighbors told the outlet that the kids were home-schooled.

Detectives are asking anyone with information relating to this incident, to please contact the Sheriff’s Office at (916) 874-5115 or Sacramento Valley Crime Stoppers at (916) 443-HELP. Tip information may also be left anonymously at www.sacsheriff.com or by calling (916) 874-TIPS (8477).