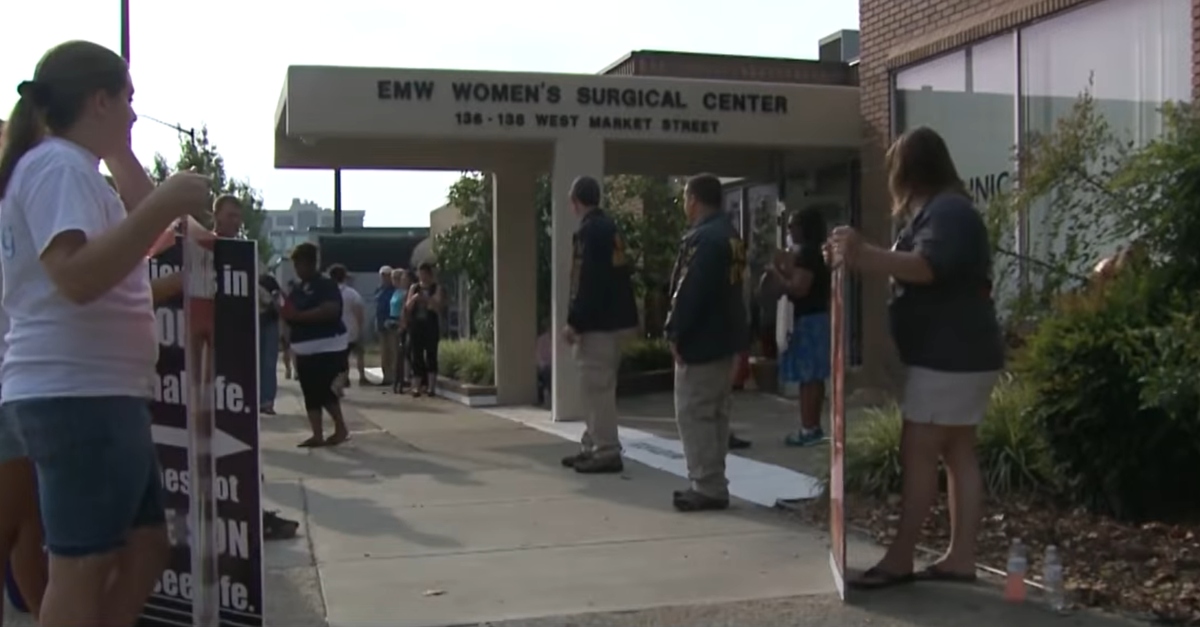 The United State Supreme Court announced on Monday that it declined to consider the challenge to a Kentucky law requiring doctors to show patients ultrasounds before they receive an abortion.

NEW: Supreme Court leaves intact Kentucky law that forces doctors who perform abortions to first show woman an ultrasound and give her detailed description of the fetus, even if she doesn’t want to listen. Challenge rejected without comment or published dissent.

The American Civil Liberties Union filed a challenge against the law in September. They described the statute as a coercive tactic to get patients to avoid abortions.

“Kentucky’s mandatory narrated ultrasound law forces doctors to display and describe a patient’s ultrasound images against the patient’s will — while they are lying on the exam table, half-naked, with a probe inside their vagina,” they wrote. “The only reason to force doctors to display and describe an ultrasound before an abortion — against a patient’s will — is to shame and coerce someone who has decided to end a pregnancy. The Supreme Court should strike these laws down once and for all.”

Four justices must sign off for the entire court to hear the case.

The Sixth Circuit Court of Appeals had upheld the law. The petitioners, including the EMW Women’s Surgical Center, challenged it on First Amendment grounds. From the ACLU’s petition for a writ of certiorari:

The question of First Amendment law presented here is also self-evidently important, as it implicates numerous compulsory display-and-describe ultrasound laws around the Nation, as well as state regulation of physician-patient speech more broadly. This petition offers the Court an ideal vehicle through which to resolve the question presented.