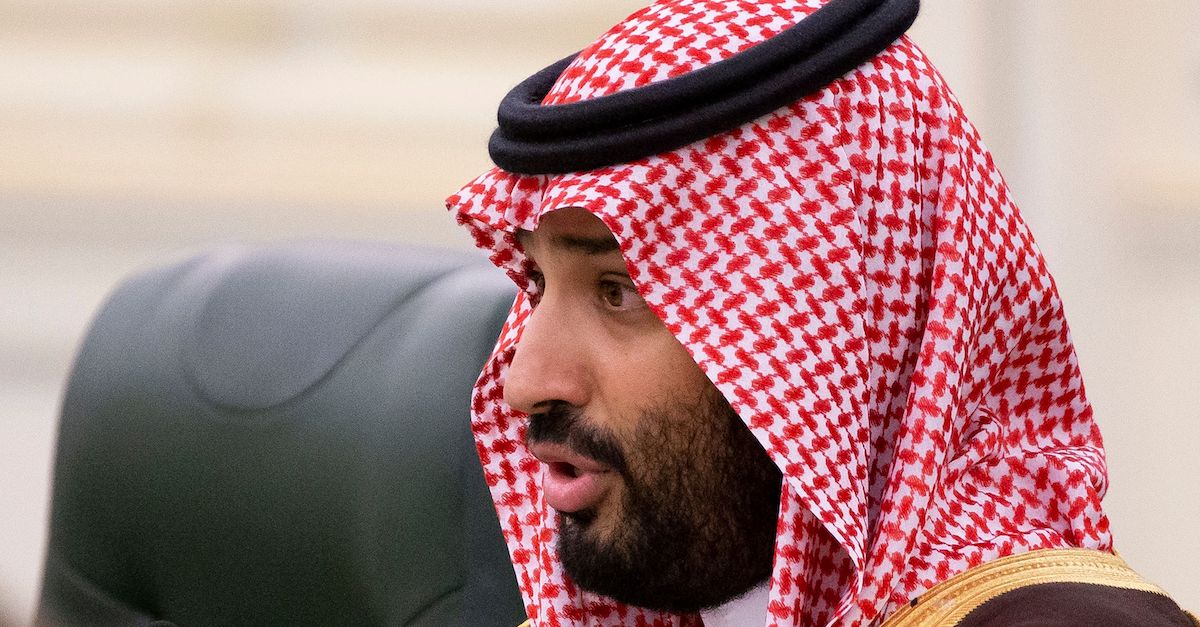 Attorney Andrew C. Shen, from the Washington, D.C.-based firm Kellogg, Hansen, Todd, Figel & Frederick, filed a notice of appearance on the Crown Prince’s behalf in the District of D.C. on Thursday, compounding the international scrutiny on bin Salman since the U.S. intelligence community found he “approved” Khashoggi’s brutal murder on Oct. 2, 2018.

Seeking paperwork to marry Cengiz, Khashoggi walked into a Saudi consulate in Istanbul, where he was killed and dismembered. Khashoggi’s supporters and U.S. lawmakers have fought to reveal more about what intelligence officials knew about his death for more than two years since that time, in the face of stiff resistance from then-President Donald Trump’s administration. Trump’s Director of National Intelligence flouted a law passed with bipartisan support in early 2019, mandating the disclosure of an unclassified report about bin Salman’s role in Khashoggi’s killing within 30 days.

Some two years later, President Joe Biden’s appointee for the agency Avril Haines finally complied with the law, but the consequences were limited to disclosure. The Biden administration did not sanction or punish the Crown Prince for approving what U.S. intelligence agencies found to be an operation to “capture or kill” the journalist.

“Since 2017, the Crown Prince has had absolute control of the Kingdom’s security and intelligence organizations, making it highly unlikely that Saudi officials would have carried out an operation of this nature without the Crown Prince’s authorization,” the report, released publicly on Feb. 26, stated.

Those disclosures could serve as a boon for Cengiz and Democracy for the Arab World Now (DAWN) — an advocacy group founded by Khashoggi — in her Oct. 2020 lawsuit against the Crown Prince.

“We are committed to holding Crown Prince Mohamed bin Salman accountable in a court of law for his murder of our founder, Jamal Khashoggi, and are grateful Judge Bates approved our motion for alternative service,” DAWN’s executive director Sarah Leah Whitson wrote in a statement. “While MBS may have evaded sanctions by our government for his role in the murder, he won’t evade prosecution by our judicial system for the damage he has caused us and Cengiz.”

The seven-count lawsuit accuses bin Salman and several other Saudis implicated in the intelligence report of violating the Alien Tort Claims Act and the Torture Victim Protection Act, seeking relief for Cengiz’s pain and suffering.

The group says that their efforts to serve bin Salman took a hopeful turn after Judge John Bates, a George W. Bush appointee, allowed the Crown Prince to be served via WhatsApp. The judge also approved express mail to the Saudi General Prison Directorate for bin Salman’s co-defendants imprisoned in the Kingdom’s prisons. He also allowed service through publication in the New York Times International Edition and Al-Quds Al-Araby.

Shen, the Crown Prince’s lawyer, did not immediately respond to an email requesting comment.

Over in New York, the Open Society Justice Initiative continues to seek information the U.S. government knows and possesses about Khashoggi’s death, including a tape publicly acknowledged by Trump.