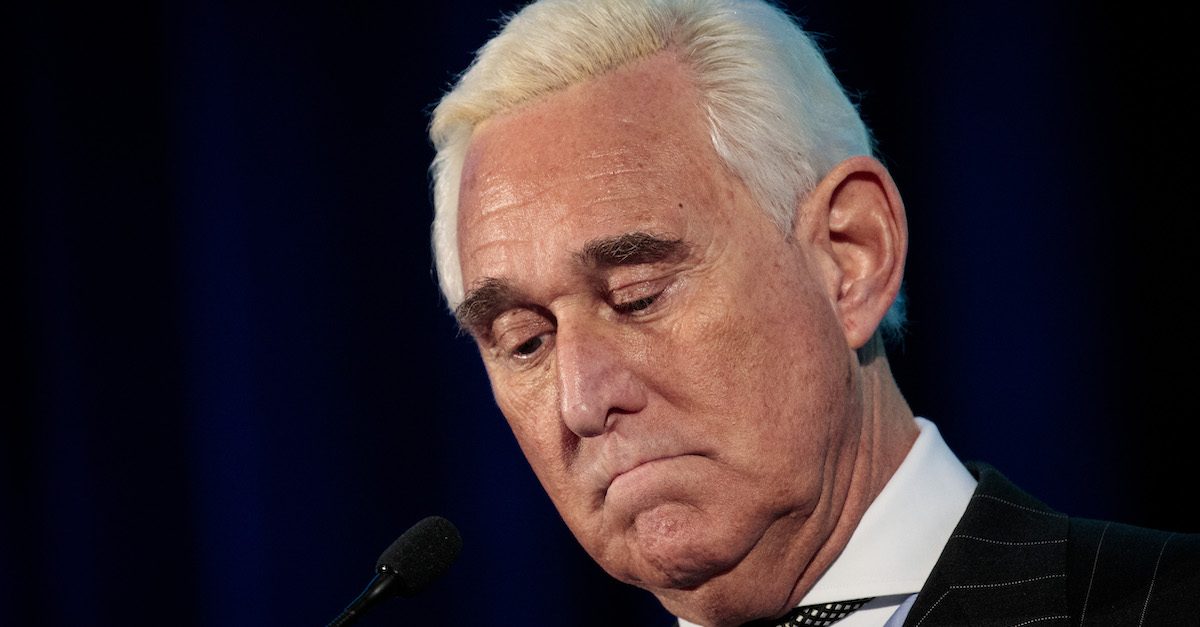 The federal judge who presided over the criminal trial of Roger Stone released a written copy of her decision denying the longtime Donald Trump confidant and political operative’s motion for acquittal.

A jury found Stone guilty of obstruction of justice, witness tampering, and lying to federal investigators (seven counts total) on Nov. 15, after a trial that lasted just a week and a half.

After completing Stone’s legal defense, his attorneys claimed he was legally entitled to an acquittal, arguing the government failed to prove that either Jerome Corsi or Randy Credico acted as intermediaries between Stone and Julian Assange or WikiLeaks.

U.S. District Judge Amy Berman Jackson on Monday released the eight-page decision denying the motion, reasoning that the government had provided sufficient evidence for a “rational trier of fact” to find Stone guilty on all seven counts with which he had been charged and found guilty. Jackson promised to release a written copy of the decision which she had already read from the bench.

Jackson wrote that Counts 2-7, which all dealt with Stone lying to federal investigators, were proven beyond a reasonable doubt.

“With respect to Count 2, there was sufficient evidence for a rational trier of fact to conclude that the defendant knowingly and willfully made a material false statement in violation of 18 U.S.C. §§ 1001 and 2 when he testified falsely before [the House Intelligence Committee] on September 26, 2017 that ‘he did not have emails with third parties about the head of [WikiLeaks], and that he did not have any documents, emails, or text messages that refer to [Julian Assange],’” she wrote.

Jackson also said that testimony provided by other former Trump associates was sufficient Stone had lied to Congress.

“[T]here was sufficient evidence for a rational trier of fact to conclude, based on the testimony of both Steven Bannon [sic] and Richard Gates, that the defendant knowingly and willfully made a material false statement in violation of 18 U.S.C. §§ 1001 and 2 when he testified falsely before [the House Intel Committee] on September 26, 2017 that ‘he had never discussed his conversations with the person he referred to as his ‘go-between,’ ‘mutual friend,’ and ‘intermediary’ with anyone involved in the Trump Campaign.’”

Regarding Count 1, obstruction of justice, Jackson laid out a laundry list of Stone’s verifiably false statements and attempts to get witness Randy Credico to go along with his concocted story.

“[H]e testified falsely and misleadingly at a House Permanent Subcommittee on Intelligence hearing on September 26, 2017; he lied about the existence of responsive records in response to HPSCI’s requests about documents; and/or he attempted to have Randy Credico testify falsely before HPSCI or to prevent him from testifying,” Jackson wrote.