Roger Stone Makes Direct Plea for Pardon from President Trump: ‘Save My Life!’ 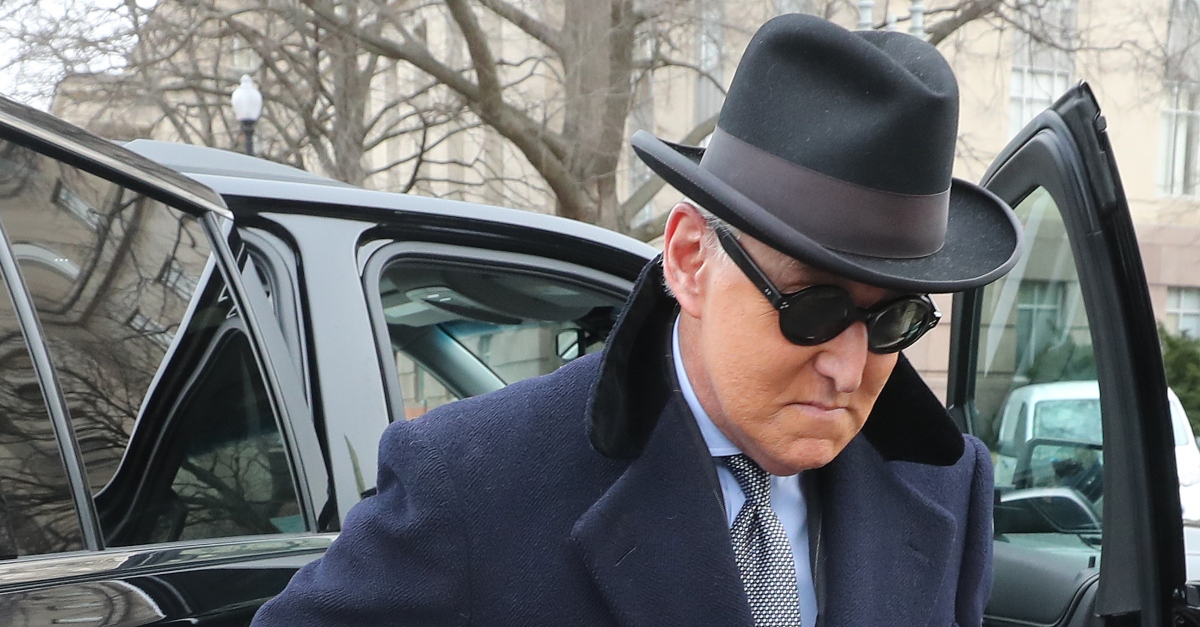 One day after asking a federal appellate court to further delay the start of his impending 40-month prison sentence, Roger Stone, 67, appealed directly to President Donald Trump, telling a news organization that the president should pardon him or commute his sentence in the interest of justice.

“I want the president to know that I have exhausted all my legal remedies and that only an act of clemency will provide justice in my case and save my life!” Stone, said in a Tuesday text message to Bloomberg.

Stone was convicted in Nov. 2019 on charges obstruction, witness tampering, and lying to Congress regarding his contacts with WikiLeaks in the lead up to the 2016 election. Federal prosecutors said that Stone lied to protect the president.

Attorneys for the president’s longtime confidant on Monday filed court documents asking the U.S. Court of Appeals for the D.C. Circuit to extend an order delaying the start of his prison sentence – currently set to begin July 14 – by an additional 51 days. The filing argued that U.S. District Judge Amy Berman Jackson, who previously extended Stone’s reporting date by 14 days, had “failed to address the evidence that Stone provided that demonstrates that he is at considerable risk from serious health consequences, including death, if his surrender date is not extended until September 3.”

In his statement to Bloomberg, Stone claimed that his conviction was the result of unfair political persecution and corrupt criminal proceedings. He went on to compare his perceived unfavorable treatment to Trump allies and enemies alike, such as: the president’s former personal attorney Michael Cohen, former Trump deputy campaign chairman Rick Gates and recently convicted former Stormy Daniels attorney Michael Avenatti, all of whom were released to home confinement as a result of the pandemic.

Trump’s former campaign chairman Paul Manafort was also permitted to continue his sentence under house arrest, despite not meeting the qualifications set by the Bureau of Prisons.

Stone also maligned those responsible for his conviction, alleging that his trial was tainted by widespread “misconduct.”

The president last month similarly disparaged the proceedings that resulted in Stone’s convicted felon status, saying Stone could “sleep well at night”—a comment many viewed as promising a future pardon.

No. Roger was a victim of a corrupt and illegal Witch Hunt, one which will go down as the greatest political crime in history. He can sleep well at night! https://t.co/HHg24tcZrx