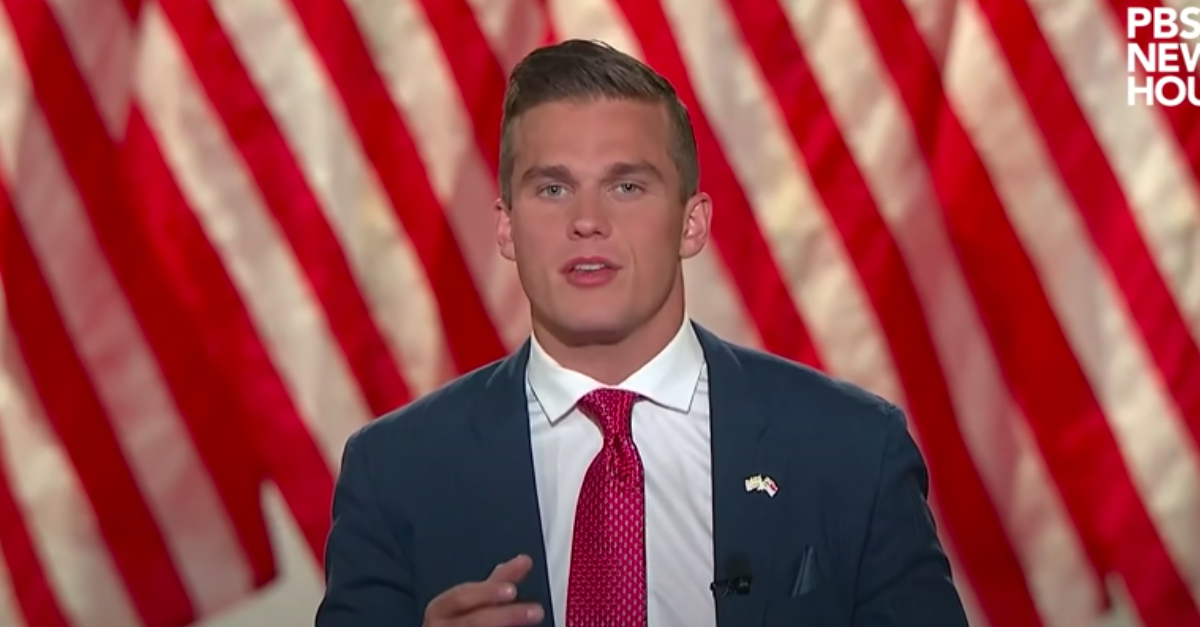 The recording, which was obtained by FireMadison.com, a group dedicated to ousting the North Carolina Republican, revealed that Transportation Security Administration agents on Feb. 13 detained Cawthorn after he attempted to board a plane in Asheville with a Glock 9mm handgun and a loaded magazine in his carry-on bag.

According to the recording, officers with the Asheville Regional Airport Authority initially suggested that they should escort Cawthorn to his car to safely stow the weapon, but then decided to confiscate the weapon because his flight was almost ready to depart.

“Five months ago, while boarding a flight, Rep. Cawthorn erroneously stowed a firearm in his carry-on (that often doubles as a range bag) instead of his checked bag,” Micah Bock, a spokesman for the congressman, said in a statement to both The News & Observer and The Charlotte Observer. “The firearm was secured, and unchambered. Rep. Cawthorn endeavors to always follow TSA guidelines, and quickly rectified this situation before boarding his flight.”

Cawthorn was told he could pick up the gun after he returned to the state. He was not charged with a crime or issued a fine and retrieved the weapon on Feb. 22.

The recording makes clear that the law enforcement authorities were aware that Cawthorn was a member of Congress.

However, airport spokesperson Tina Kinsey told the News & Observer that Cawthorn did not receive any special treatment, saying that seven other passengers this year were found going through security with a firearm in their carry-on luggage and none were criminally charged.

“I want to emphasize that this is standard procedure here for the airport,” she told the outlet.

In a statement, David B. Wheeler, President of FireMadison.com, said that he believed law enforcement should have taken additional action against Cawthorn.

“This is a serious violation of the law and has nothing to do with the 2nd Amendment. A Member of the U.S. House of Representatives wanted to bring a Glock firearm onto a commercial airplane. Just who does Cawthorn think he is? If you or I brought a loaded gun to the airport we would be arrested, fined $10,000, and end up in front of a judge to answer for our illegal activity,” Wheeler said.

“This is just one more example of why Madison Cawthorn is not worthy of the office he holds,” he added.

TSA spokesperson Mark Howell told the Citizen Times that similar situations differ depending on the state where the offense occurs.

“In New York they perp walk you out of the airport in handcuffs,” Howell told the outlet. “In Georgia, you can open carry anywhere,” he claimed. “It’s different everywhere.”

Howell also said the incident was still being investigated and noted that Cawthorn may still face a fine and lose his expedited boarding status.