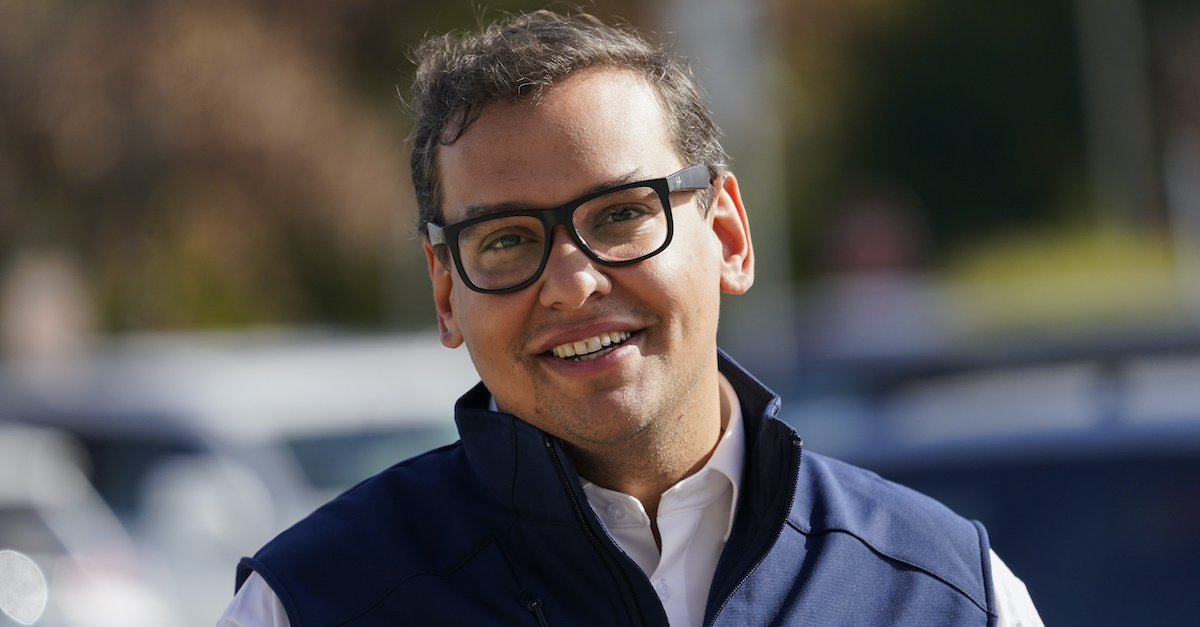 Reports that Rep. George Santos (R-N.Y.) took money from a disabled veteran’s crowdfunding effort to heal a dying dog may have added yet another prosecutor to the long and growing list of international authorities scrutinizing the freshman congressman.

As first reported by the local news site Patch, a disabled veteran named Richard Osthoff accused Santos of taking advantage of him when he was living in a tent in an abandoned chicken coop with his service dog. The canine, Sapphire, had developed a life-threatening stomach tumor requiring surgery that would cost $3,000, according to the report.

A veterinary technician reportedly referred Osthoff to Anthony Devolder, one of the names used by Santos before his foray into politics, and Devolder’s charity Friends of Pets United. In a Facebook post in November 2016, Osthoff said that Devolder “scammed” him, and the veteran told Patch that Santos closed the GoFundMe and disappeared after it raised $3,000. The article appeared to be supported by contemporaneous social media posts and text message exchanges between Osthoff and Devolder.

Osthoff, a U.S. Navy veteran, later shared his story with CNN, recounting how Santos allegedly reacted after being confronted about the charity.

“He got so angry with me and he blew up and refused to give me the money and then just wouldn’t answer the calls anymore,” Osthoff told the network.

When asked for a response, Santos denied the account, telling CNN: “I have no clue what he’s talking about, and the crazy part is that anyone that knows me, knows I’d go to hell and back for a dog and especially a veteran.”

Crucially, for jurisdiction, Osthoff said that Devolder insisted on bringing the dog to Queens, New York, where District Attorney Melinda Katz (D) is one of many prosecutors currently scrutinizing Santos.

Asked about reports of Santos’s latest canine scandal, Katz’s spokesperson told Law&Crime: “While as a matter of course we don’t comment on open investigations, we are reviewing whether Queens County has jurisdiction over any potential criminal offenses.”

It’s the same statement that Katz’s office gave in late December, following reports that Santos claimed in a sworn statement for a court eviction case that he had been mugged. The New York City Police Department had no record of the attack, Gothamist reported. The office reiterating the statement when asked about the GoFundMe allegations could suggest Katz has more to scrutinize in her review.

“All of the stuff about him being a fraudster makes it so much more likely that he will actually be prosecuted,” said Mitchell Epner, a former federal prosecutor from the District of New Jersey.

That is why Epner believed the report could factor into a possible prosecution over unrelated actions, including whether Santos violated campaign finance law.

Campaign finance records show Santos loaned his campaign more than $700,000. A financial disclosure report filed in 2020, the year Santos ran for office, disclosed no assets and a salary of $55,000.

Epner said he could imagine “no world” where the money for the campaign loan — purportedly from Santos — was “personally generated,” as federal law requires.