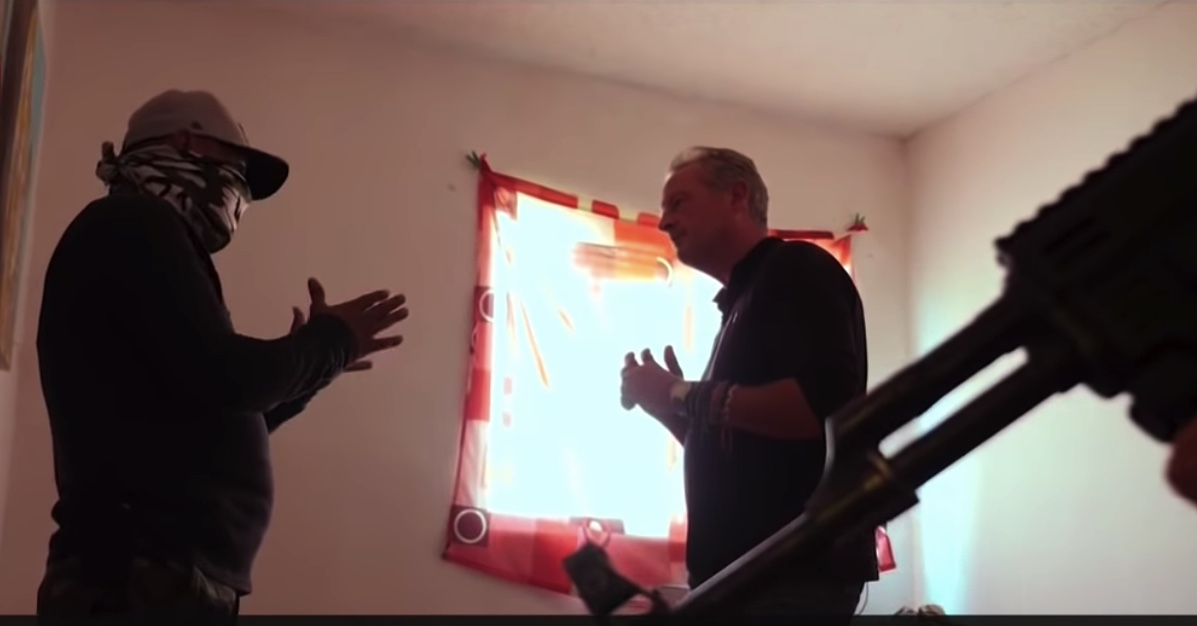 The Trump Administration’s fight to end illegal immigration at the U.S.-Mexico border may be unintentionally boosting business for human traffickers, if the professional coyote interviewed by Vice News is to be believed.

In a Thursday story, Daniel, a human trafficker, describes the process of smuggling human beings across the border for the Mexican cartel, as well as the purported real world effects of President Donald Trump’s stringent immigration policies.

Daniel claimed that since Trump’s election, there has been a “soaring demand for his services,” particularly from Central American migrants seeking to enter the United States, explaining that it has never been easier or cheaper for parents traveling with their children to reach the border.

“Before, people were scared of the desert. To be three or four days in the desert, with a jug of water. That deterred a lot of people. Something could happen, or the cobras are going to bite me, or there are animals in the desert that will eat me,” he said.

Daniel said that, when smuggling a group of people across the border nowadays, they’re advised to immediately seek out Border Patrol agents, turn themselves in, and pursue asylum cases.

“They said Donald Trump was not going to let the migrants pass, and was going to deport everyone there, but it was completely the opposite,” he remarked. “Donald Trump gave an opportunity for the entire world to get into the U.S. It’s a mystery. Nobody understands why Donald Trump is letting the migrants in.”

Daniel claims that every time Trump takes a hardline immigration stance and doesn’t follow through, this boosts business:

“No matter how much security the governments add, the smugglers are always going to find a way to get people through,” [Daniel] said confidently, wearing a Banana Republic T-shirt and a ballcap bearing a snowboard logo.

If anything, Daniel said, Trump has provided great marketing for coyotes: Every time he threatens to close the border or deport migrants, Daniel tells potential customers to go now, before Trump follows through on his threats.

Under the current administration, the Department of Homeland Security has been steadily shifting money and personnel away from combatting human trafficking and instead focusing its resources on arresting and deporting migrants already in the country illegally.

In the first fiscal year of Trump’s presidency, the number of new human-trafficking cases launched by Homeland Security declined by nearly 60-percent, dropping from 3,920 to 1,671, according to an investigation by Pro Publica. Additionally, the Human Smuggling Cell, the sub-division of Immigration and Customs Enforcement (ICE) dedicated to deterring and investigating trafficking, has been depleted, losing more than half of its staff since 2016.

While Daniel said that Trump’s recent agreement to have the Mexican National Guard start to assist Mexico in preventing future migrant crossings may cause some problems for his business, he did not seem worried, saying people will continue to seek out his services unless the U.S. economy takes a downturn.

“People might then say, ‘If I am going to suffer, better I suffer here than there.’”