President of NBA Champion Toronto Raptors Under Investigation by Police 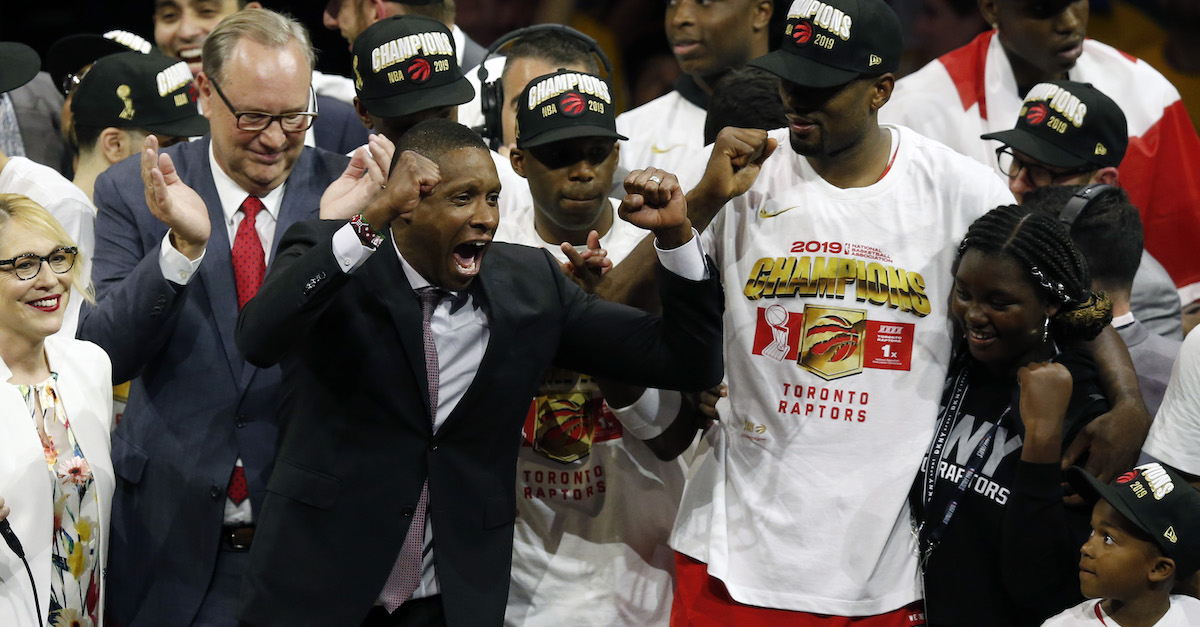 Masai Ujiri, the President of Basketball Operations and General Manager of the NBA champion Toronto Raptors, is reportedly being investigated on suspicion of simple battery of a sheriff’s deputy. The alleged incident is said to have occurred at Oracle Arena in Oakland, California after the Raptors defeated the Golden State Warriors in Game 6 of the NBA Finals.

Video of the incident started circulating late Thursday. Reports said that a man believed to be a Raptors executive pushed and struck a sheriff’s deputy.

#BREAKING: Sheriff's deputy reportedly pushed and struck in the face by a man believed to be a Toronto Raptors executive after Game 6 of the #NBAFinals at Oracle Arena, @ACSOSheriffs says. https://t.co/fobdK9iWEq pic.twitter.com/a4X0IysY5Z

According to USA Today‘s Dan Wolken, citing a department spokesman, the Alameda County Sheriff’s Office is “pursuing a misdemeanor charge” against Ujiri for simple battery.

Authorities claim that that when they were vetting individuals to see if they had credentials to go on the court post-game, the deputy “contacted Mr. Masai Ujiri as he attempted to walk onto the court.” The sheriff’s office claimed that Ujiri responded by pushing the deputy and hitting him in the face.

“He had no credential displayed, and our deputy asked for his credential,” Sgt. Ray Kelly said. “Mr. Ujiri didn’t produce them and pushed our deputy out of the way to gain access to the court. At that point our deputy tried to stop him and pushed him backward and then Mr. Ujiri came back with a second shove, a more significant push that, with his forward momentum, his arm struck our deputy in the face.”

Ujiri, as the image at the top of this article shows, ended up celebrating his team’s championship. Authorities said they declined to escalate the situation then and there because the Raptors were just about to be congratulated on national television for their championship efforts.

Sgt. Kelly claimed that the sheriff’s office “decided to take the high road in light of their victory but will submit a report for complaint.”

This situation is unfolding as rumors swirl that the Washington Wizards are considering offering Ujiri $10 million a year to lead their organization to long-desired greatness.