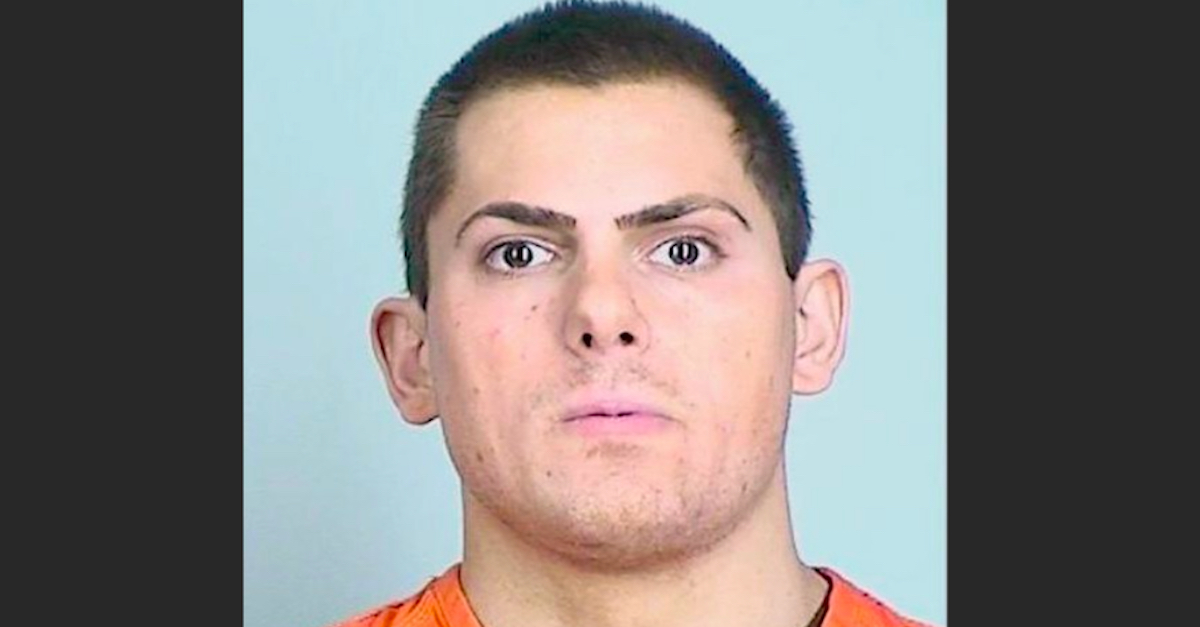 A prominent Republican political donor in Minnesota who was criminally charged in August with sex trafficking of minor girls is now facing a federal civil rights lawsuit from one of his alleged victims, a minor who claims the defendant tried to “coerce” her and her family into keeping silent about the sexual abuse.

The complaint, filed Tuesday in the U.S. District Court in Minnesota, claims that Anton “Tony” Lazzaro, 30, led a sex trafficking ring that targeted minor girls, then tried to use his wealth to buy their silence.

“Lazzaro used his power, wealth, influence, connections, and resources to recruit children as part of a predatory enterprise of perversion wherein he used whatever means he could to gain their trust so that he could prey on them,” the suit alleges. “When it became clear that Lazzaro had committed serious crimes, he attempted to coerce his victims and their families into keeping silent.”

As previously reported by Law&Crime, on Aug. 13, Lazzaro was arrested along with his alleged accomplice 19-year-old Gisela Castro Medina for obstruction of justice, sex trafficking, and conspiracy to commit sex trafficking of minors. Medina—who had recently been elected chair of University of St. Thomas College Republicans chapter—allegedly acted as a recruiter for Lazzaro. Prosecutors say Medina targeted girls and young women on social media, established a personal relationship with them, then received a fee when she introduced them to Lazzaro, who allegedly sought to exploit them sexually. 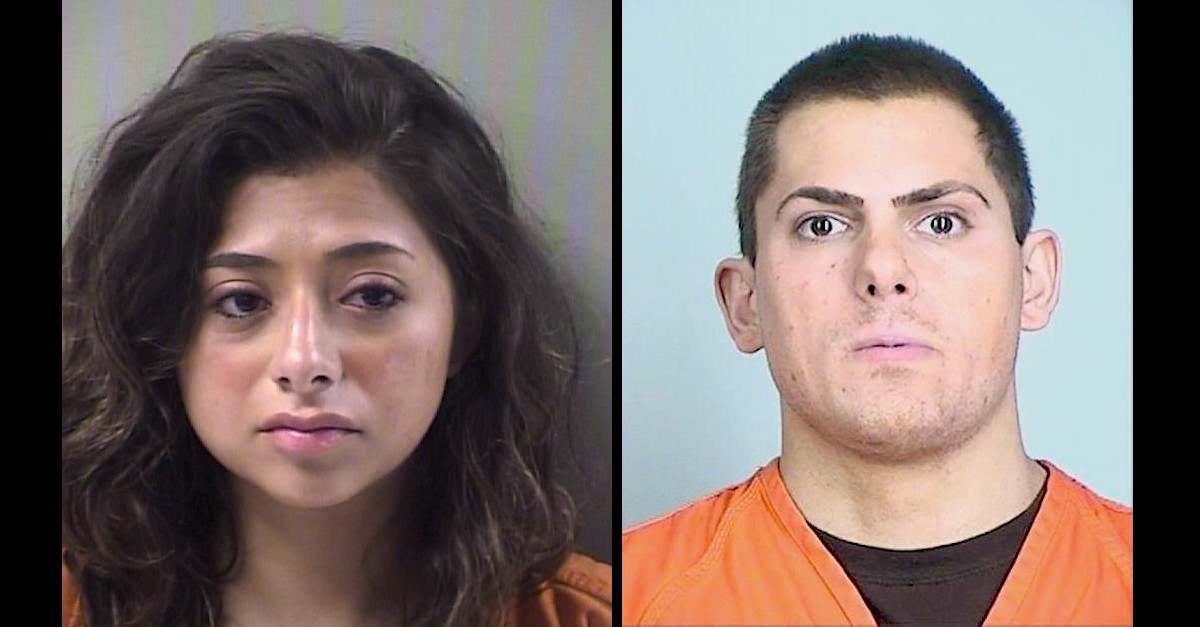 The suit was brought by a 16-year-old minor female, referred to as Minor Doe in the filing, and her parents who claim that in 2018 the then 14-year-old was one of the minor children targeted by Medina and Lazzaro for sex trafficking. The plaintiff and her parents were not named in the suit due to the nature of the allegations and the alleged victim’s age.

“In approximately late May of 2020, Medina began grooming Minor Doe to be trafficked by introducing her to Lazzaro and establishing him as a powerful, prominent and wealthy businessman and political figure,” the suit states. “Medina introduced Lazzaro to Minor Doe in person, using Minor Doe’s established trust with Medina to create trust with Lazzaro, who was seeking to sexually exploit the Minor Doe for himself.”

Medina is not named as a defendant in the lawsuit.

According to the suit, Minor Doe alleges that in the three months after she was introduced to Lazzaro, he would send cars to pick her up and bring her to his house where he “committed multiple commercial sex acts” against her. 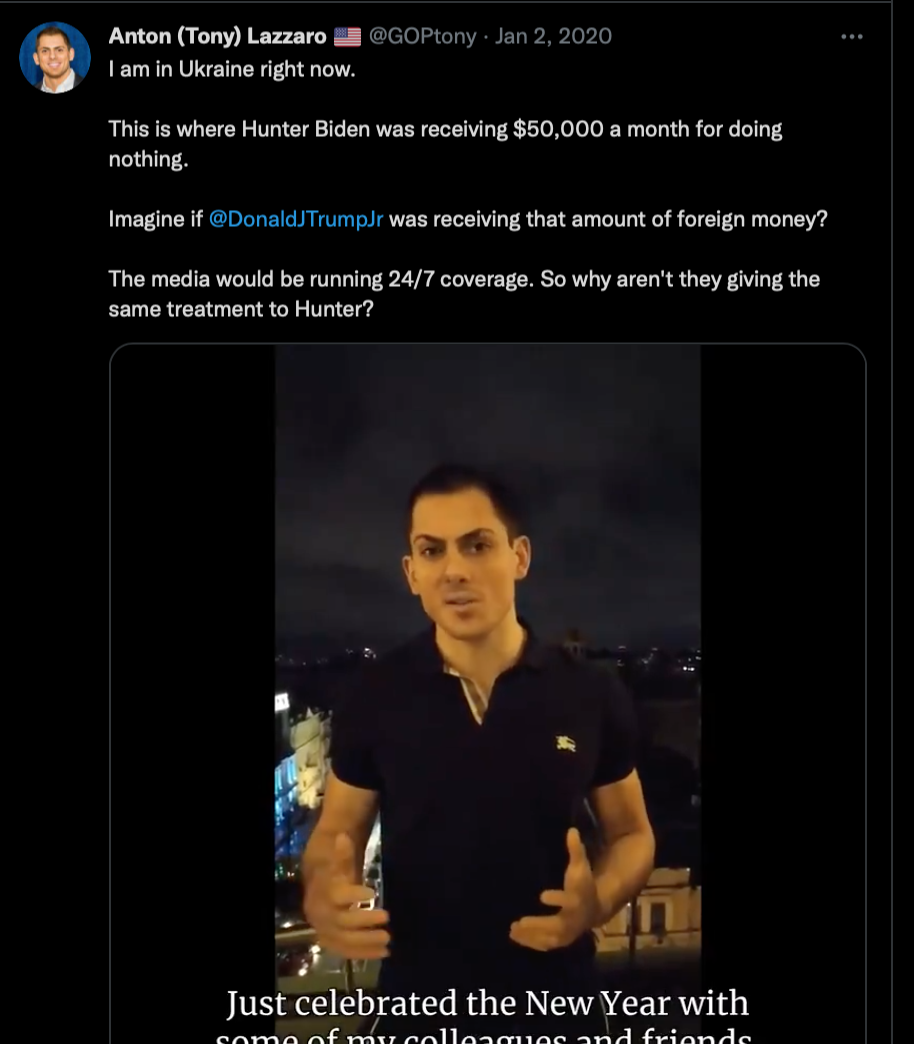 Minor Doe further claimed that, after months of repeated sex trafficking, an attorney representing Lazzaro attempted to purchase the silence of her and her family and “cover-up [Lazzaro’s] illegal activity with a non-disclosure agreement.” 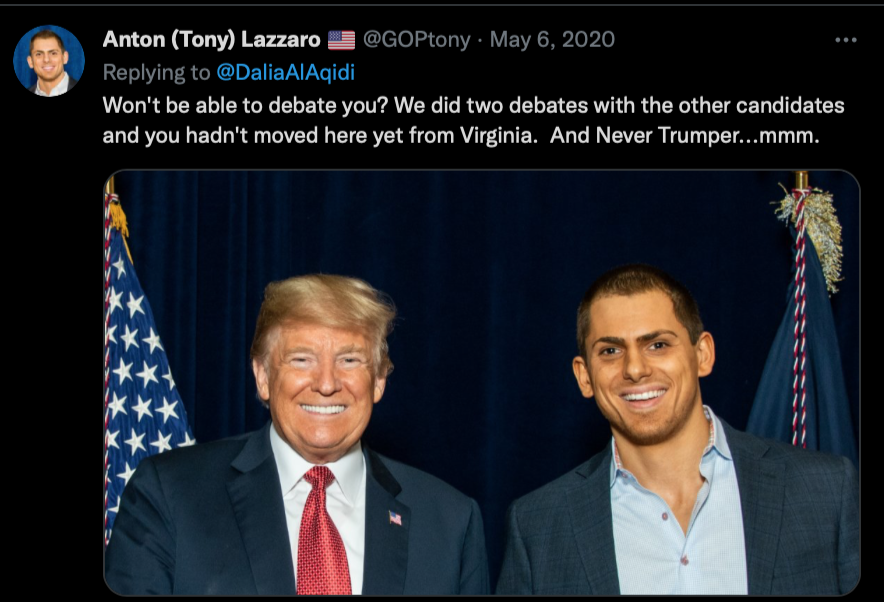 “On approximately July 29, 2020, Plaintiff Father Doe received a phone call from attorney Daniel Adkins of North Star Criminal Defense in St. Paul, Minnesota, on behalf of Lazzaro and Medina and offering Plaintiffs hush money and a non-disclosure agreement – a gag order – to require them to keep silent about Lazzaro’s sex trafficking activities so Lazzaro could continue the sex trafficking enterprise,” the suit states.

Per the suit, Adkins allegedly said that Minor Doe was “aggressively seeking to defame” Lazzaro and Medina on social media and threatened litigation if they did not enter into a non-disclosure agreement.

“The proposed agreement sent to Father Doe by Attorney James Gempeler of North Star Criminal Defense threatened Father Doe and Minor Doe with alleged claims for ‘disparaging social media posts, whether all are true or not’ and ‘a potential damage to property claim,’” the suit states.

Under the agreement, which allegedly claimed that “Lazzaro and [Doe] had a consensual interaction in the recent past,” Minor Doe would have received a payment of $1,000 to “not disclose the nature of the prior interaction with Mr. Lazzaro to the public,” per the complaint.

Minor Doe and her parents are seeking unspecified damages from Lazzaro, asserting that his actions caused her to suffer “great pain of mind and body, severe and permanent emotional distress, embarrassment, loss of self-esteem, humiliation and psychological injuries, sexual confusion, depression.” She is also seeking damages to cover the costs for medical and psychological treatment, therapy, and counseling.

“It’s really scary, what they did and tried to do here,” said attorney Jeff Anderson during a Tuesday morning news conference announcing the suit on behalf of the alleged victim. Anderson added that there would be “more to come” in reference to what specific acts were committed against his client and by whom they were allegedly committed.

Adkins and Gempeler did not immediately respond to emails for comment from Law&Crime, which also sought to confirm whether a non-disclosure agreement was sent to Minor Doe’s father, what the agreement entailed, and whether it referred to the alleged relationship between Lazzaro and a minor as “consensual.”