‘Pharma Bro’ Martin Shkreli Argues His Forfeiture Should be $0. The Judge Wasn’t Having It. 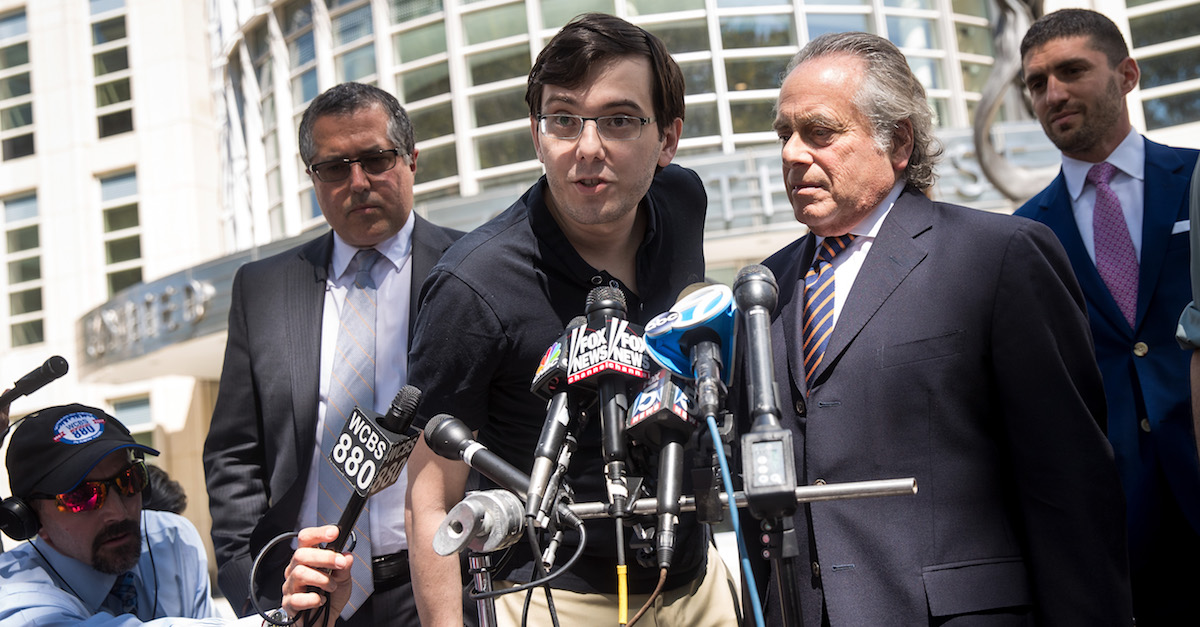 On Thursday, a three-judge panel in the U.S. Court of Appeals for the Second Circut upheld the criminal conviction of Martin Shkreli.

The judges also upheld a forfeiture of almost $7.4 million, which was imposed on Shkreli last year. Shkreli is currently serving a seven-year sentence in a federal prison in Pennsylvania for hiking the price of HIV medication in 2015. He was transferred there for reportedly using a cellphone to continue running his business while behind bars.

Shkreli argued that his trial judge, Kiyo Matsumoto, instructed the jury at his trial in an incorrect and confusing manner.

“The instruction given here correctly stated the law,” the appeals panel said in response. ”As such, we disagree with Shkreli that exclusion of additional language describing an element not required for the charged crime constituted a prejudicial error.”

Shkreli also argued that his forfeiture should be reduced to zero, as not all of his investors testified, and many of them made money off of his company. The panel also dismissed this argument.

Shkreli’s appeals lawyer, Mark Baker, told CNBC,  “We’re obviously disappointed, and we will consider and weigh whatever remedies are available.”

Baker is reportedly still considering whether or not to ask the U.S. Supreme Court to hear an appeal.