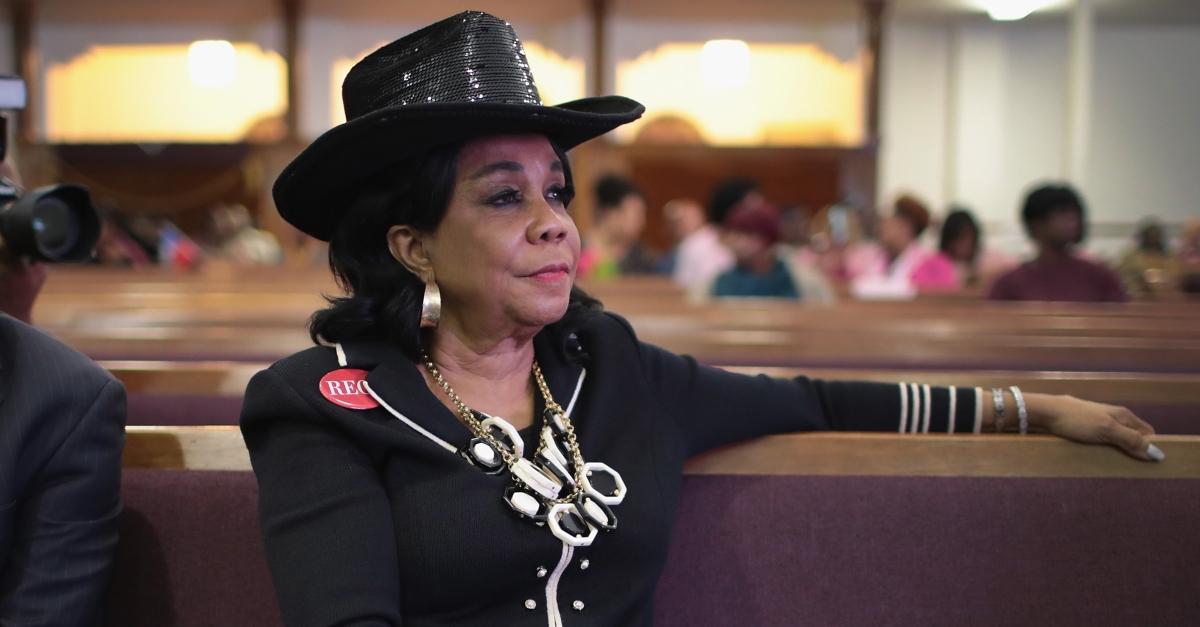 A Maryland man has been charged with allegedly threatening Rep. Frederica Wilson (D-Florida, 24th District) because she introduced a vaccination bill.

“I’m gonna kill your ass if you do that bill. I swear,” Darryl Albert Varnum said in a June 28 voicemail, according to the complaint obtained by The Daily Beast. “I will fucking come down and kill your fucking ass. And you’re a Congressperson, that’s fine. I hope the fucking FBI, CIA and everybody else hears this shit.”

Apparently, they did hear it, hence the charge of threatening an official.

“This is the United States of America, bitch,” he allegedly said. “Get the fuck out. I’ll tell you what I’ll come down to Miami bitch. I’ll fuck you up. Like the Cubans don’t even know.”

Wilson was only identified as “congressperson #1” in court documents, but the Beast said it confirmed that’s her. She had been working on a bill meant to stop states from providing “non-medical exemptions” for school vaccine requirements, according to a press release from her office:

Children for whom immunization is medically safe would be required to be vaccinated in accordance with the recommendations of the Advisory Committee on Immunization Practices.

Holocost [sic] has begun! I’m done with this bullshit. Time to step up or ship out!

His attorney of record didn’t immediately respond to a Law&Crime request for comment.

Varnum was described as a Pentagon cyber security contractor. He works for Sealing Technology, which is in a contract with the Defense Information Systems Agency. A 2015 incident mentioned in the complaint said that he was taken to a hospital for a mental health evaluation after his wife called police over his “behavioral issues.” It was alleged that he was intoxicated in the garage, was armed with a rifle, had a bottle of vodka, and claimed that Taliban were coming to his home.